Most of the people in the forum are already largely aligned with government positions. 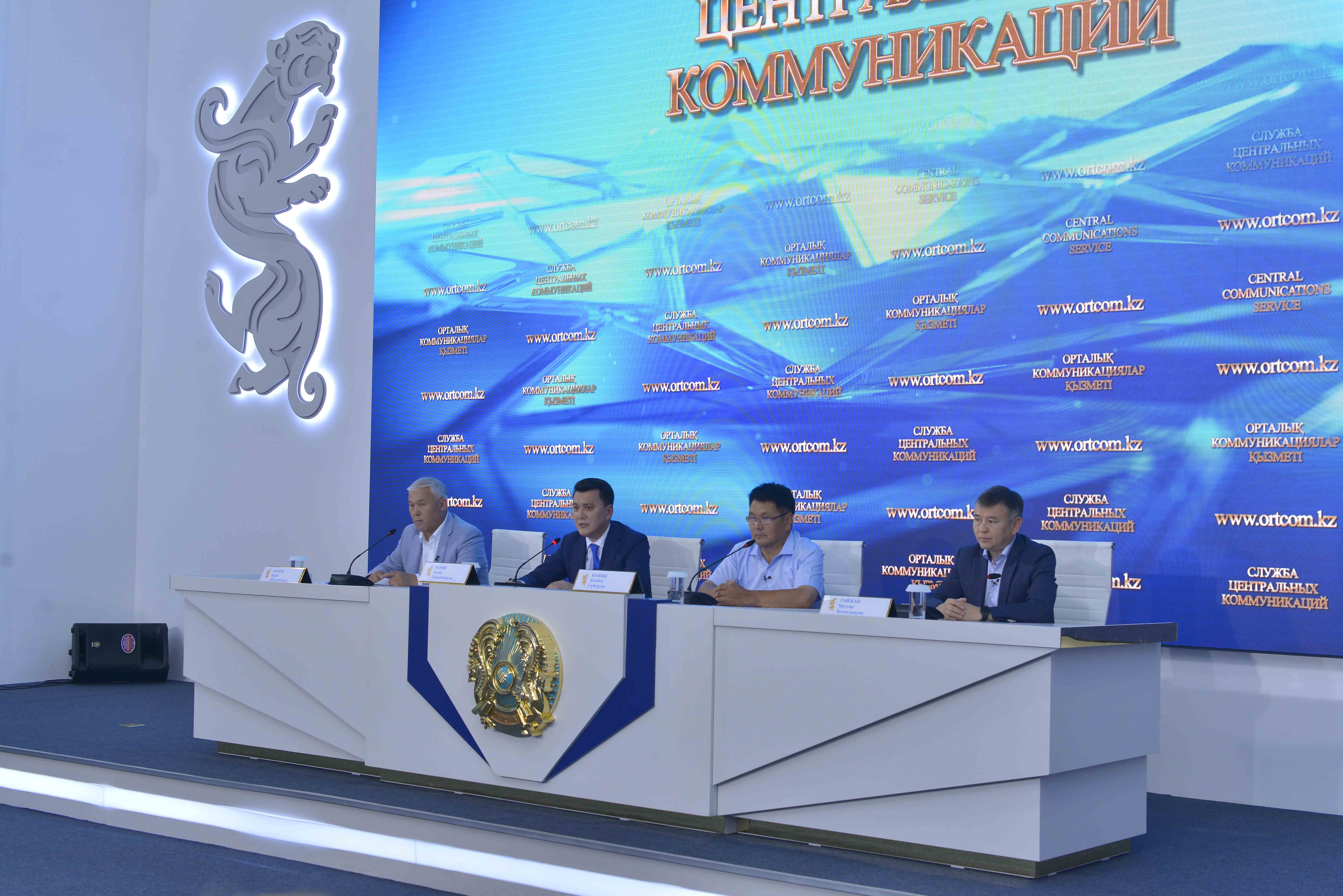 Karin, second from left, presenting the makeup of the National Council on Public Confidence on July 17. (Photo: Information Ministry)

A consensus-building forum convened by Kazakhstan’s government with the goal of taking the sting out of the mounting mood of public discontent has mostly been filled by pro-government figures, according to its detractors.

The National Council of Public Confidence unveiled by the president’s office on July 17 includes 44 people drawn from a range of public movements and state-affiliated organizations. Some members ostensibly positioning themselves as opposition figures have of late adopted notably conciliatory and pro-government views.

One standout figure on the mostly male council though is Aiman Umarova, a lawyer who last year came to prominence for representing an ethnic Kazakh woman who was facing possible deportation to China. Among Umarova’s clients there is also Serikzhan Bilash, who has made his name by drawing international attention to the plight of ethnic Kazakhs in China. Bilash is currently awaiting trial.

Speaking to state news agency Kazinform, Umarova expressed surprise that she had been included.

“It is very good that the government has turned its face to the people,” said Umarova, noting that she intended to focus her contributions to the council on human rights violations.

This consensus-building exercise came about following the wave of protests that took place before and after a widely denigrated June 9 election that saw President Kassym-Jomart Tokayev win a confident victory. Sensing that it was no longer possible to attribute such shows of unhappiness to chronic malcontents and foreign-based provocateurs – which has been the tactic favored for decades – the authorities tried to convey the impression it was engaging in dialogue.

The work of convening the council has been spearheaded by Yerlan Karin, a senior aide to Tokayev. At a press conference on July 17 Karin described the council as balanced for its inclusion of representatives of the government, older opposition figures and members of the youth-driven protest movements. He said an inaugural session of the council will take place on August 20.

Despite Karin’s claim, however, the council does not actually appear to include anybody from the Oyan, Qazaqstan movement, whose street-based activism was ostensibly responsible for the forum being created in the first place.

Figures within Oyan, Qazaqstan (Wake up, Kazakhstan) have said they will not participate in the forum, which they view as a waste of time.

Assem Zhapisheva, one of the more recognizable faces in that movement, has argued that the authorities have previously created similar public advisory bodies with the express goal of dissipating protest moods but that nothing concrete had come from the exercises.

In its Telegram channel, Oyan, Qazaqstan has stated that it does not acknowledge the legitimacy of dialogue without concrete commitments to real political reform.

“We call on all the nominated participants of the [National Council of Public Confidence] to show solidarity and leave, thereby preserving their reputation,” the statement said.

Bella Orynbetova, the leader of Respublika, a movement allied to Oyan, Qazaqstan, told Eurasianet that her group was not even offered to join the council.

“We voiced our conditions for dialogue with the authorities. Apparently, they considered these to be unfeasible,” she said.

Respublika has in the past demanded that the name of the capital, Nur-Sultan, revert to Astana and that the results of the June 9 election be revisited.

Human rights activist Sergei Duvanov argued that the member selection process for the council was designed to minimize the prospect for serious discussion.

"They were summoned together in order to create the illusion of dialogue between the authorities and society and to try to relieve social tensions in the country. These people are there to help this government stay in power as long as possible," Duvanov wrote on his Facebook page.