Without credible media, a lack of trust in government seems to be fueling anti-vaccination campaigns, pandemic be damned. 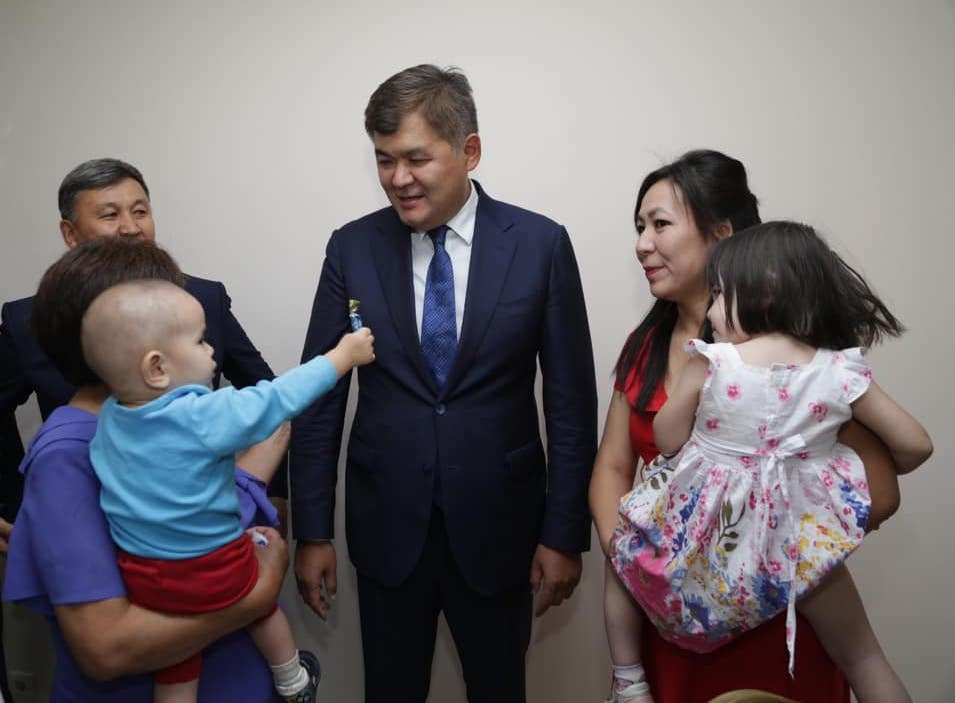 Not like taking candy from a baby: Health Minister Elzhan Birtanov in a ministry file photo.

Old rumors about vaccinations have acquired a new urgency in Kazakhstan during the coronavirus pandemic. With few sources of independent information, and social media rife with disinformation, a draft law that would mandate some immunizations is prompting a fierce backlash online.

Lawmakers began debating the bill earlier this year, before COVID-19 became a global issue, in response to a 2019 measles outbreak that was fueled by conspiracy theories and an enduring distrust in government.

The new bill, which the lower house of parliament approved on May 13 and sent to the senate, would require Kazakhstanis to undergo compulsory vaccination for 13 diseases, including hepatitis A and B, diphtheria, measles, rubella and others.

The pushback suggests the authorities will run into resistance if a vaccine is developed against COVID-19 and the government attempts to use it widely.

The measles vaccine is personal to Nur-Sultan-based activist Marina Shaymakhanova, whose infant daughter died last November. Officials told Shaymakhanova the cause of her daughter's death was heart failure, but she blames a measles shot the little girl had recently received.

Shaymakhanova released a petition on April 28 calling for the government to withdraw the legislation. In it she alleged that the World Health Organization operates at the behest of vaccine manufacturers. The petition has attracted more than 169,000 signatures to date.

Health Minister Elzhan Birtanov has tried to calm passions. "Recently, battles have been raging on social networks against the adoption of the law regarding mandatory vaccination with stories of low-quality vaccines, unfair procurement and improper transportation of vaccines, medical complications that do not exist, and supposedly a huge number of people refusing [vaccines]. These are outright manipulations of people’s minds!" he wrote on Facebook on May 13. “Not a single law in the field of health care has ever been discussed so openly and extensively!”

Fears are spreading that the new legislation is part of a global plot.

“Even though COVID-19 is just a type of flu, it was characterized as pandemic. The main reason for declaring a pandemic was to oblige people to receive mandatory vaccinations,” wrote Balginbek Imashev, a well-known traditional musician, on Instagram the day the bill was sent to the senate. “Nobody will require my children to inject vaccines. If the government intends to, I will renounce my citizenship.”

Factcheck.kz, a nonprofit run by a team of local journalists, is working overtime. Of the eight stories on a homepage carousel on May 20, five were responses to rumors about vaccines.

One video making the rounds on Kazakhstani social media purports to show an anti-vaccination rally in Poland; it was a 2017 political rally. Factcheck.kz has also debunked stories about Swiss lawmakers adopting a moratorium on vaccinations, and about European countries requiring Russians who apply for visas to implant microchips containing immunization certificates under their skin.