Akberdi’s husband was jailed for three years on similar charges. 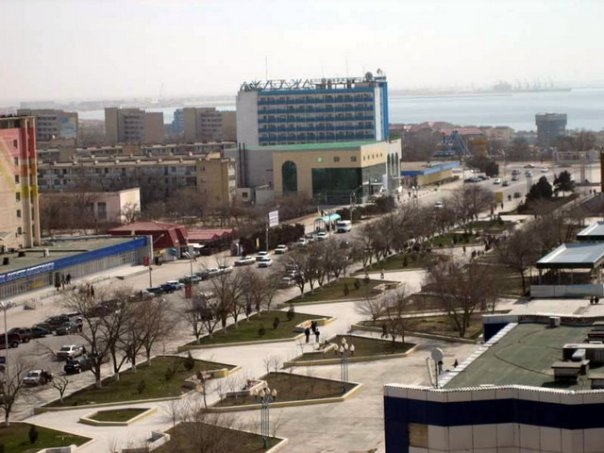 Despite being rich in oil, western Kazakhstan has seen little of the major investment lavished on other parts of the country. (Photo: Wikipedia Commons)

A court in western Kazakhstan on February 6 acquitted a local resident who was being tried for calling for the violent overthrow of the government, her lawyer told Eurasianet.

Zhanargul Sundetkaliyeva said that the judge in the Aktau court found no “evidence of criminal” intent by her client, Aigul Akberdi, who is a mother of four.

The verdict represents an extremely rare gesture of judicial clemency for Kazakhstan, which has prompted some to speculate about whether there may have been political motives behind the decision.

Akberdi’s husband, Ablovas Jumayev, was sentenced to three years in jail in September on similar charges. Jumayev appealed the ruling in December but the sentence was upheld.

Akberdi, 39, was accused by prosecutors of talking up revolution in February 2018 in the group of a messaging app linked to a banned opposition movement. Jumayev was convicted for purportedly doing the same through leafleting, but messaging apps are deemed a form of mass communication and their use consequently would, had Akberdi been found guilty, have incurred harsher treatment.

In her closing address to court on February 4, Akberdi denied the accusations against her and insisted she done nothing but spoken about pressing social issues.

The suggestion circulating in social media is that Akberdi’s acquittal may have happened because of a recent, unrelated event that has dominated the public conversation. On the night of February 4, a blaze at a rented makeshift house in the capital, Astana, claimed the lives of five children, the smallest of whom was just one year old. The impoverished parents were at work and had left the children unattended.

This unspeakable tragedy has triggered fresh accusations that government officials — specifically, Labor and Social Protection Minister Madina Abylkasymova — are doing little or nothing to support large families. On February 6, hundreds of people, including mothers with children, organized a rally in Astana to demand the authorities do more to improve the lot of the most hard-up.

The optics of jailing a mother of four small children in the wake of those developments might have been poor.

Sundetkaliyeva, however, said she was not inclined to draw the connection.

“It was the absence of evidence of Akberdi’s guilt that brought about the acquittal,” the lawyer said.