Authorities are trying to balance the interests of big business with rising community resistance. 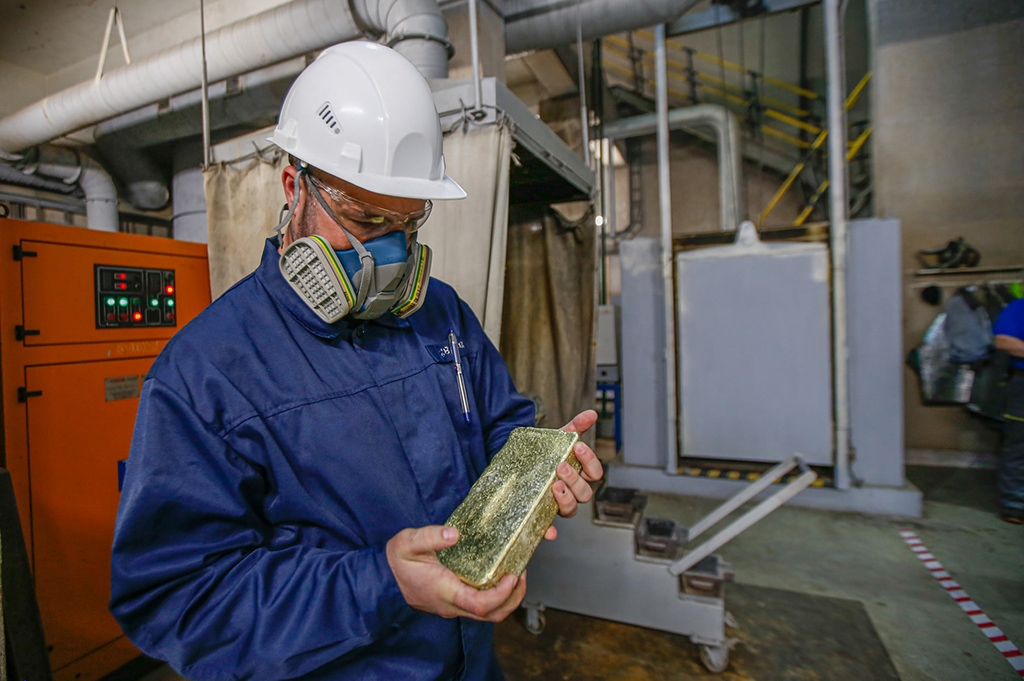 A pair of environmental activists hounded over their opposition to a gold mining company have been let off the hook by a judge in northern Kazakhstan after spending almost a year facing jail time.

A court in the city of Stepnogorsk on June 27 found Nikolai Katchiyev and Aleksandra Nazarenko guilty of spreading false information and handed them non-custodial sentences.

Prosecutors reduced the charge at the last minute from the more serious accusation of inciting social hatred. The judge, presiding over an online courtroom, also noted that their conviction fell under an amnesty effective immediately.

The decision leaves the two free, in theory, to return to their activism, although authorities in their home village are currently trying to head off that outcome.

Bestobe, a settlement of around 7,000 people some 200 kilometers from the capital Nur-Sultan, has a gold mining tradition stretching back almost a century.

Katchiyev and Nazarenko have led local resistance to Kazakhaltyn, the privately-owned company that operates a gold mine close to the village.

Prosecutors said the activists spread information that the company’s activities “negatively affect the ecology of the village, the health of the population and lead to the loss of livestock,” despite state experts giving the project a clean bill of health.

The company, which was in 2020 absorbed by another local mining company, Altynalmas, has been particularly unpopular for the last four years due to chronic dust pollution generated by its refinery and over its plans to build a tailings dump near the village.

Another source of opposition is internal – from workers who face redundancies if a plan to restructure the gold mine from closed-pit to open-pit operations goes ahead.

These complaints were allowed to fester, and activists have often argued that the justice system works in the company’s interests.

Katchiyev in particular felt the force of the police state last September, when he said security officials raided his house not long after he penned a letter to President Kassym-Jomart Tokayev demanding a solution to Bestobe’s environmental ills.

Investigators broke in through the window of a room where his 13-year-old son was sleeping and confiscated a laptop, Katchiyev told media.

As the accusations against the pair took shape, prosecutors invoked a familiar bogeyman – the banned Democratic Choice of Kazakhstan movement (DVK) – to frame Katchiyev and Nazarenko as puppets beholden to foreign-based regime foes, rather than protagonists in a local struggle.

But DVK did not figure in the June 27 verdict. The judge ruled that prosecutors had “erroneously qualified the actions of the perpetrators [as] aimed at inciting social hatred,” while ascertaining that Katchiyev and Nazarenko had spread “deliberately false information that creates a risk of violations of public order.”

The defendants’ fortunes appeared to benefit from a political change at the top, after unprecedented and deadly violence in January left the regime even more unpopular than usual.

Part of Tokayev’s effort to address the roots of the unrest has been to attempt to make provincial governments more responsive.

A decree that he signed in March tightened requirements for face-to-face meetings between local officials and residents.

As a result, Akmola’s top official, Yermek Marzhikpayev, was forced to visit Bestobe and discuss the village’s problems. During an April 28 meeting attended by Eurasianet, Marzhikpayev promised residents support in its dialogue with Altynalmas, even pledging to block the restructure of the gold mine.

That does not mean that activists like Katchiyev and Nazarenko have become heroes in the eyes of the state, however.

Their convictions will stand. Across Kazakhstan, acquittals – which could be seen as subtle hints that civic mobilization is becoming permissible – are vanishingly rare.