Analysts have expressed skepticism over Russian claims the terminal was damaged in a storm. 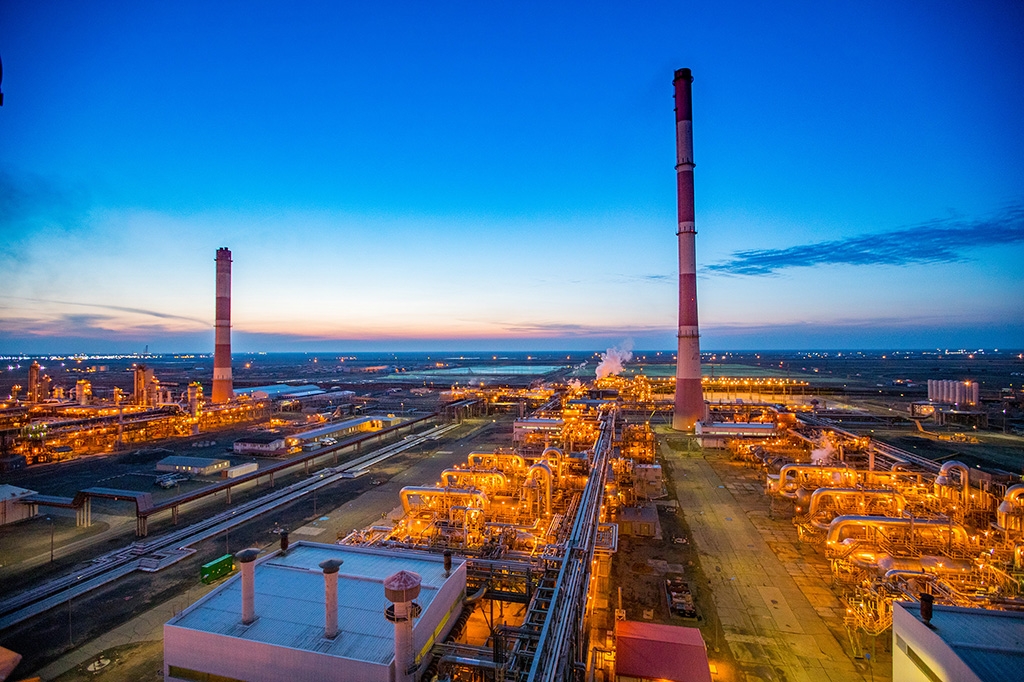 The pipeline starts at the Tengiz field on Kazakhstan's Caspian Sea coast. (tengizchevroil.com)

A consortium operating the pipeline that Kazakhstan uses to export the bulk of its oil has said the route may be largely unusable for up to two months because of infrastructure damage caused by a recent storm.

The Caspian Pipeline Consortium, or CPC, said in a March 22 statement that two of three tanker loading facilities at the Russian Black Sea port of Novorossiysk, which allow ships to take on oil at a safe distance from the shore, have been rendered inoperable.

CPC chief executive Nikolai Gorban told reporters on March 23 that the loading of oil at the Novorossiysk terminal has stopped completely for the time being. While oil can be fed into the 1,500-kilometer pipeline, which starts at Kazakhstan’s giant Tengiz field on the eastern shores of the Caspian, shipments in March and April will fall fivefold compared with the usual volume, he said.

The consortium has said it will struggle to find spare components for the damaged tanker loading facilities because of the international sanctions imposed against Russia in response to its invasion of Ukraine. Russian Deputy Energy Minister Pavel Sorokin said oil exports through the CPC pipeline may drop by about 1 million barrels daily over the two months it takes to effect repairs, Russia’s state-run news agency TASS reported.

Analysts cited by the Financial Times expressed some skepticism about the claims of storm damage, noting that none of the consortium’s Western partners, which include the majors Chevron and Exxon, who own 15 percent and 7 percent stakes, respectively, have been able to carry out their own inspections.

This drop in deliveries is going to be particularly painful for Kazakhstan. More than two-thirds of the country’s oil exports go through the CPC pipeline.

In 2021, CPC shipped 60.7 million tons of oil, equivalent to roughly 510 million barrels, through the Novorossiysk terminal. Of that total, 53 million tons came from the Kashagan, Tengiz and Karachaganak fields in western Kazakhstan. Another 7.7 million tons was delivered by Russian companies.

Kazakhstan's Energy Ministry said on March 23 that it is “consulting with the CPC on the timing of the resumption of operations at the marine terminal" and that it is also, in the meantime, considering alternative routes for oil exports.

Experts note, however, that there are few viable options.

Oleg Chervinsky, an energy journalist, told Eurasianet that one possibility was to redirect oil flows from the CPC pipeline to the northbound Atyrau-Samara pipeline into Russia. This would mean mixing high-quality Tengiz crude with the relatively impure Russian Urals blend, which currently trades at around two-thirds of the value of the Brent blend that is most commonly quoted on international markets.

Going by sea across the closed Caspian and feeding oil into the Baku-Ceyhan pipeline would only go some way to addressing the export shortfall, since handling capacity at the Kazakh port of Aktau is constrained, Chervinsky said.

"Unfortunately, stopping shipments from the Novorossiysk terminal will lead to a decline in oil production in Kazakhstan, which will lead to a shortfall in revenue for exporters and a reduction in tax revenues further down the chain," he said.