Used cars are far cheaper in other members of the Eurasian Economic Union. So some 170,000 Kazakhs imported cars from these partners duty-free. Now they’re getting an unexpected bill. 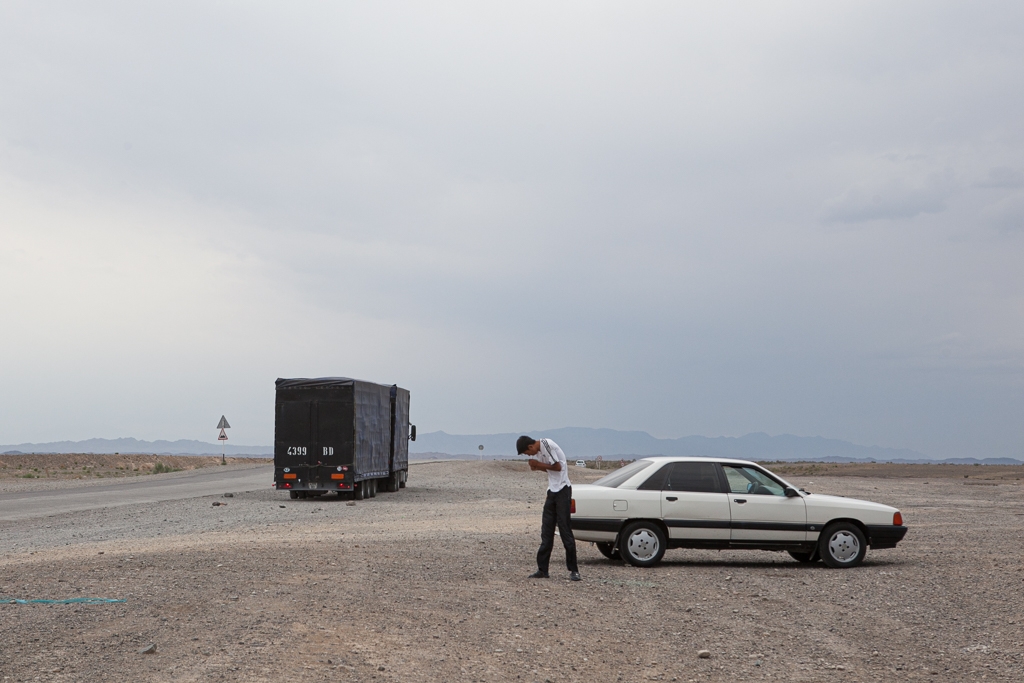 The authorities estimate there are around 170,000 vehicles registered in places like Armenia, Kyrgyzstan, Belarus and Russia circulating on Kazakhstan’s roads. (photo: David Trilling)

When Dastan Kuldanov paid a little over $5,000 for a second-hand Nissan X-Trail last March, it felt like a bargain.

But with this year’s introduction of new rules on vehicle registration, Kuldanov is about to get another bill – one that could set him back more than buying the car in the first place.

Cash-strapped motorists in Kazakhstan are livid. There have been spontaneous demonstrations up and down the country. Some are now threatening to go to the streets on February 22, joining the ranks of a protest rally summoned by the government’s most persistent, foreign-based critic, thereby further politicizing the issue.

Kuldanov told Eurasianet that his purchase was not an indulgence.

"I have two sons and a daughter. I take them to, and pick them up from, school. I also give my wife lifts to her work,” said Kuldanov, who lives in the northwestern city of Aktobe.

Kuldanov did not want to take on more debt, as he is still paying off his mortgage, so he decided to copy a popular trend.

“I saw many cars being brought over from Armenia. They were secondhand cars in good condition. So, I went to Yerevan with my friend and bought a Nissan X-Trail for 2 million tenge [$5,200],” he said.

Many others are doing the same.

The authorities estimate there are around 170,000 vehicles registered in places like Armenia, Kyrgyzstan, Belarus and Russia circulating on Kazakhstan’s roads. The appeal of those countries is that they are members of the Eurasian Economic Union, or EAEU, trading bloc, so customs payments are not an issue.

The Interior Ministry is not amused. Only people from those countries are permitted by law to drive around, for limited periods, with their foreign plates. Kazakhs importing cars for the long haul should get registered and pay their taxes like everybody else, officials say.

What is more, vehicles not locally registered become a particular headache when accidents occur, since drivers of foreign-registered cars are in effect not recognized as being local residents.

Car-owners grumble, however, that the government has pulled a mean trick by cracking down and charging exorbitant fees after the fact.

In the face of a spike of anger over this issue, President Kassym-Jomart Tokayev intervened by approving a temporary, interim registration regime, which has in effect given motorists until March 1, 2021, to comply.

That may just compound the problem.

Kuldanov told Eurasianet that he will have to pay 1.3 million tenge [$3,500] just to get the interim yellow plates. And the problems do not end there.

"To get temporary registration, the car needs to meet Euro-5 or Euro-4 emission standards. Most of the cars imported from Armenia do not meet even Euro-4 standards,” he said.

Kuldanov said that by the time all is said and done, he will have spent double on registration than he did buying his car in the first place.

Askhat Bersalimov, who lives in the business capital, Almaty, went to Yerevan in December to buy a Toyota Alphard minivan. That vehicle was to be his meal ticket.

One reason that motorists look abroad is that the second-hand market in Kazakhstan is still very weak.

"The local second-hand market offers old and worn vehicles,” Bersalimov said. “New cars at the car dealerships are expensive. We do not have any option other than to buy in Armenia.”

Ruslan Lazuta, who runs a civic organization that provides legal assistance to motorists, said the blame for the impasse lies with the Interior Ministry, which he says failed to properly warn about its plans in good time.

"Kazakhstan allowed 170,000 cars from other EAEU states to enter the country. And over this whole time, the Interior Ministry took no action. Moreover, they promised to create an online registration system,” Lazuta said. “But now they have designated all citizens who bought cars in Armenia and Kyrgyzstan as lawbreakers.”

Lazuta has raised the stakes of this confrontation by filing a police report against Interior Minister Yerlan Turgumbayev and his deputy, Marat Kozhayev.

"They should be prosecuted for dereliction of duty,” Lazuta said.

As Eduard Poletayev, an Almaty-based political analyst, told Eurasianet, this is not the first time the government has made a foe of motorists.

“The authorities went through a similar experience with right-hand-drive cars in 2006, when they decided to ban their importation and use. But after car owners protested, the government made concessions by allowing the import ban to stand, but allowing the cars to be used,” Poletayev said.

Officials are usually wary of anything that could feed public discontent among normally apolitical sections of the population, so this whole episode looks like a strategic bungle.

“Owners of cars with foreign license plates have already held protests and organized a petition of 5,300 signatures, which has been sent to the authorities,” Poletayev said. “There is talk of creating a movement to defend the interests of motorists. When the authorities start picking people’s pockets, that immediately provokes anti-government sentiments.”

Still, there may yet be room for compromise.

“The authorities could divide cars with foreign plates into categories – old and newer, for example – and then apply different customs clearance rates to them at a later date,” Poletayev said. “They could also push back the deadlines and make utilization fees lower.”

Yelnur Alimova is a journalist based in Almaty.