The tenge is sliding once again. 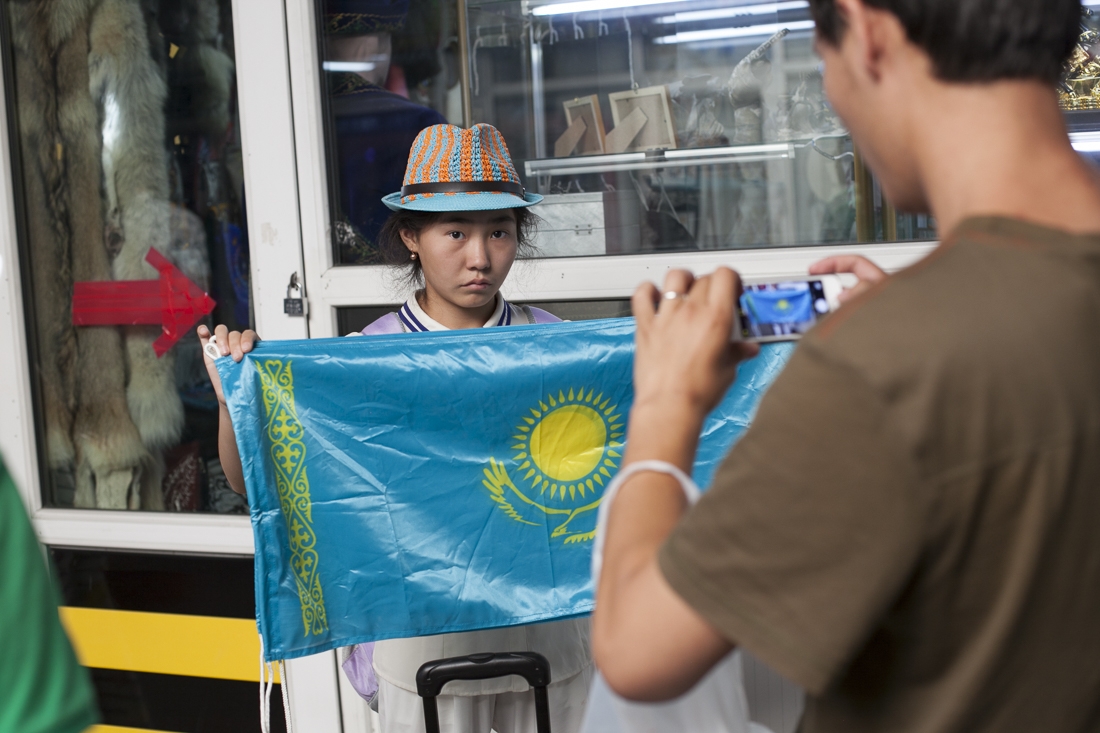 When Almaty resident Alina Seitova first made plans to tour Europe, Kazakhstan’s currency, the tenge, was in far better shape.

Following the tenge’s recent slide, that trip has been put off – “until better times,” Seitova told Eurasianet.

“I saved up for months for this trip, so my daughter and I could go for what would, possibly, be the best holiday of my life. We will just have to buy dollars and tighten our belts. The experts are saying the tenge may fall even further,” Seitova said.

Over the summer, the tenge has slipped around 11 percent to the dollar and the euro, considerably weakening people’s buying power. The official rate currently stands around 370 to the greenback, though a dollar can fetch a few more tenge on the open market.

The tourism sector was one of the first to feel the pain.

Almaty tourism agency Rio Tour told Eurasianet that many clients have, like Seitova, cancelled holiday plans at the last minute, since the cost of travel abroad is inescapably tied to currency rates.

Monetary authorities have traditionally allowed the tenge to weaken in response to a fall in the price of oil, Kazakhstan’s most valuable export commodity. This August, the National Bank announced that the most recent slide was caused by a range of geopolitical troubles, including U.S. sanctions on major trading partners like Russia and Turkey. The regulator said it was prepared to intervene to calm markets.

Kazakhs may have gotten off relatively lightly this time, though. Previous devaluations were far deeper. In one big bang, the National Bank allowed the tenge to fall 24 percent in February 2009; then by 19 percent in February 2014. The most dramatic collapse began in August 2015, when the National Bank allowed the tenge to float so as to keep its gold reserves intact. The currency later stabilized at somewhere near half its former level.

Dmitry Sinitsyn, a designer from Astana, recalled how he was unable to buy a computer monitor on the morning of that black day in February 2009.

“I went onto the electronic equipment store’s website and I saw a blank page that just had the words: ‘We’re in shock too!’ The management had changed the prices,” he told Eurasianet.

“Just imagine, you have decided to buy an apartment, you agreed on a price and you left a deposit. And then after the dollar spikes, the seller increases the price by 20 percent,” he said. “As a rule, the deal is off. This is a stressful situation in which everybody loses.”

Then again, for some companies, currency wobbles are a chance to increase sales. A dealership in Almaty selling German cars has been tempting customers with a giant sign reading: “We are sticking to the 340 tenge [to the dollar] rate!” That translates into a 10 percent discount, on paper.

Political analyst Daniyar Kusainov, who is from Kazakhstan but has been based in Norway since January, said he believes Kazakhstan’s economic model is unsound and serves only the interests of a “narrow circle of people.”

“With every devaluation, the people trust the government ever less,” he said.

The authorities, meanwhile, continue to insist that the falling tenge stimulates exports and generally benefits the economy. But the view among the analytical community is indeed that the government is mostly focused on fixing its own problems.

Economist Alexander Yurin told the InformBuro news website in July that by letting the tenge depreciate, the government is able to generate more tax revenues and nominally hit it budget revenue targets.

“First of all, this is taxes on international trade and the extractive industry. […] The arrears connected with the collapse of the banking sector were compensated for by taxes raised on the extraction of raw materials,” Yurin said, alluding to a report issued by the Finance Ministry in June.

Some international indicators point broadly to a general decline in purchasing power. In 2007, Almaty was listed among the 30 most-expensive cities in the world as compiled by consulting company Mercer. This year, Almaty places 187th. Average monthly salaries in Almaty, according to the city administration, stand around $560, which is at least better than the average for the rest of Kazakhstan, where salaries are around one-third less.

This may help explain a demographic trend where emigration has outpaced immigration for six years running. There was a time when Kazakhstan was something of a magnet for ethnic Kazakhs living in neighboring countries, but lately the tendency is for people to go abroad and search for new opportunities.

Edil Soranbayev departed Almaty for the city of Poryon in South Korea last year, leaving his old job as a chef in a restaurant to become a construction worker. He took a dollar loan several years ago to buy a plot of land for a home, he told Eurasianet. And then one of the devaluations hit.

Soranbayev said he makes no less than $100 daily in South Korea.

“That is a lot more than I made in Kazakhstan. I have enough to live on. I can even save some money,” he said.