Kazakhstan: Diary of a city in quarantine

We’re not allowed in or out. Gossiping thrives in such times as these. 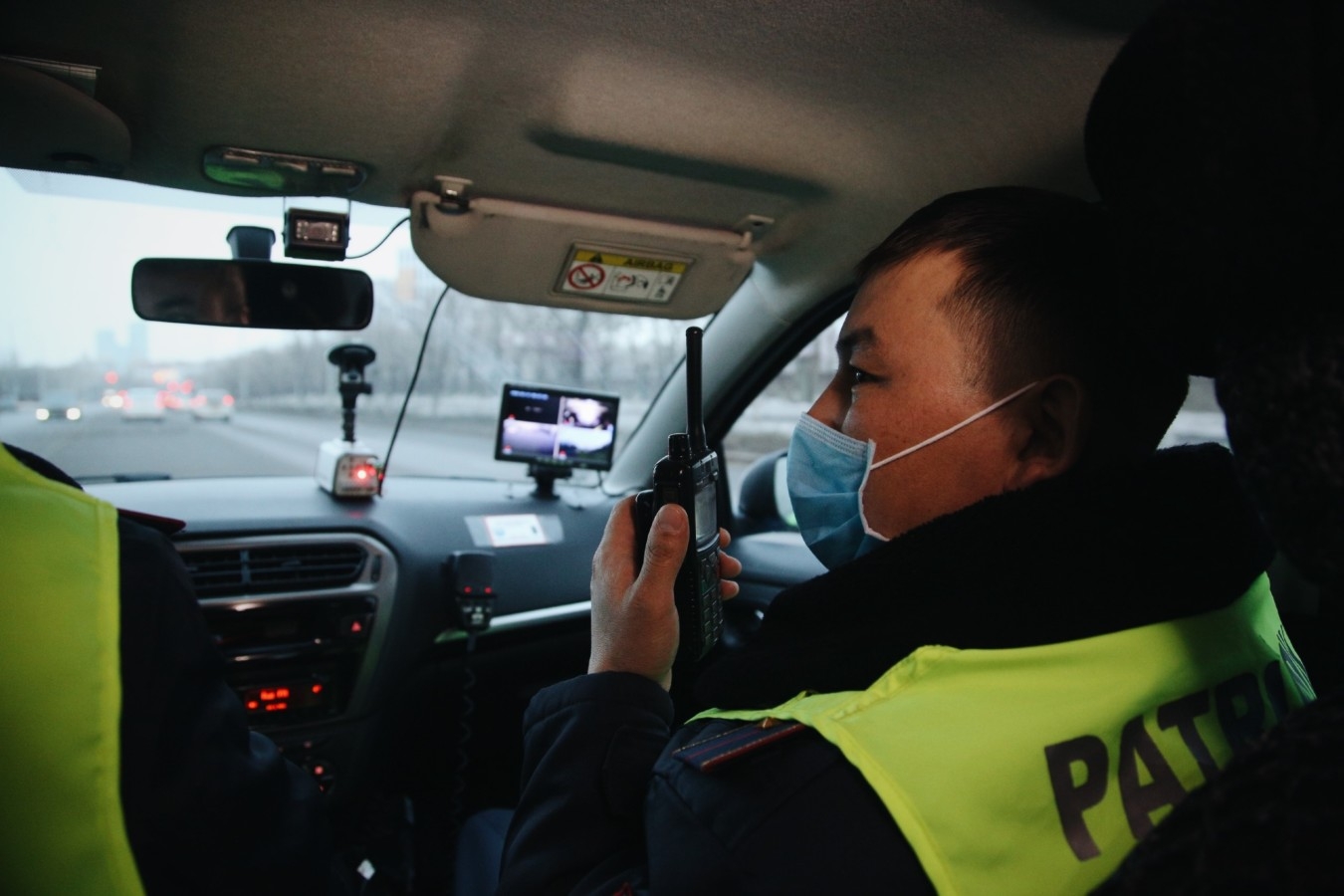 It was well after sundown on March 19 when phalanxes of police officers in Kazakhstan’s business capital, Almaty, encircled the upscale, 14-story Sunkar residential apartment block.

This was the first of several buildings in the city to get the extreme two-week quarantine treatment after it was confirmed that one person inside had tested positive for the novel coronavirus COVID-19.

Inside this human chain stands a shoe repair shop with a bitterly ironic name: Little Italy.

Law enforcement officers strictly monitor the area to see that nobody enters or leaves. Only residents have been allowed in since the quarantine regime was put in place. They are not allowed out. Local authorities organize deliveries of food and hygiene products.

The rest of us in Almaty have it better, but not much. Since March 22, the whole city has been in a state of lockdown. Soldiers and police have sealed off all entry points and are turning away even residents. Before the door slammed shut, people were given a choice, like a cat before bedtime: in or out. The capital, Nur-Sultan, is in the same position.

Gossiping thrives in such times as these.

A WhatsApp audio message from a woman claiming to be a resident of the Sunkar building has been doing the rounds. She tells the (probably apocryphal) tale of a man who took advantage of his wife’s absence – before the surprise quarantine – by calling in a prostitute. Once the police had arrived, this guest was unable to leave. How the wife reacted upon her return is not recorded.

Things really began to escalate after March 13, when the first coronavirus case was confirmed. Two days later, President Kassym-Jomart Tokayev declared a nationwide state of emergency. That required places of entertainment, schools, universities – most places in which large groups might assemble – to close. Businesses were strongly advised, where possible, to have employees work from home. As of late afternoon on March 25, there were 80 confirmed coronavirus cases in Kazakhstan.

It is said that pockets of mischief-makers are determined to buck restrictions and even profit from them, however.

One rumor circulating on social media is that law enforcement officials manning the checkpoints can be persuaded to let people through in return for a bribe. Such claims may be just sheer bravado.

On March 23, local media reported that police had caught a taxi driver taking fares of up 50,000 tenge ($110) to somehow spirit people in and out of Nur-Sultan. A fare around the city in a licensed cab normally costs $5 or so. Others have tried to slip through on foot. Some get caught. Others – who knows how many? – do not.

My household is doing its bit by complying with pleas to remain at home. Anybody with a view of the Tien-Shan mountains at this time of year will know how incredibly hard this is. Readers in Nur-Sultan may disagree, but it is not so bad for them. They live in a cold and wind-battered steppe and they don’t have these beautiful places to visit just beyond the city limits.

Almaty denizens usually cannot get by without their daily strolls in the open air. At the weekend, thousands throng the Medeu skate rink or the Shymbulak ski resort. Our favorite is a trout farm where you can catch your own fish and have it cooked on the spot.

My kids are especially fond of Family Park, which is full of funfair rides and has a mini-zoo where you can feed rabbits, peacocks, goats, geese and lambs. For the martial-minded, there is a plane and an armored car for children to clamber over. No more. Family Park is closed until further notice.

The Almaty and Nur-Sultan lockdown arrived just ahead of the Nowruz spring holiday. This period is usually observed with days of partying in central squares. Almaty traditionally has an event in which representatives of all the country’s many ethnic communities set up stalls and show native customs and cuisine. Children chomp on cotton candy and young lovers stroll hand in hand.

Last year, an exiled opposition figure piggy-backed the anticipated throngs by getting his supporters to come out and protest against the government. Those that came out were duly scooped up by the police. This year, nothing. Even the dissidents are not willing to brave the coronavirus and the associated lockdown.

Instead, we are bracing for life in isolation until April 15, which is the current slated end of this enforcement regime. It could be later. Health Minister Yelzhan Birtanov has said the peak of the epidemic might come in early April, but if that estimate turns out to have been overly optimistic, the lockdown will likely be extended.

In my family, we head out once daily to do the shopping. For protection, I wear an FFP2 mask (which this website says offers 92 percent minimum filter efficiency) and eyeglasses.

If there was a moderate amount of hubbub after the state of emergency was declared, things have returned more or less to normal in the stores. Guards check temperatures with a heat sensor at the entrance. But the displays are filled with in-demand food like meat, flour and pasta. This region has not suffered the same peculiar panic around toilet paper that we have seen in places like the United States and Britain. That said, most of the cheap stuff is gone.

Tedium is an ever-present enemy.

After years of resisting the urge, I have paid for a streaming service, so as to keep a bored family occupied.

State-owned telecommunications company Kazakhtelecom, which offers internet and cable TV services, is doing its bit. The company says it will not cut off people who fail to make their monthly payments during the crisis. They have also broadened their cable package to the full 170 channels for all customers.

According to a colleague, there is at least one wine delivery service taking orders of up to 12 bottles at a time. Prices for booze are spiking though.

Although many businesses are temporarily winding down, others are going into recruitment overdrive. Workers who live outside the city limits can no longer make their daily commute, so there is a sudden surge in demand for replacement cooks, couriers and cashiers.

People used to less taxing jobs are reluctant to take the bait. I have a friend who worked as a manager at an events agency in Almaty who was told that he would have to be put on furlough. His employer advised him candidly that he should probably look for another job.

But the vacancies are not inspiring him.

“I used to organize cool parties, hung out with celebrities, a lot of famous showbusiness stars know me. What if somebody I know sees me at the checkout counter at the supermarket?” he asked.

My friend shyly declined to have his name published.

In some encouraging news, the police on March 23 gleefully announced there had been a sudden decrease in crime in Almaty. One day after the city was locked down, the number of reported cases of theft decreased by half.

The lack of cars on the road seems to have had a remarkable effect on the air too. Facebook user Rinat Tasbulatov posted video footage of an unusually clean skyline.

“In all my years, it is the first time that I can see the lower slopes of the city. It is usually covered in smog,” comments a woman heard talking in the background of Tasbulatov’s video. “You might not call this good fortune, but misfortune can be good.”