Tokayev changed around some top officials on his 100th day in office. 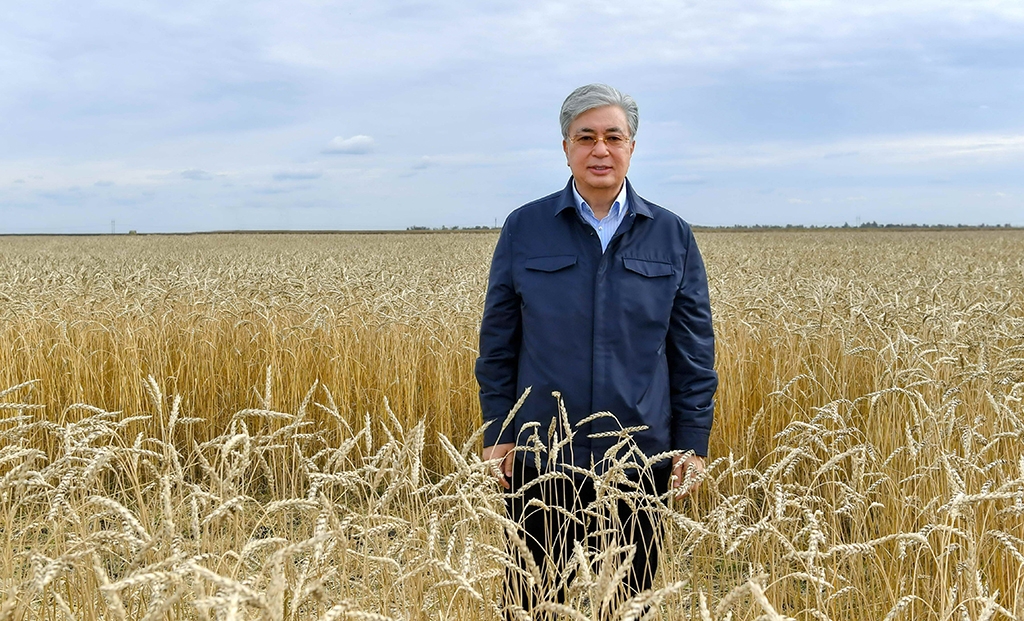 Out standing in his field: Is Tokayev's reshuffle about sorting the wheat from the chaff? (Photo: Presidential administration)

On his 100th day after being elected to his post, the president of Kazakhstan, Kassym-Jomart Tokayev, has overseen a reshuffle of top officials, raising questions about possible shifts in elite power dynamics.

Among the major changes announced on September 18 were the appointment of a new presidential chief of staff – the outgoing governor of the Karaganda region, Yerlan Koshanov, will take over from Krymbek Kusherbayev. The latter has been moved to take up a job as state secretary, a post with vague job specifications. Marat Tazhin, a long-familiar face on the scene, was dismissed as state secretary.

Beibut Atamkulov, the outgoing foreign minister, has been reassigned as the helmsman at the Industry and Infrastructure Development Ministry. The foreign affairs portfolio will be taken over by Mukhtar Tleuberdi, who filled a lower rank in the ministry.

The Industry and Infrastructure Development Ministry job was vacated by Roman Sklyar, who will now serve as deputy prime minister.

Such piecemeal rejigging might not normally draw attention, but with it coming only 100 days after Tokayev was elected president with 71 percent of the vote, there is likely to be speculation about whether this marks a fresh transition away from the legacy of former President Nursultan Nazarbayev. Or if, in fact, it indicates the opposite.

Despite stepping down as head of state, Nazarbayev retains considerable power in his capacities as head of the National Security Council and chairman of the ruling Nur Otan party. Having created a parallel structure to the presidential administration, Nazarbayev is still playing an important role in decision-making and doubtless retains a role in cadre rotations.

It is uncertain who was the moving force behind these switches.

The sidelining of Kusherbayev is an intriguing development.

Kusherbayev, a 64-year-old political heavyweight, flourished under Nazarbayev’s leadership and enjoyed approval in most jobs he has filled. The biggest mark against his name goes back to the bloody events of Zhanaozen in 2011, when an oil worker strike was violently suppressed by the police. Kusherbayev was at the time the governor of the region in which Zhanaozen is located. But shortly after being fired as governor, he was returned to the fold by Nazarbayev, who appointed him deputy prime minister.

It is unclear why Tokayev – or Nazarbayev – would have wanted to downgrade Kusherbayev at this time. The new chief of staff, Koshanov, might be ending a stint managing an important industrial region, but he commands nowhere near the amount of political heft held by Kusherbayev.

Kusherbayev has ruffled feathers, however.

There was some commotion in late July when the mayor of Shymkent, the third-largest city of Kazakhstan, was fired after posting a boastful Instagram video from London exhorting people to make money and spend their riches abroad. Many found that a poor-taste example of a civil servant flaunting his suspicious wealth. The offense was made all the more egregious by the fact that the town of Arys, which is close to Shymkent, was at that time struggling to recover from a massive blast at an adjacent arms depot. Authorities have gone on record to deny that Gabidulla Abdrakhimov was dismissed because of the video, but few take the protestations at face value. And it did not help that Kusherbayev joined in bashing the mayor.

“You well know that Gabidulla Abdrakhimov received the support and trust of the leadership of our country. Unfortunately, he did not make full use of it," Kusherbayev said in public remarks while presenting Abdrakhimov’s replacement. “The reserve of political trust accorded to Abdrakhimov has run dry.”

Kusherbayev’s words caused a sensation on social media. It is rare for the dismissal of officials to be accompanied by such charged language. In fact, it is traditionally only Nazarbayev that has been allowed to speak in such terms.

The anger evinced by the presidential administration at Abdrakhimov should have ended his political career. And yet, on September 13, Prime Minister Askar Mamin hired the disgraced mayor as his advisor.

Some would argue that if Tokayev were the undisputed ruler of the country, Mamin would not have dared to challenge either Tokayev or Kusherbayev. But the rules of the game are in flux these days.