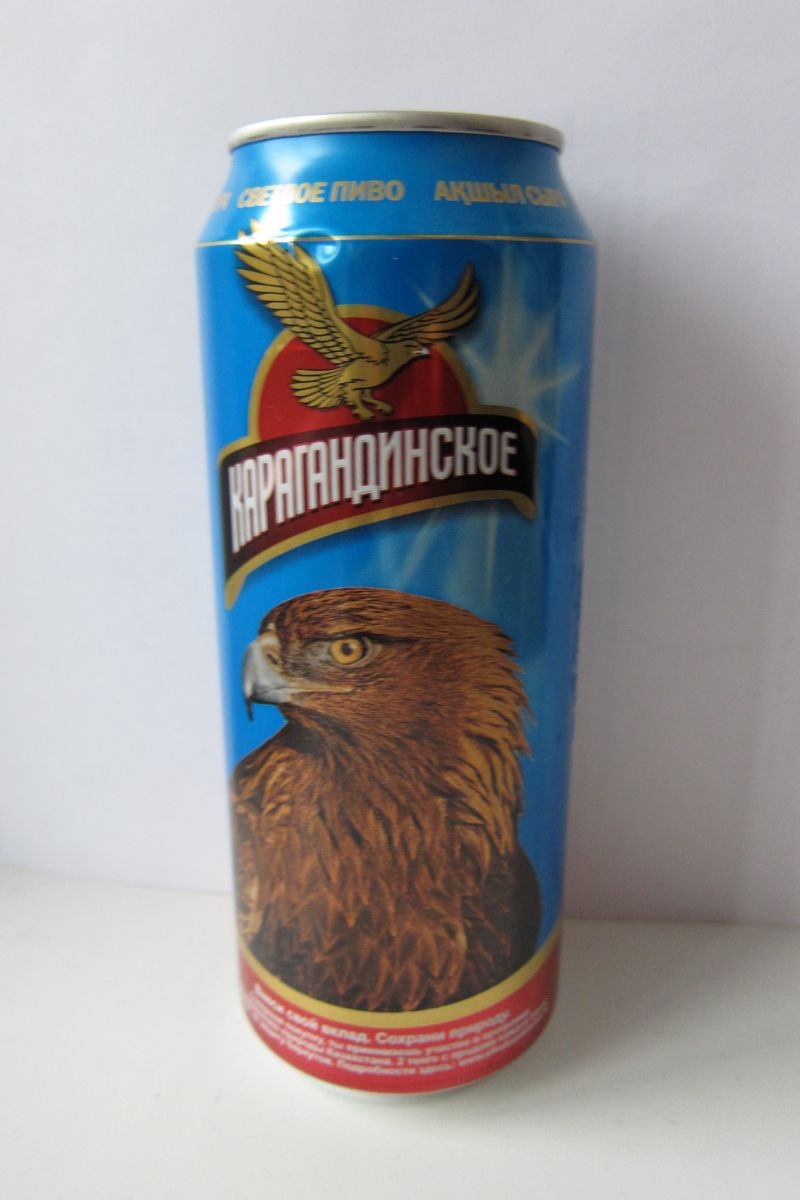 With each sip, beer drinkers in Kazakhstan can now help their country’s endangered fauna. One of Kazakhstan’s major breweries is donating two tenge (about 1.3 US cents) to the protection of golden eagles with the purchase of each souvenir can of its Karagandinskoye Pivo.Clearly, Kazakhs like their beer: Since July the campaign has raised more than 2.6 million tenge ($17,220) to support the activities of the Almaty-based Sunkar Raptor Sanctuary and the Institute of Zoology of Kazakhstan, the company says.The distinctive, limited-edition cans are decorated with a colorful golden eagle, the endangered bird of prey that has iconic status in Kazakhstan. An eagle adorns the national flag and eagle hunting is an important Kazakh tradition. The golden eagle is also the symbol of the Karaganda-based brewery behind the promotion.The campaign's proceeds are helping the Institute of Zoology identify existing eagle habitats and pinpoint why numbers are declining. A survey conducted in four mountainous regions in mid-2012 found over 650 golden eagle couples, and scientists estimate the total number of pairs in Kazakhstan to be around 1500.However, golden eagles numbers in the wild have been falling in recent years as a result of illegal poaching and habitat destruction.Since the fall of the Soviet Union in 1991, the trade in illegally procured birds has flourished, particularly in the Persian Gulf, with poachers taking lucrative orders to smuggle young birds out of Central Asia.To reverse this trend, the Sunkar Raptor Sanctuary, located in Almaty's Almarasan Gorge, is planning a breeding program that will hatch eight birds in its nursery this spring. The fledglings will be released into the wild after two months, with the sanctuary closely monitoring their progress. The raptor center was originally set up in 1989 to help preserve another endangered species, the Saker Falcon. In the summer months, the sanctuary puts on daily displays of eagle hunting.The beer promotion runs until the end of March. So come on beer-guzzlers, there's still time to help save this most majestic bird of prey.