The former executive's imprisonment is often attributed to his ties to a government foe. 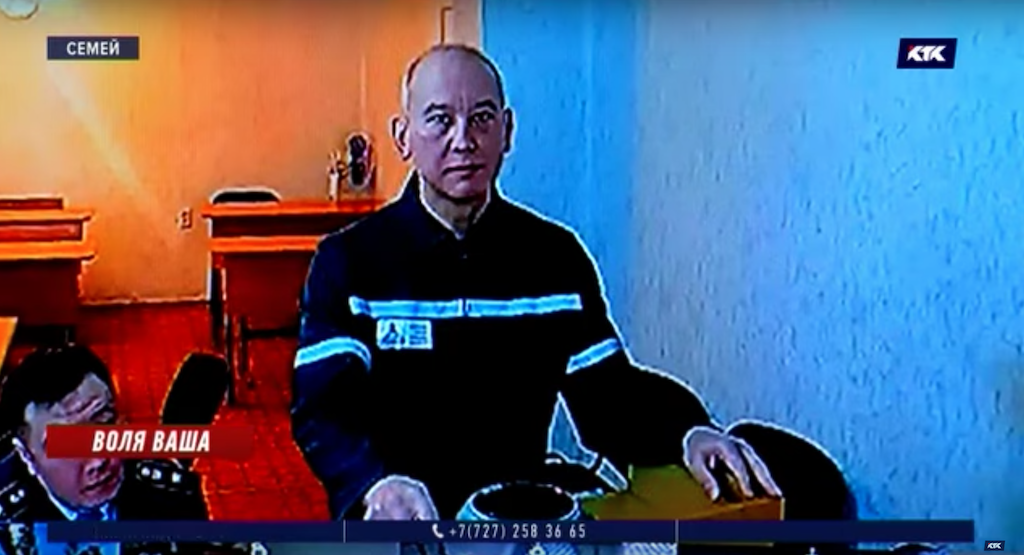 A judge at a court in northern Kazakhstan ruled on March 3 to grant parole to Mukhtar Dzhakishev, the ailing former head of the national uranium company who was imprisoned in 2010 on charges of corruption.

Dzhakishev’s case has long and widely been regarded as an act of reprisal by the state against a much-respected manager for his ties to regime bête noire Mukhtar Ablyazov, a disgraced banker who fled the country in 2009 and has since waged a relentless political vendetta against Kazakhstan’s government.

Prosecutors will have 15 days to appeal the Semey court’s parole ruling.

Making the case for early release, Dzhakishev’s lawyer, Nurlan Beisekeyev, told the court that his client was in urgent need of medical attention to treat cataracts affecting both his eyes, RFE/RL’s Kazakh service reported. The former head of Kazatomprom additionally suffers from chronically high blood pressure.

Previous pleas for parole were turned down in view of Dzhakishev’s refusal to admit his guilt for the embezzlement, bribery and fraud offenses that saw him sentenced to a total of 14 years in prison. Prosecutors have claimed that Dzhakishev caused the state hundreds of millions of dollars in financial damages while running Kazatomprom.

Kazakhstan has insisted on keeping Dzhakishev, 56, in prison in the face of calls made for his release in 2015 by the UN Human Rights Committee and for the verdict against him to be quashed. In those findings, the committee opined that Kazakhstan should, if necessary, “conduct a new trial, subject to the principles of fair and public hearings” and grant proper “access to counsel and other procedural safeguards.”

That Nur-Sultan refused to bend to the considerable international pressure to review this case stemmed from the political undertones of the affair. Despite being credited by business insiders with transforming Kazatomprom from a creaking Soviet-style enterprise into a profitable operation, Dzhakishev was doomed by his long-standing ties to Ablyazov.

It will not have helped that when Dzhakishev was arrested, in 2009, one of the people to speak out in his favor was Rakhat Aliyev, the late son-in-law of former President Nursultan Nazarbayev who fell out of favor with the ruling family in dramatic fashion.

Dzhakishev is “yet another political prisoner of the Nursultan Nazarbayev regime. The president has not forgotten how, in 2002, Dzhakishev was involved with his friend Mukhtar Ablyazov. And he has not forgotten how he made friends with me. And the main thing is that Mukhtar [Dzhakishev] was a witness to Nazarbayev’s own machinations,” the then-exiled Aliyev wrote on his blog at the time, making several points certain to elicit Nazarbayev’s rage.

Hopes that this parole appeal might be successful were raised by an interview granted by President Kassym-Jomart Tokayev to Informburo news website late last month. Asked what he thought about the case and the upcoming appeal, Tokayev volunteered a guarded but also seemingly encouraging response.

“This issue is entirely a matter for the courts. I am, of course, aware that Dzhakishev has repeatedly requested parole for reasons of ill-health. On March 3, there will be a court hearing. Let's wait for a ruling, which I am sure will be fair,” Tokayev said.