Altyn Belgi medal winners are eligible for grants as well as the prestige that comes with winning the prize. 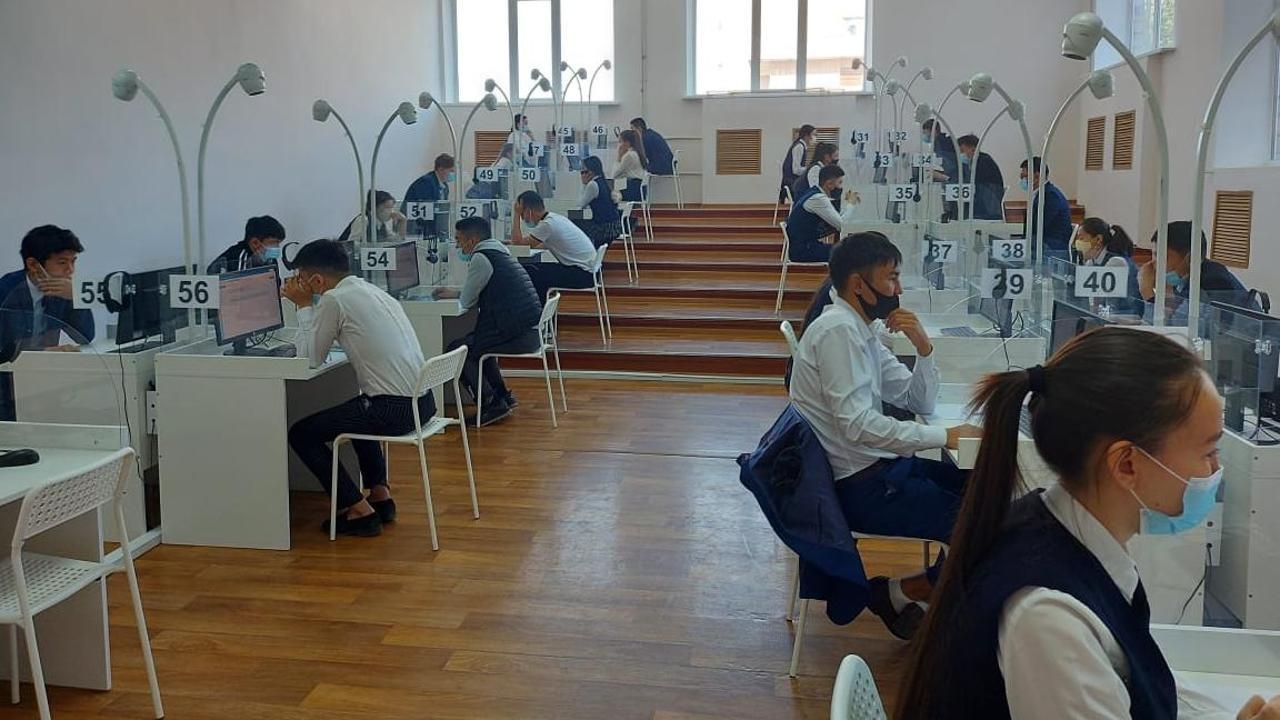 Getting top marks in ENT exams may not be enough to get college grants. (Photo: Government website)

Educational authorities in Kazakhstan have pledged to tighten the rules for the awarding of medals of excellence for school-leavers as concerns mount that many are getting those prizes through shady means.

Education Minister Askhat Aimagambetov wrote on his Telegram account on May 10 that he has approved an order to revise methods for assessing the educational achievements of schoolchildren.

“The requirements for winning the Altyn Belgi medal have been significantly strengthened through the order,” he wrote.

The coveted Altyn Belgi – the term is Kazakh for golden badge – is a prize that is, despite its name, actually made of copper and zinc and is given to students who get top marks in all their subjects in every one of their last seven years at school. Winners of the Altyn Belgi, which was introduced in 2008, are also required to get a score of distinction in their final exams.

Part of the benefit is social prestige. Parents of Altyn Belgi holders enjoy a high standing among their relatives, friends and neighbors. Such is the honor attached to the award that medals put up for sale on the internet can attract bids of several thousands of dollars.

There is a more practical benefit to the medal, however. Recipients have an advantage when applying for university grants. To apply for college, school-leavers must take an SAT-equivalent exam known as Unified National Testing, or ENT in its commonly used Russian-language acronym. If grant applicants have equal ENT scores, Altyn Belgi winners are usually given preference.

The problem, as educational authorities see it, is that the number of medal recipients has risen sharply, suspiciously so, in recent years. And many children are unable to reproduce their apparent levels of aptitude when tested independently. Last year, almost 10,000 children won Altyn Belgi medals. That was up from 8,600 in 2020 and 7,350 the year before that.

The possibility being obliquely alluded to by officials is that some parents may simply be handing bribes or using their influence in other ways for their children to be given the requisite top marks.

Aimagambetov says the system to qualify for the medal will change from the next academic year. To win the Altyn Belgi, children will have to receive top marks at the end of every semester, not just at the end of the scholastic year. But the assessment will be made over the final two years of school, not seven, as is the case now. And that isn’t all. School-leavers will then have to take a final math exam at a Nazarbayev Intellectual School, a network of prestigious state-run schools named after the former president.

“It is important to understand that this measure is being taken solely to ensure academic integrity,” Aimagambetov wrote.