Authorities have said the unrest was worsened by provocative information spread over messaging apps. 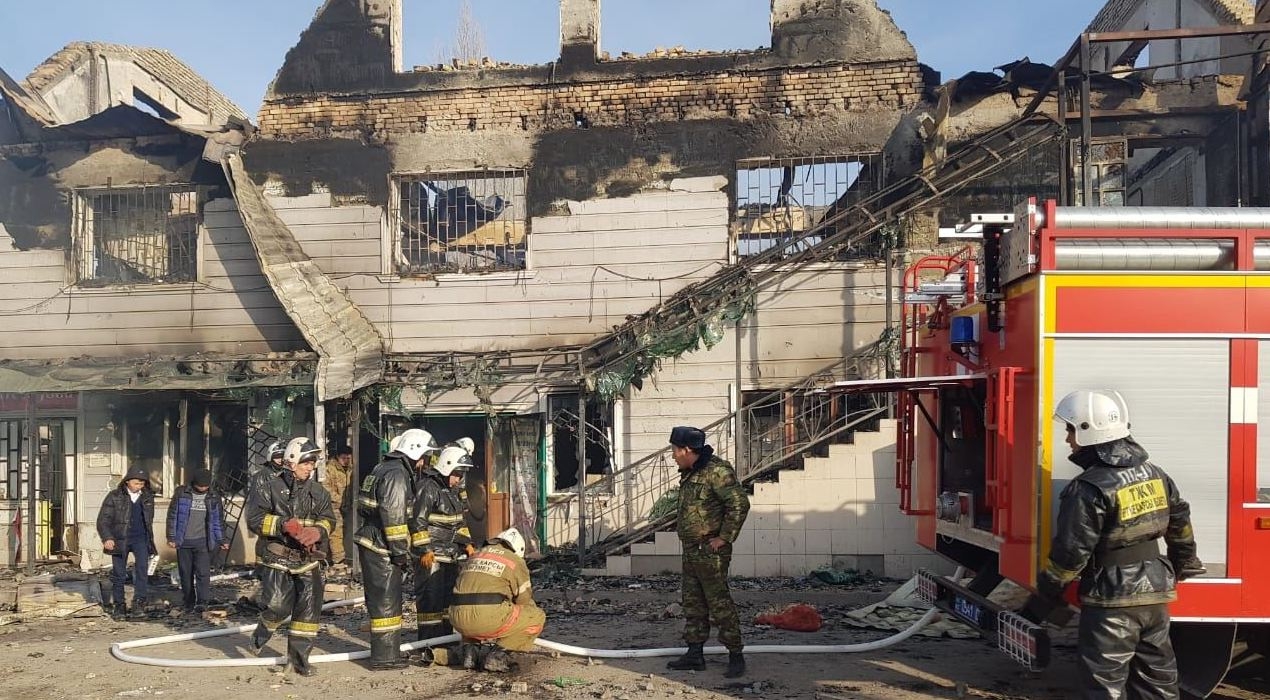 Authorities in Kazakhstan say that at least eight people have been killed overnight in ethnic unrest in a village not far from the border with Kyrgyzstan.

Media reports cited local residents as saying attackers had been seen with firearms and that large numbers of houses were set alight in the village of Masanchi in the violence that erupted on the evening of February 7.

Police apparently struggled for several hours to intervene in the rioting in the near-border village, which sits about 120 kilometers southwest of Almaty.

President Kassym-Jomart Tokayev delivered an unscheduled national address on television to urge national unity and vowed that perpetrators would be punished once authorities had conducted a full investigation.

“I have given instructions for a government commission to be set up. It will be headed by Deputy Prime Minister Berdibek Saparbayev,” Tokayev said.

Although officials have not stated it explicitly, it would appear that the conflict has involved ethnic Kazakhs and Dungans, the latter being Muslims of Chinese ancestry who live in substantial numbers in areas of southeastern Kazakhstan. Around 7,000 Dungans are estimated to live in Masanchi alone.

Interior Minister Yerlan Turgumbayev said on February 8 that around 70 people were involved. More than 40 were injured in the unrest. It seems from the scale of the unrest, however, that those estimates may have been conservative.

Information Minister Dauren Abayev pleaded with the public to refrain from spreading false information that could further destabilize the situation.

“Be careful when sending videos or audio messages. Your messages can lead to tragedy, as happened today because of messages sent via messaging apps. A tragedy has occurred, a regular incident escalated into an ethnic incident,” he said.

Journalists from RFE/RL’s Kazakh service, Radio Azattyk, who went to the scene on February 8 by circumventing government checkpoints reported observing a scene of total devastation. Houses, shops and cafes that had been set alight the night before were still smoldering and being put out by fire fighters.

Azattyk cited locals as saying that the unrest had spread across five villages and that hundreds of men had travelled from further afield to participate in the violence.

If the authorities had a clear idea of what or who sparked the fighting, they were not revealing anything as of lunchtime on February 8.

Commenting on the events, political activist Galym Ageleuov wrote that the incident appeared to expose troubling fault-lines in Kazakh society and that the government was ill-equipped to deal with its causes.

“Any clash can escalate into an ethnic conflict. People divide and support their own ethnic group. [The Assembly of People of Kazakhstan] has long turned into a nomenklatura distant from the needs of the various ethnic groups,” he said, referring to a state-coordinated body whose existence is intended to support interethnic harmony.

Correction: An earlier version of this article identified Berdibek Saparbayev as prime minister.