Seven candidates are still in the running, but that field may be thinned out in the coming weeks. 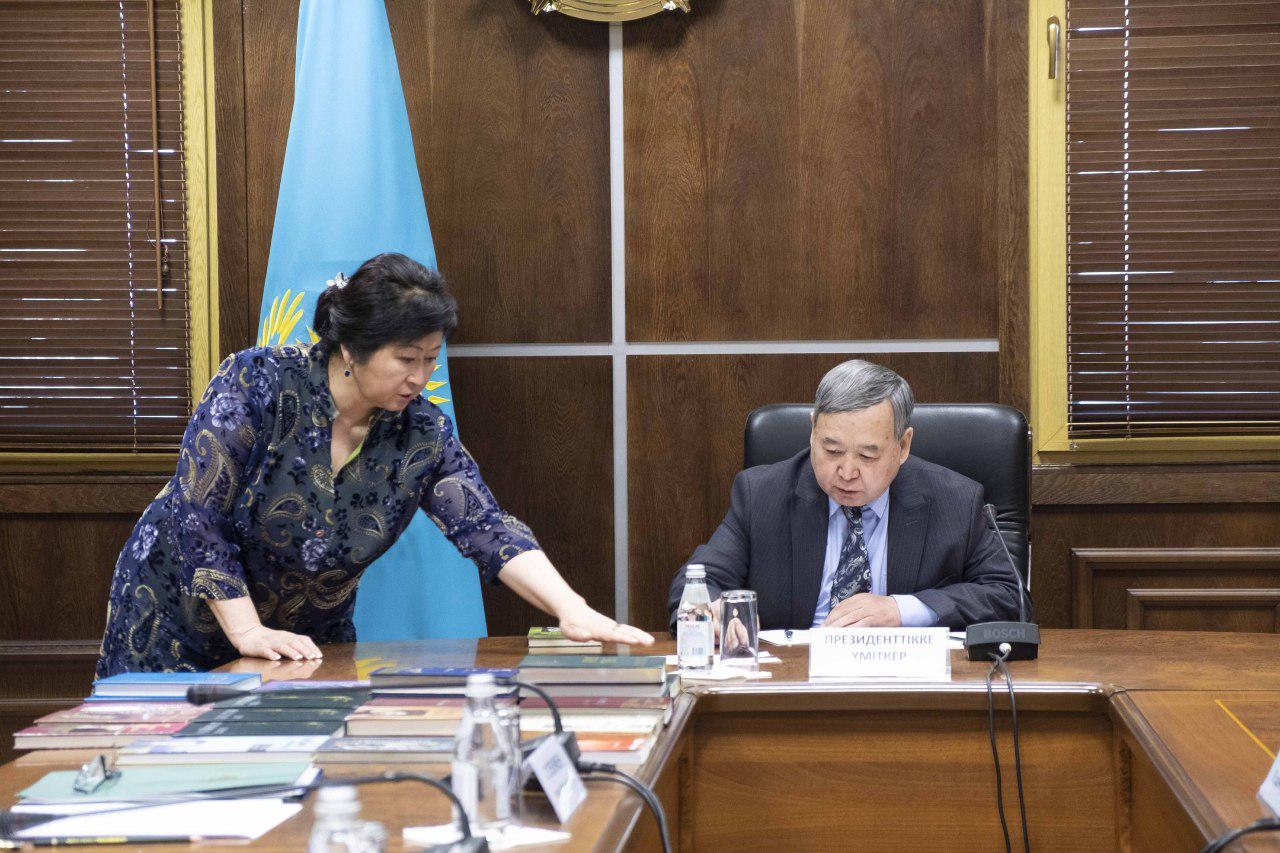 An obscure outsider who had planned a run in Kazakhstan’s June 9 presidential election has been disqualified after flunking a Kazakh language admission test.

The Central Election Commission said on May 2 that Zhumatai Aliyev, whose nomination was backed by a public association called Halyk Demografiyasy, or People’s Demography, committed 19 errors of punctuation and style in his written exam. Some mistakes were “very crude,” one member of the commission said.

The failure is all the more odd given that Aliyev’s main selling point was his educational background. The 66-year-old academic is the rector of Almaty-based Central Asia University and is reported to speak English and German fluently. But not Kazakh, apparently.

Acting President Kassym-Zhomart Tokayev, who is certain to win a landslide victory by virtue of his support from the ruling Nur-Otan party and predecessor Nursultan Nazarbayev, passed his language test on April 23. But for that backing, it is uncertain he was guaranteed that result.

EurAsia Daily website noted in a recent report on the fact that Tokayev had given an interview to a Kazakh-language newspaper that he was not always so fluent.

“[In the past] he was often criticized for his poor knowledge of Kazakh. And yet … the polyglot president was able to successfully master the state language,” the website said approvingly.

Tokayev is also known to speak English and Chinese.

A total of seven potential candidates have overcome the hurdles thrown before them so far.

Arguably the least significant are Amangeldy Taspikhov, a former Nur Otan functionary nominated by the Federation of Trade Unions of Kazakhstan, a little-known journalist called Sadybek Tughel, who belongs to a movement called the Eagles of the Great Steppe, Toleutai Rakhimbekov from the rural issues-focused Auyl political party, and Zhambyl Akhmetbekov of the Communist People's Party of Kazakhstan.

Then there is Daniya Yespayeva, who is standing at the behest of pro-government, business party Ak Zhol. If her candidacy is approved, she will be the first woman ever to run for the presidency in Kazakhstan.

Beyond Tokayev, most eyes will be on Amirzhan Kosanov, an opposition politician who has been vocally critical of the government for a number of years. Were he allowed to run, it would represent a noteworthy experiment in competitive democracy for a regime that normally entertains no unpredictabilities.

The next session of screening will happen by May 11, which is the deadline for candidates to collect signatures from at least 1 percent of voters from all the regions of Kazakhstan. This hurdle is liable to abuse as authorities may arbitrarily decide to disqualify signatures that they feel do not meet their standards of verification. Also, collecting that many signatures is no mean feat in a nation where opposition politicians are denied a public platform to make their voice heard.

These elections arrive at a time of particular ferment in Kazakhstan. Quietism is still the predominant feature of public life, but there are creeping signs of a dissident mood. Cognizant of that fact, authorities have acted swiftly to stamp out any expressions of public discontent. Dozens of people were detained by police in the cities of Almaty and Nur-Sultan on May 1 after they turned out for anti-government demonstrations.

Askar Nursha, the dean of the Public Policy and Law School of Almaty Management University, said that one possible concern for the government is the specter of a low turnout at the election. This could stand to undermine Tokayev’s legitimacy.

“People have not yet decided on their candidate, but there is already a degree of distrust toward the system, because they are afraid they are being left without a choice,” Nursha was quoted as saying by Moscow-based Ferghana news website. “There is a high level of absenteeism in society, and this section of the population has not been inculcated with the culture of elections as a civic duty.”

Another political analyst, Aydos Sarym, told Ferghana that voters have grown to believe that nothing that they do can bring about any changes in the country.

“The sense of disappointment we see is a dead end. If it turns into absenteeism, then tomorrow we are going to get anarchist terrorism as well as religious terrorism,” Sarym said.