The saiga population has rocketed by 150 percent in the last two years. 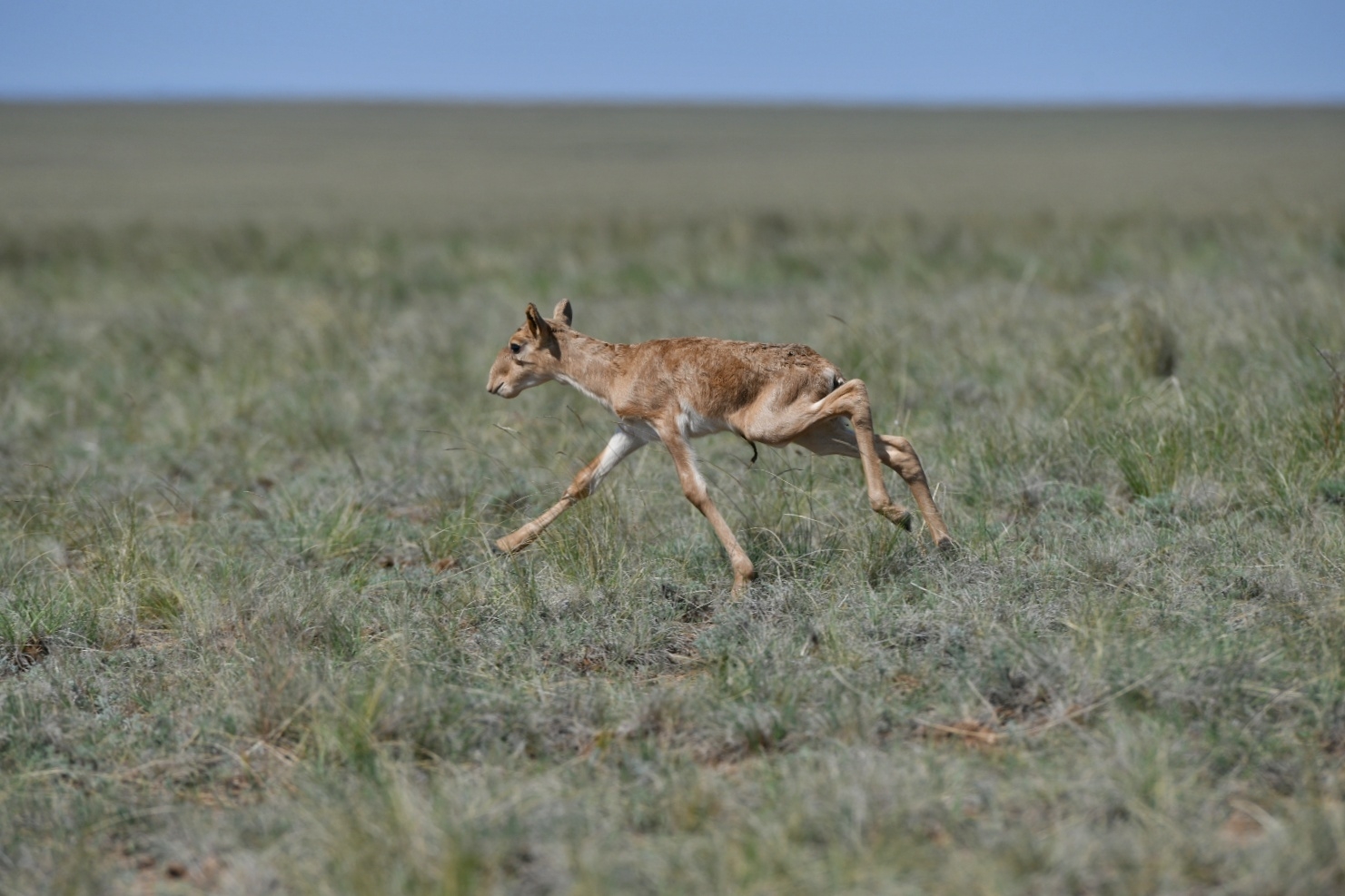 Kazakhstan is achieving a conservation success by boosting numbers of the rare saiga antelope, a new count of the critically endangered species has shown.

The saiga population has rocketed by 150 percent in the last two years to reach 842,000, according to the results of the count conducted this spring in Kazakhstan, where the calving season is currently underway.

This is a remarkable success story for the preservation of a creature that was once driven to the brink of extinction from hunting – the horns of the male saiga are prized in Chinese medicine – and loss of habitat in its roaming grounds in Kazakhstan, Mongolia, Russia, and Uzbekistan.

The countries where the saigas range forbid hunting of the species, and an international ban on exports of its horns is in place under the Convention on International Trade in Endangered Species of Wild Fauna and Flora, or CITES.

The government has put significant efforts into boosting numbers in Kazakhstan since they plunged from around a million in 1992 to just 20,000 in 2003. It has banned saiga hunting and trading in saiga products since 1999, upped maximum jail sentences for poaching to 10 years and cracked down on online advertising of horns.

But poaching persists and is fueled by organized crime rings that can buy a saiga horn from an impoverished villager for as little as $12. In China and Southeast Asia, prices for the same horn can attain a street value of as much as $5,000.

There, poached horns are passed off as being sourced from legal stockpiles dating from before the range countries banned the trade. CITES officials estimate that reported legal stockpiles should have run out by 2021. And yet, sales continue openly on the streets of Southeast Asia.

So successful have efforts been to save the saiga in Kazakhstan – which accounts for 90 percent of the antelope’s global population – that farmers complain that they are encroaching on their pastures.

Even some ecologists believe that if numbers continue to rise, controlled trade in saiga products should be revived in the interests of sustainable management of herds.

“In 2022, there will be a CITES meeting. They should then change the [export] quota from zero to some amount and, if the population reaches a million or more than a million, then the possibility of selling saiga horns and meat, like in Soviet times, should be considered,” ecologist Saken Dildakhmet told Khabar TV earlier this month.

But others believe it is premature to be talking of lifting hunting and export bans.

“It is too early to be making a fuss about there being too many of them,” Ayukhan Okushbayev, one of the rangers from the government’s Committee for the Protection of Wildlife (known as Okhotzooprom), told the TV channel.

People should remember that “we are the guests of the saiga.”