Masimov was a long-time close associate of former President Nazarbayev. 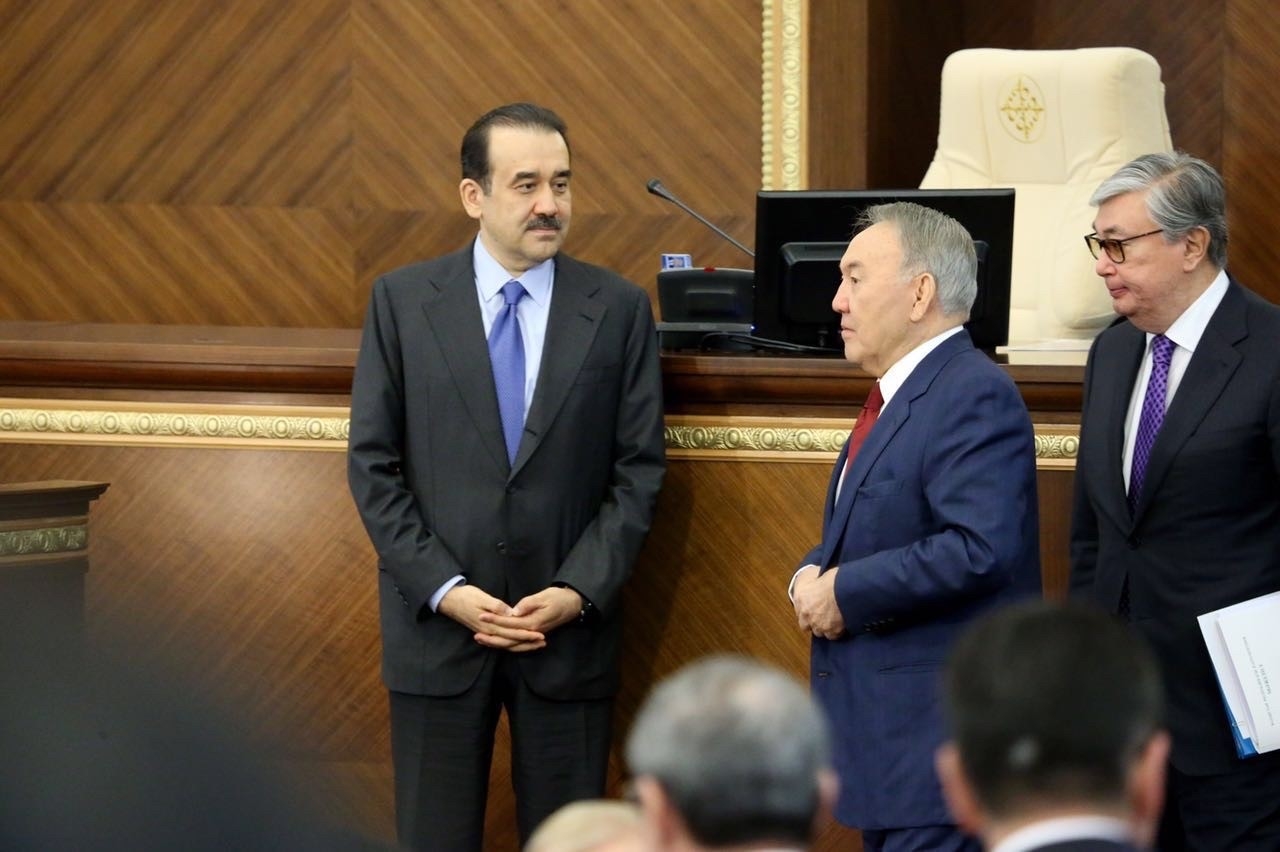 The former head of Kazakhstan’s security services, Karim Masimov, who was arrested in January on treason charges, is now being accused by the authorities of amassing millions of dollars through corrupt schemes.

The National Security Committee, or KNB, on March 10 laid out a number of fresh accusations against its own former chief, including that he allegedly took a $2 million bribe from the “representative of a foreign state.” The KNB did not specify what it meant by that term, other than to suggest the funds had been passed through a Hong Kong-based bank.

Masimov already stands accused of scheming to instigate the unrest that ravaged Kazakhstan in the first half of January, although investigators have divulged no details of his specific alleged actions or provided any evidence to support their broader claims.

What is known is that the authorities say Masimov, a long-time close associate of former President Nursultan Nazarbayev, was detained on January 6, only one day after attending a session of the national security council devoted to drawing up plans on how to contain the unfolding unrest. The KNB later said he was involved in preparations to mount a violent seizure of power.

Masimov’s defenders say these fresh corruption charges are an attempt by the government to smear him and bolster their treason accusations.

"The National Security Committee … has launched a misinformation campaign against Karim Masimov in local media outlets,” David A. Merkel, a former senior U.S. government official who is personally acquainted with Masimov and has set up a website to support his cause, told Eurasianet. “The charges against him continue to be baseless and politically motivated, as they have been all along.”

The reluctance of the government to divulge any of its findings into its investigations of Masimov’s alleged conduct during the bloody events in January, which were the culmination of initially peaceful protests that started in the west of the country, has generated much speculation among the commentariat but little understanding.

One line of theorizing is that Masimov was somehow involved in a plot hatched in connivance with elements close to the former president, Nazarbayev, in an attempt to reassert their influence over the running of the country. Another is that Masimov is merely being used as a scapegoat to cover up destabilizing scheming among the elite. A website notable for its intensely critical coverage of the government claims to have been informed by well-placed sources that Masimov is refusing to confess to the charges being leveled at him.

The KNB’s March 10 statement did not allude at all to the treason narrative and instead dwelled in detail on Masimov’s alleged acquisition of riches. Photos attached to the statement showed images of the interior of a mansion, luxury Swiss watches, a huge fleet of deluxe cars, and suitcases filled with bundles of dollars. All these items had been confiscated from Masimov, the KNB said.

The security services are alleging corrupt practices dating back to when Masimov was serving as prime minister – a job he occupied twice, between 2007 to 2012, and then 2014 to 2016. They state that he was gifted a mansion and a plot of land in the capital, Nur-Sultan, worth about 2.5 billion tenge ($5 million) by a privately owned company during that time.

The KNB also said it had seized $5.1 million in assets from people it described as “closely tied” to Masimov.