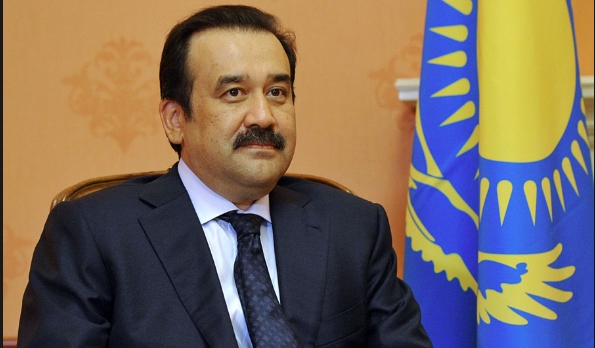 In a turn of events that has complicated the narrative around the unfolding drama in Kazakhstan, the authorities on January 8 announced that the recently dismissed head of the security services has been arrested on charges of treason.

Karim Masimov’s arrest comes only three days after he was dismissed without explanation from his post by President Kassym-Jomart Tokayev.

This turn of events, which implicates a stalwart ally of former President Nursultan Nazarbayev in a suspected political conspiracy, hints at the likelihood of a vicious behind-the-scenes clash among elite insiders. At first glance, it appears the Nazarbayev clan is emerging as the loser.

Masimov’s arrest was announced by the very same National Security Committee, or KNB, that he led until his dismissal on January 5.

Russian-owned Sputnik news agency produced footage of a meeting of top national security officials presided over by Tokayev on that date which included Masimov among the attendees. The official chronology now produced by the KNB indicates he was dismissed after that meeting and then arrested the next day.

No other details about this developing case have been disclosed.

News of this arrest arrives less than 24 hours after Tokayev claimed that what he described as “20,000 bandits” had emerged from sleeper cells to attack the commercial capital, Almaty. The attackers had a clearly defined strategy and were reporting to a central command point, Tokayev said.

The events of the past week started in the western oil town of Zhanaozen with a protest over a sudden surge in the price for car fuel. That rally sparked large gatherings in several cities in the west, which in turn inspired an unusually well-attended anti-government march in Almaty.

What began as peaceful demonstrations descended into violence on the evening of January 4, however. Eyewitnesses in central Almaty say riot police waded into the crowds in Almaty throwing tear gas and stun grenades.

Clashes then descended into severe bloodshed in circumstances still deeply shrouded in confusion. Internet connections in Almaty and much of the rest of the country have been down since that time, limiting the ability of residents to filter information to the outside world.

The strikingly frantic narrative presented by Tokayev on January 7 was that terrorist gangs with international backing exploited the unrest with the apparent intent of seizing power.

Skeptics have derided those accounts as an attempt to deflect blame from the regime for the rampant socioeconomic disaffection that has festered among ordinary people for years.

Masimov’s arrest, meanwhile, has added another tantalizing strand to the story. The charges of treason point to the possibility that the KNB chief was involved in a bid to topple Tokayev and seize power.

That theory appeared to receive a semi-official endorsement on January 7, when a well-known commentator and former high-ranking government official went on state television to declare that he had received information that Kazakhstan had been targeted by an “armed rebellion” that amounted to an “attempted coup d’etat.”

Yermukhamet Yertysbayev, a one-time adviser to Nazarbayev, is popularly known by the nickname “the president’s nightingale,” as it was widely understood he would express thoughts Nazarbayev wished to put in the public domain, but with plausible deniability.

By way of evidence for his theory, Yertysbayev told Khabar TV that he had been given information that an order was given to remove the security cordon around the airport at Almaty just 40 minutes before protesters occupied it on January 5. That would likely only have been possible with sanction from the very top.

Questions have been asked, ever since this crisis erupted, about the whereabouts of Nazarbayev himself. The 81-year-old stepped aside for Tokayev in 2019, but he retained a considerable role in the running of the country in his position as chair of the national security council, a job that gave him effective control over the security apparatus. In another shock reshuffle that hinted at infighting, Tokayev dismissed Nazarbayev from that post on the same day that he fired Masimov.

Nazarbayev’s absence from public attention has sent the rumor mill into overdrive and generated speculation that he and much of his immensely wealthy immediate family have fled the country.

On January 8, however, Nazarbayev’s spokesman, Aidos Ukibay, tried to quash what he described as “knowing untruths and speculation.” He referred to Nazarbayev by his state-bestowed honorific, Elbasy, or leader of the nation, a title concocted over a decade ago as a personality cult bauble.

“Elbasy is in the capital of Kazakhstan, Nur-Sultan,” he tweeted.

He has been “holding a number of meetings and is in direct contact with President Kassym-Jomart Tokayev,” and “held several telephone conversations with heads of states friendly to Kazakhstan,” Ukibay wrote.

Nazarbayev was last seen in public on December 28, when he visited St. Petersburg to attend an economic forum and met Russian President Vladimir Putin on the sidelines.

In all the uncertainty, one thing that is clear is that suspicions over the loyalty of the security establishment figures close to Nazarbayev have prompted Tokayev to install himself and trusted people to key positions.

Tokayev took over from Nazarbayev as chairman of the security council. On the same day, he replaced Masimov at the KNB with Yermek Sagimbayev, the man hitherto entrusted with ensuring the president’s security as head of the State Protection Service.

This palace intrigue, moreover, offers additional insight into what may have moved Tokayev to appeal to the Russian-led Collective Security Treaty Organization, or CSTO, to provide assistance in ending the ongoing unrest. As of January 7, thousands of elite troops from Russia, as well as a smaller number from Armenia, Belarus, Kyrgyzstan and Tajikistan, have been pouring into Kazakhstan, ostensibly with the task of guarding key strategic facilities, such as airports and important government buildings.

While a semblance of calm appeared to be returning to the streets of Almaty and the rest of the country on January 8, the reverberations of palace infighting may continue for months and years to come.