In multicultural Kazakhstan, unions between members of different ethnic groups are not uncommon, but they can meet resistance. 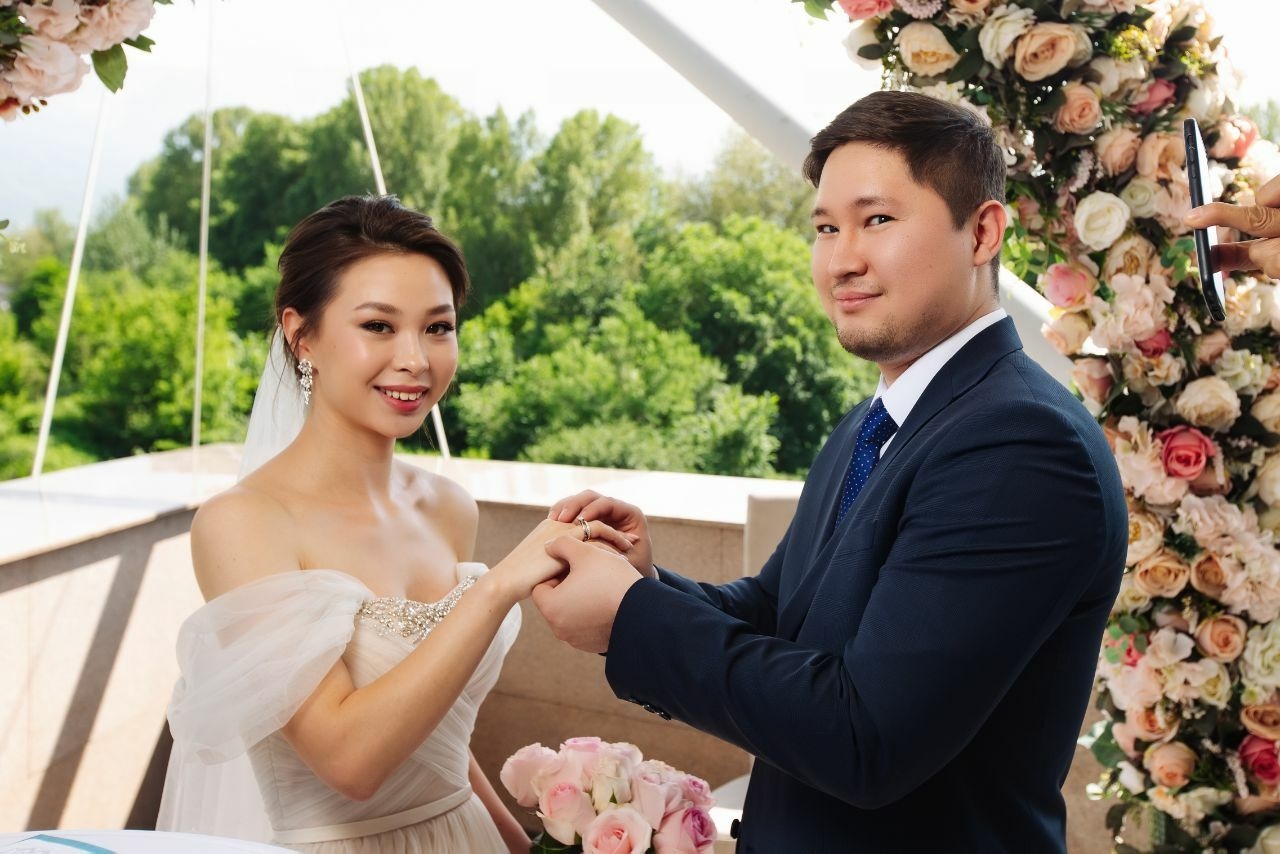 Beksultan and Ella had dated on and off for six years before he popped the question.

He had to win over his mother first.

“My mother was certainly not thrilled,” Beksultan said of the first time he brought Ella to meet his “traditional” Kazakh family: “We are from the south, I have Chui roots. I think it's clear how conservative people often feel about such relationships.”

Ella is half Korean and half Russian.

During their courtship, the couple broke up and got back together more than once. The timeouts were usually Ella's initiative – not because she did not love Beksultan, and not because of opposition from her family. It was his mother and older sister. They disliked Ella from the start.

Beksultan still wonders what caused such hostility: Was it really because of Ella’s ethnicity, or was it simply jealousy?

Religion could have presented another stumbling block. Ella and Beksultan were lucky in this respect, however. The bride’s family is not attached to any particular faith tradition.

"We essentially believe in God, but we can't call ourselves Christians like many Koreans, or Muslims either," explained Ella, who knows she is expected to adopt her husband’s Islamic faith and traditions, though she wants to come to believe on her own, over time.

During their courtship, Beksultan brought his sweetheart to almost every family event and introduced her to his other relatives. It was clear they wanted to marry. Ella made all her efforts to please her future relatives, learning Kazakh traditions and customs, trying to be sweet and friendly. She spoiled Beksultan and his family with home-cooked meals and baked goods. The relationship between the women warmed. Minor quarrels and disagreements still occurred, of course, but less frequently.

Last summer the couple finally married and moved in with Beksultan’s parents. Aigul, his mother, had dropped her opposition.

"After living with my daughter-in-law for a year, I have revised my views. I don't have a negative attitude towards their marriage," she said.

Aigul does not know why she was so strongly against the union, saying she has never judged people on racial or ethnic grounds. “I was categorically against it. I couldn't and can't explain it, because I have nothing against Koreans or Russians. In general, I do not have a negative attitude towards any nationality.”

It wasn’t only the young couple who learned to listen to one another.

“I realized that she is a very good, kind, very polite girl,” Aigul said. “And I see that the Korean mentality is somewhat similar to the Kazakh. On that basis, at the moment, I'm very happy with my daughter-in-law. I understand that my son's happiness and moral well-being is the most important thing for me. If he's happy with her, then why [shouldn’t I be]?”

Still, the couple has moved into their own apartment; Beksultan explains this is to protect his wife from potential spats.

In our experience, most marriages in Kazakhstan are between people of the same ethnicity. The government does not keep statistics on the subject. But without a doubt, we live in a multicultural country where interethnic marriages are not uncommon.

They can be contentious, though.

Some people claim, without evidence, that such families are more prone to fall apart. Proponents of the unions, however, say that "international" marriages, as they’re known locally, help reduce ethnic tensions in society.

As part of our journalism class, we conducted a small online survey that, while not representative, offers some hints at these attitudes. Among the 30 students and family members who completed the survey, we found that younger respondents were more accepting of interethnic marriages. Fifteen percent said they were opposed; reasons included fears for the future children and the disappearance of ethnic identity.

So why do some people continue to say that such marriages are not stable?

Tatyana Rezvushkina, a sociologist with the Institute for Equal Rights and Equal Opportunities of Kazakhstan, attributes this to the “growth of national identity as a new nation state is being formed.”

“The dominant ethnic group is the Kazakhs and they are reviving their self-consciousness,” she said. Many Kazakhs believe “this should lead to a decrease in interethnic marriages, but if we look at statistics, there has been no decrease” since Kazakhstan's independence.