The PM says implementation of a railway expansion project will generate $9 billion in revenues over 20 years. 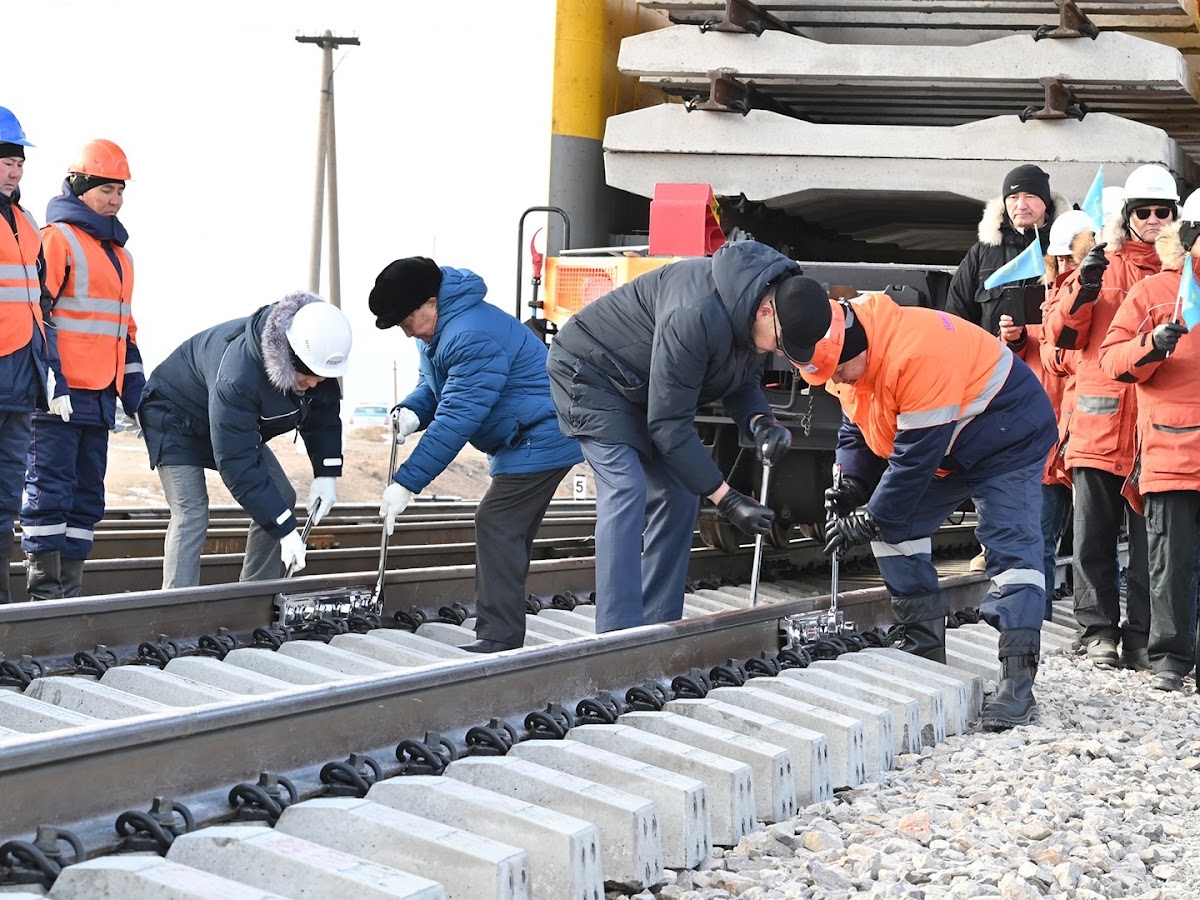 Kazakhstan last week began work adding capacity to a railroad to China as part of efforts to enhance transit potential.

The 800-kilometer stretch of new track being laid alongside an already existing one "will contribute to the uninterrupted export of domestic products and the growth of the country's transit potential," the government said in a statement on November 17.

The new line, which is expected to be completed by the end of 2025, will connect the center of Kazakhstan to the Dostyk transshipment point bordering China. Capacity at the crossing has proven unequal to rising demand in recent years.

Speaking via teleconference at the ceremony to mark the start of works, Prime Minister Alikhan Smailov offered figures that he said proved the need for new logistical solutions. Over the past five years, the volume of train-borne transit container traffic in Kazakhstan has more than quadrupled, he said. And the amount of things being exported in terms of tonnage in January-October this year are 11 percent more than they were over the entirety of 2021, he added.

“[The new railway line] will increase capacity of this section fivefold [...] and it will also completely remove the issues of transportation of Kazakh exporters in this direction,” Smailov said.

An ancillary benefit of this expansion project will be that 80 percent of the hardware being used, from components like carriages and rail tracks to raw materials like sand and crushed stone, will come from Kazakhstan, the prime minister pledged.

Fully 3,700 local workers will be involved in construction, and 500 permanent jobs will be created to service the line once it is up and going.

In the broader picture, the Dostyk-Moiynty section of the railroad is part of a transit corridor from China to Europe. With Russia’s war in Ukraine forcing logistics companies to think harder about transportation routes that circumvent sanctioned Russia, options like this are growing in appeal.

The most direct benefit will be felt by Kazakh exporters who have struggled to get their goods to China because of a congestion in existing infrastructure.

In the coming years, the authorities plan to implement two more railway projects. The first will optimize routes to other countries in Central Asia – Uzbekistan in particular. The other is intended to ease congestion pressures on the business capital, Almaty.