Masimov's detention has come in for criticism from a UN working group. 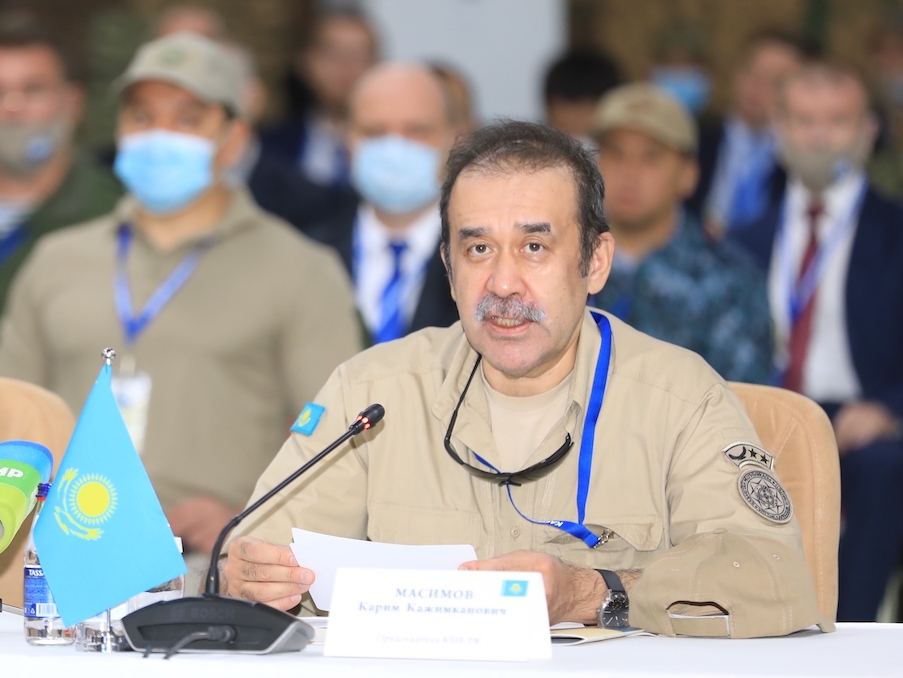 Prosecutors in Kazakhstan have referred treason charges against the former head of the security services and his deputies to the courts, setting the stage for one of the most important, if secretive, trials in the country’s history.

Karim Masimov will be tried for high treason, an attempted violent seizure of power, and abuse of power for personal gain, the Prosecutor General's Office announced on November 7.

Two seconds-in-command, Anuar Sadykulov and Daulet Yergozhin, are also in the dock on the same charges. Another three officials with the National Security Committee, or KNB, are on trial on abuse of power charges.

Since the case is entirely shrouded by a cloak of secrecy, the public and the media will be deprived of the opportunity to learn what precisely Masimov and his allies are said to have done.

What is known is that they are formally accused of having engineered the unrest that broke out in early January in Almaty and other major cities of Kazakhstan, allegedly with the intent to seize power.

Masimov’s predicament has drawn some concern beyond Kazakhstan’s borders.

A United Nations working group on arbitrary detention in October published a document stating that it found the way Masimov had been arrested to be in violation, on numerous counts, of the Universal Declaration of Human Rights

“The Working Group considers that, taking into account all the circumstances of the case, the appropriate remedy would be to release [Masimov] immediately and accord him an enforceable right to compensation and other reparations, in accordance with international law,” the document stated.

The working group went on to urge the government of Kazakhstan to “ensure a full and independent investigation of the circumstances surrounding the arbitrary deprivation of liberty of [Masimov].”

The Foreign Ministry in Astana responded to those calls by stating that it was open to discussing the Masimov case with the UN working group and to provide it with “concrete facts.”

The general public in Kazakhstan, meanwhile, will most likely not be privy to those details. In this vacuum of certain information, speculation and rumor-mongering have flourished.

One line of thinking among pundits and journalists is that Masimov was operating in league with people close to former President Nursultan Nazarbayev, who stepped down in 2019. The idea is that plotters were seeking to restore influence they had lost since their patron had relinquished his total grip on power. In this reading, Masimov is just the scapegoat.

Masimov is facing criminal trouble on another front. His old agency in March produced what it said was proof that he had amassed millions of dollars through corruption. The evidence included photos of mansions, luxury Swiss watches, a huge fleet of premium cars, and suitcases stuffed with dollars said to belong to Masimov.