Farmers suspect authorities are reluctant to offer a diagnosis, as some diseases would require the government to pay compensation. 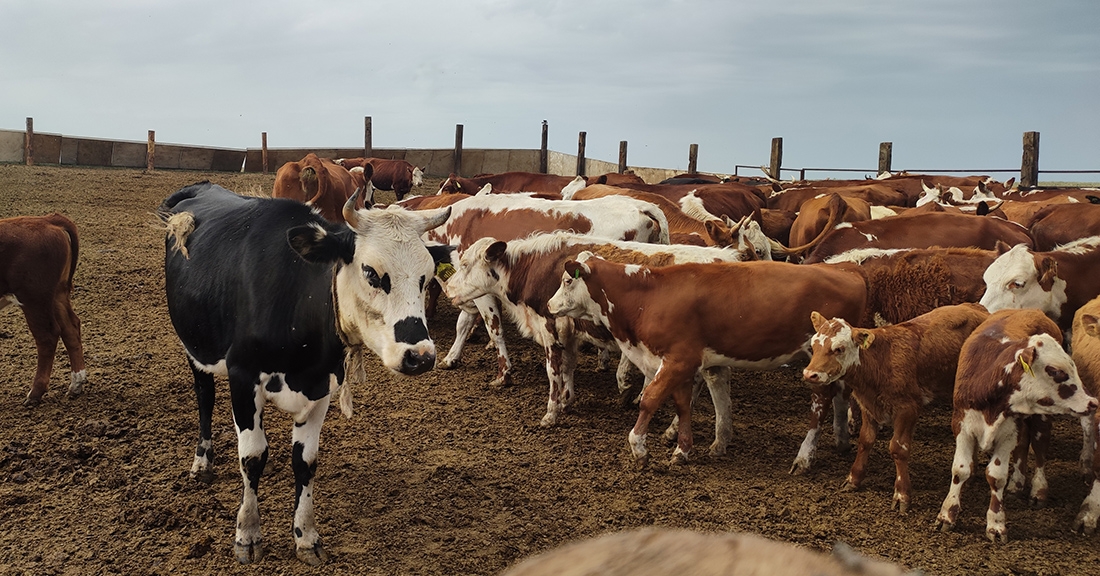 Cows waiting to be vaccinated in Aksu. (photos by Artyem Sochnev)

Makhshar Khairatbek was one of 150 farmers in the Kazakh steppe village of Erkenshilik that received a loan to rear animals as part of the government’s Entrepreneurship Development Program.

By the end of this spring, three of the 10 cows she had secured with the loan of 3 million tenge (over $6,000) had died from a disease that left the animals gaunt from lack of appetite and in some cases drooling uncontrollably.

Other residents recount similar tales of woe and agree that this year’s outbreak of livestock disease is the largest and deadliest to hit the village in living memory.

At present there are no indicators that they will be compensated for their losses by the state, which says that residents’ suspicions of foot-and-mouth disease (FMD) – a highly contagious viral infection – are inaccurate.

In Erkenshilik, located in the northern region of Akmola, livestock is often a family’s only asset of note. Beyond farming, there is little regular work in the village, and many are forced to migrate to the capital, Nur-Sultan, to earn a wage.

Herd illnesses place crippling pressures on communities like these, and debt-laden farmers have accused the government of failing to react in time – a tardiness that appears to apply to problems across the sector.

Authorities recorded 19 animals dying from disease in Erkenshilik this year, but this only includes registered cases put forward by residents themselves.

Locals say that the number of dead livestock is closer to 200.

A report on the topic aired by broadcaster KTK in May showed harrowing scenes of cow carcasses being burned in the village.

Khairatbek told Eurasianet that she was driven to spend 80,000 tenge ($165) to buy medicine in Nur-Sultan, 100 kilometers south-west of Erkenshilik, for her remaining animals.

They survived, but the expense has left Khairatbek falling behind on the debt, and the bank has since imposed fines for her overdue payments.

Under current rules, farmers in Kazakhstan only receive compensation for animal losses if their livestock is insured (a rarity), if local authorities declare a quarantine, or if an animal dies from a particularly dangerous disease.

FMD falls into this category. If the disease is diagnosed, affected herds should be quarantined and culled in line with official recommendations from the 181-member World Organization for Animal Health (WOAH).

The WOAH acknowledges that FMD outbreaks in livestock do not pose a public health risk to humans.

But in Akmola, the state veterinary service said samples sent from Erkenshilik to the National Reference Center for Veterinary Medicine in April tested negative for that disease. They tested positive for lesser illnesses including infectious rhinotracheitis, viral diarrhea, and chlamydia, the service said.

In addition to costing the government money in compensation, declaring outbreaks of foot and mouth risks its reputation as an exporter.

When decision-makers in the central Karaganda region registered an FMD outbreak in January, Russia suspended imports of Kazakh meat.

Villagers searching for the source of the disease believe the illness may have been transmitted through hay brought in from the neighboring Pavlodar region.

An outbreak of an unknown disease was reported in that area in 2021, and viruses can sometimes travel in animal feed.

Farmers in Erkenshilik are forced to import hay from outside the region. Although Kazakhstan boasts vast expanses of land, the territory surrounding Erkenshilik is ill-suited to haymaking.

Fires, meanwhile, often destroy what hay is grown or imported into the village from farms elsewhere in the Akmola region.

These blazes are fueled by long dry spells. Marat Zhampeisov, the head of Erkenshilik’s village council, told Eurasianet in late June that the area had seen virtually no rain in 2022.

Erkenshilik is ill-equipped to combat the fires. A single fire truck sits not far from the village council’s building, but there are no personnel to man it. Zhampeisov said that a tender has been put out for a firefighting contractor, who should start work soon. 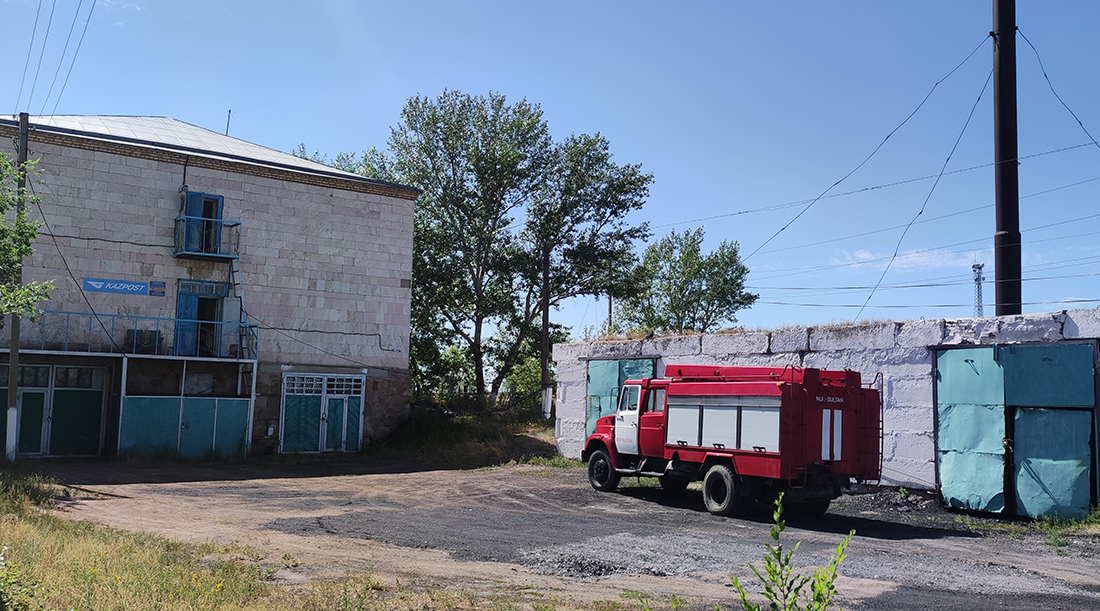 In the meantime, Erkenshilik is served by two neighboring fire stations: one 18 kilometers from the village, and another in the town of Yereymentau, 42 kilometers away.

The situation with livestock disease in Erkenshilik mirrors events in the village of Karabulak, where scores of cattle fell ill in July 2021.

At the time, local officials told this Eurasianet correspondent that the animals had tested negative for “dangerous diseases,” and that livestock suffering from the “unknown illness” would need to be treated at their owners’ expense.

But in the spring of 2022, Akmola’s government belatedly recognized that there had been an outbreak of foot-and-mouth disease in the region, and that a vaccination program would be implemented for “susceptible” animals later in the year.

It is unclear whether Karabulak residents will be able to claim compensation retroactively.

As a rule, government-funded vaccination against foot-and-mouth disease should be carried out in the winter.

But due to the cost for the government, only areas deemed high risk receive the vaccine, and often after outbreaks in proximate areas have already been suspected.

Cattle in the village of Aksu, not far from Karabulak, only received vaccines against FMD in June of last year. Authorities blamed late implementation on delays shipping the vaccines from Russia.

Farmers in Erkenshilik do not yet know whether their village will fall under the next vaccination campaign, but the proliferation of “for sale” signs in the village suggest many have made up their minds about the future of farming in the area. 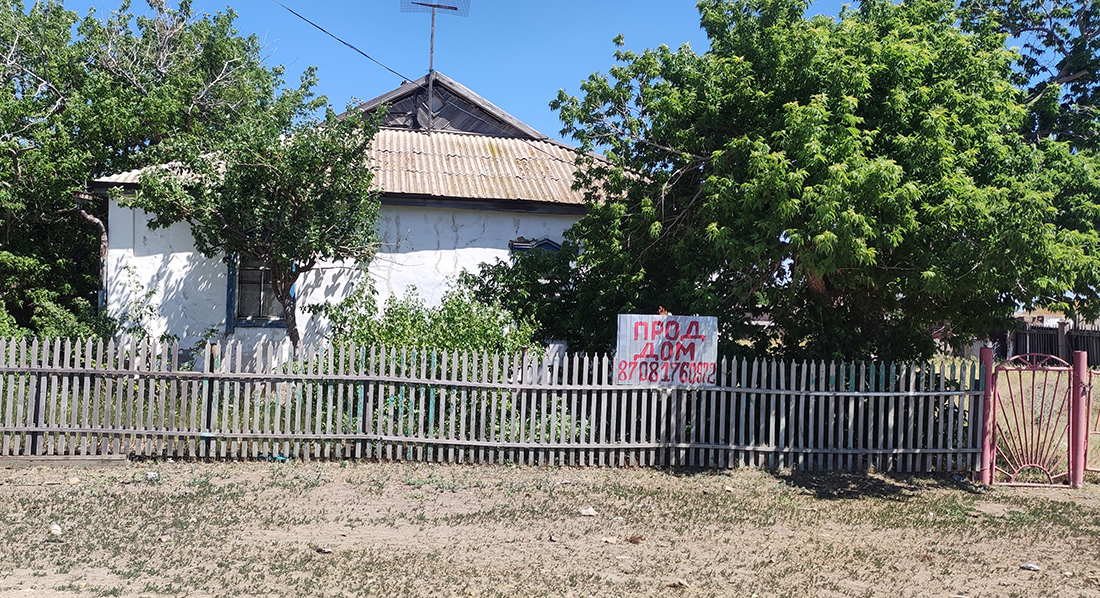 One man, Olzhas, said leaving the village and staying there were equally undesirable.

“[The government] says they will lift the village up, but we are not seeing it. Everyone wants to leave, but when you get to the city every movement there costs you money,” Olzhas said.