Demonstrations spread to cities all across the country. 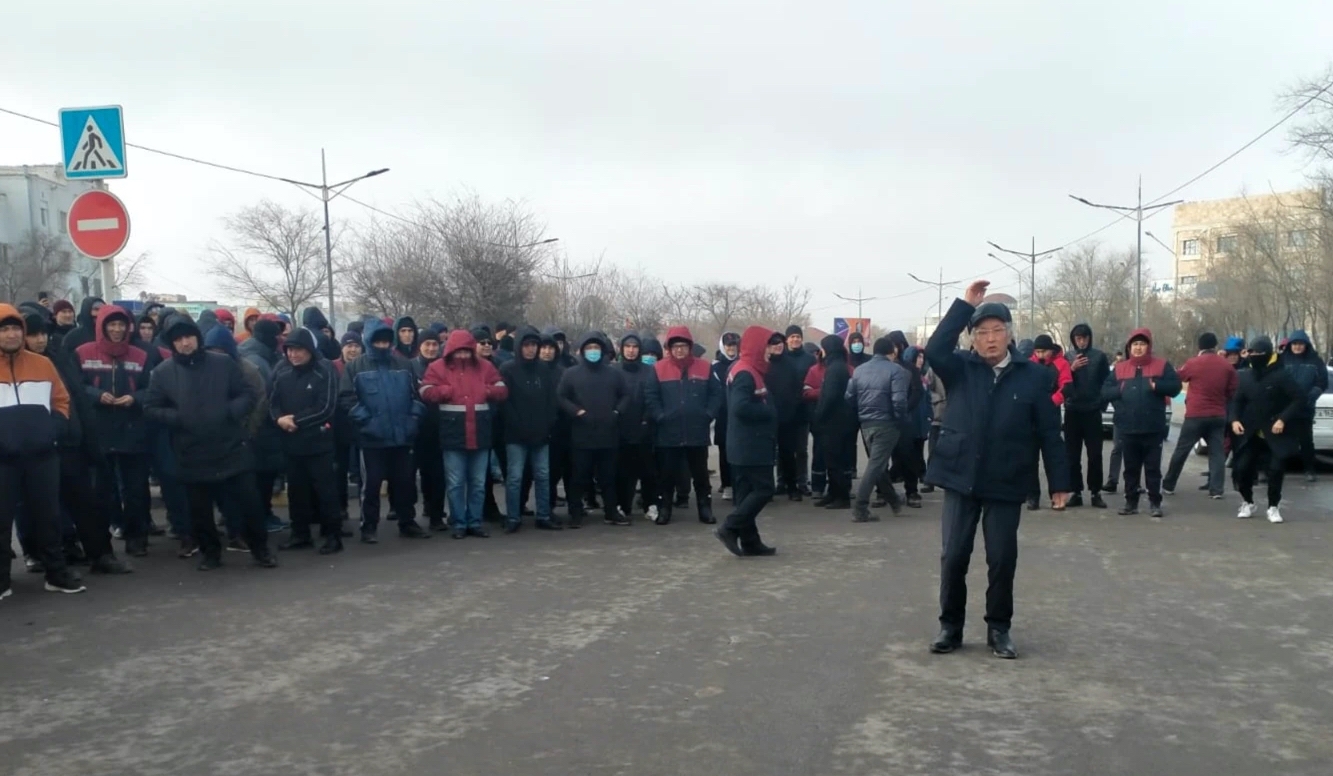 Kazakhstan has begun the new year with a wave of demonstrations over fuel prices that began, alarmingly for the government, in the oil town of Zhanaozen, where protests spiraled into deadly violence a decade ago.

Hundreds of demonstrators outraged by rising prices for liquified petroleum gas, or LPG, took to the streets on January 2 in Zhanaozen, in the western Mangystau region, and remained there overnight.

Authorities scrambled to explain the spike, resorting to competing and contradictory theories. Local officials blamed high demand. The Energy Ministry, meanwhile, cited a more technical cause. It pointed to completion of a shift to electronic trading for LPG on the international market that took effect on January 1, which has caused a fluctuation in prices in line with supply and demand, whereas the fuel was previously often sold at a loss to producers.

But Energy Minister Magzum Mirzagaliyev then contradicted that theory by claiming gas stations were suspected of price-fixing – LPG's cost to resellers is currently around 80 tenge, he said, and retail prices had rocketed beyond what would be expected.

As a concession, fuel stations in Mangystau Region have cut prices for LPG back to 85-90 tenge. But none of this pacified the angry demonstrators in Zhanaozen, whose grievances were taken up by others around Kazakhstan.

Small protests broke out in other towns in western oil regions, which are known for their high protest potential, including Aktau, where video posted on social media showed protesters scuffling with police late on January 3, and Aktobe, where around 100 people turned out. There were also reports of strikes at two oilfields in Mangystau Region.

Protests spread far beyond the western oil region, including to Nur-Sultan, the capital, where three people were detained, and Almaty, the commercial capital, where police made preventive detentions of activists they suspected of planning to protest.

Not all the protesters were voicing clear goals. Some were demanding lower prices for fuel, even in places where prices had not shot up.

Protesters were unmollified by the government producing data indicating that the average price of LPG in Kazakhstan, at 110 tenge ($0.25) per liter, is the lowest among comparable members of the Commonwealth of Independent States, a post-Soviet grouping.

Arguments about low prices for LPG meaning there was little stimulus to produce it or invest in upgrading production facilities likewise failed to move demonstrators.

“The authorities say there is not enough gas, that a plant built 50 years ago is decrepit and outdated. So what have they been doing for the last 30 years? Sleeping?” a protester in Zhanaozen asked Radio Azattyq rhetorically.

High prices generally also became a theme, indicating that broad socioeconomic disaffection in a country still struggling to recover from last year’s pandemic-induced recession was a motivation for protesters.

Some of those who took to the streets were simply voicing support for their fellow citizens in the troubled town of Zhanaozen, whose name still evokes strong passions a decade after security forces opened fire on striking oil strikers in December 2011, killing 16.

There, as the protests continued into a second day and President Kassym-Jomart Tokayev ordered the government to “urgently examine the situation in Zhanaozen,” some demonstrators had moved on from the topic of high fuel prices to start making political demands, including for the resignation of the regional governor, Nurlan Nogayev.

“The people should elect the akims [mayors and governors] of regions and towns. We do not need puppets and shirkers sent from Akorda [the presidential palace],” Zholaman Seilov, a resident of Zhanaozen, told Radio Azattyq.

His words echoed complaints often heard from ordinary people in Kazakhstan who feel they are ruled by unaccountable leaders who neither understand nor care about their problems.

“Yesterday local leaders said they do not influence gas prices,” Seilov said. “We do not need leaders who cannot resolve burning problems!”

*Correction: This story originally stated that the protests began over the price of liquified natural gas (LNG) rather than liquified petroleum gas (LPG).