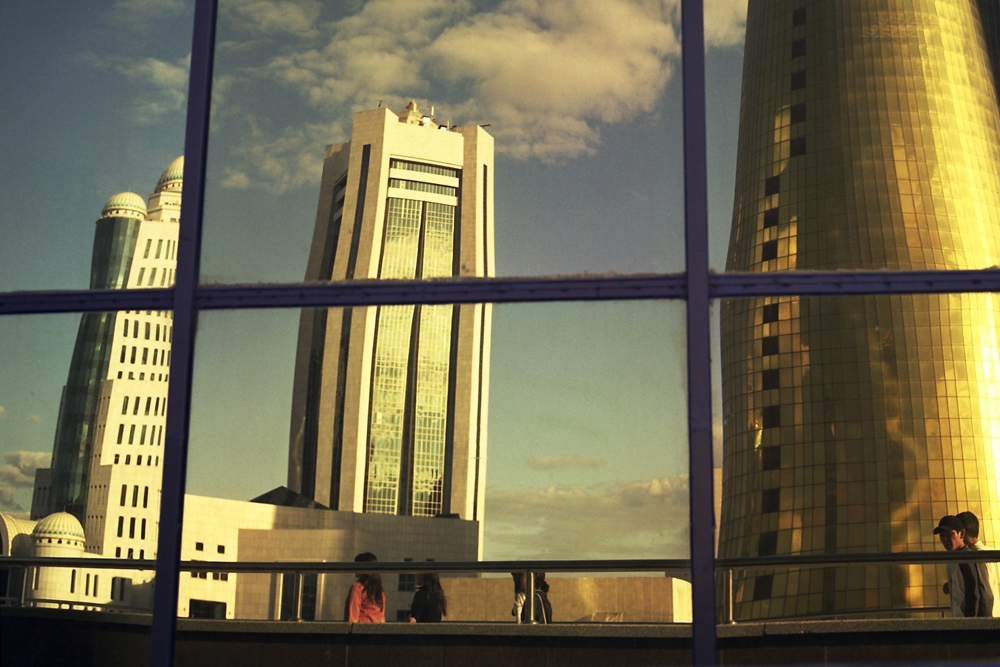 Homophobic rhetoric is on the rise in Kazakhstan, and members of the country’s gay and transsexual community are bracing for a possible legislative assault on their rights.

Activists for the lesbian, gay, bisexual, and transgender (LGBT) community worry that Kazakhstan may follow Russia’s lead and adopt legislation prohibiting the “propaganda” of homosexuality – or even slap an outright ban on “homosexual relations,” as some MPs have advocated.

In May, MP Aldan Smayyl described homosexuality as “amorality” and called for legislation to class homosexuals as “criminals against humanity.”

Such statements bring to mind unfortunate parallels with the fictional character Borat, whose outrageous homophobic and sexist comments in the eponymous 2006 movie was a source of embarrassment and vexation for Astana.

Amid the outbursts, Kazakhstani gay-rights non-governmental organizations (NGOs) are keeping a low profile: NGO representatives have issued no statements and did not respond to EurasiaNet.org’s requests for comment.

On an individual level, a few members of the LGBT community are speaking out, albeit anonymously. “I consider this [homophobic rhetoric] unacceptable. It’s like fascism. If we start persecuting one group, then it will be another – Jews, then Uighurs,” said Roman, an Almaty-based designer who asked to be identified only by his first name. “I think the state should treat all citizens equally and doesn’t have the right to discriminate against people according to their affiliation.”

International campaigners caution that aggressive rhetoric in parliament can foster public hostility toward the LGBT community in Kazakhstan, where it already faces discrimination in this relatively conservative, Muslim-majority society. “Trying to exclude LGBT people by calling them alien to Central Asian 'traditions' and 'mentality' is the same as trying to make them less than human,” Anna Kirey, a researcher on LGBT rights at New York-based Human Rights Watch, cautioned.

“Passing the laws that Kazakhstani MPs are calling for would make LGBT people's lives even more difficult and potentially encourage more violence [against them],” she told EurasiaNet.org. “MPs should pass laws that protect citizens of Kazakhstan from discrimination and improve their lives, not further marginalize them.”

Attempts to raise the profile of Kazakhstan’s LGBT community have been met with antipathy. A symbolic lesbian wedding in April in the city of Karaganda prompted another MP, Kairbek Suleymenov, to demand “mechanisms” to counteract gay marriage as “alien” to national “traditions” – though no legal mechanism for gay marriage exists, or is planned in Kazakhstan.

Some community members believe that calls to criminalize homosexuality are pushing dangerous limits. “This gives the green light to discrimination,” Aleksandr, a member of Kazakhstan’s transgender community, told EurasiaNet.org.

Aleksandr is one of a number of transsexuals stuck in a legal limbo in Kazakhstan, where the process of changing documents to acquire ID cards, passports and other documentation under their new gender identity has led them into an official quagmire.

The report uncovered “dramatic and disturbing evidence of homophobic and transphobic antagonism and violence toward LGBT people.” Interviewees “recounted wrenching stories of being humiliated, tormented, and physically and sexually assaulted because of their sexual orientation or gender identity.”

The study, based on questionnaires completed by 991 respondents, said that 81 percent found public attitudes toward the LGBT community “unfriendly” or “quite unfriendly.” It showed that in a society where homosexuality remains largely a taboo topic, members of the LGBT community often prefer to conceal their sexual orientation or gender identity to forestall prejudice and discrimination.

A vigorous, ongoing online debate in Kazakhstan shows that prejudice is thriving: many commentators back the idea of legislating against homosexuality, sometimes with outpourings of homophobic abuse. Others are fervently against, dismissing parliamentarians calling for legislation as out-of-touch bigots.

The Soros Foundation study found that the LGBT community faced violence as well as discrimination: 27 percent of respondents had “experienced acts of homophobic or transphobic physical aggression or assault, including battery, sexual harassment, pushing, hitting, kicking, and sexual assault.” Three quarters of victims did not report incidents to the police, who were sometimes complicit in abuse, or did not take reports seriously.

Since the study’s publication four years ago, “nothing has changed in the situation, but in terms of public opinion, probably because of what happened in Russia, it's getting worse,” Ainur Shakenova, Law Reform Program Coordinator at the Soros Foundation-Kazakhstan who oversaw the report’s compilation, told EurasiaNet.org.

Abuses are ongoing, agrees Kirey. “Lesbian and bisexual women face high levels of family violence and are forced to be married to men. In some instances, relatives and strangers sexually assault them to ‘cure’ them of homosexuality.”

“Members of parliament should refrain from making homophobic statements and focus on protecting LGBT people from family violence and street violence,” Kirey added.