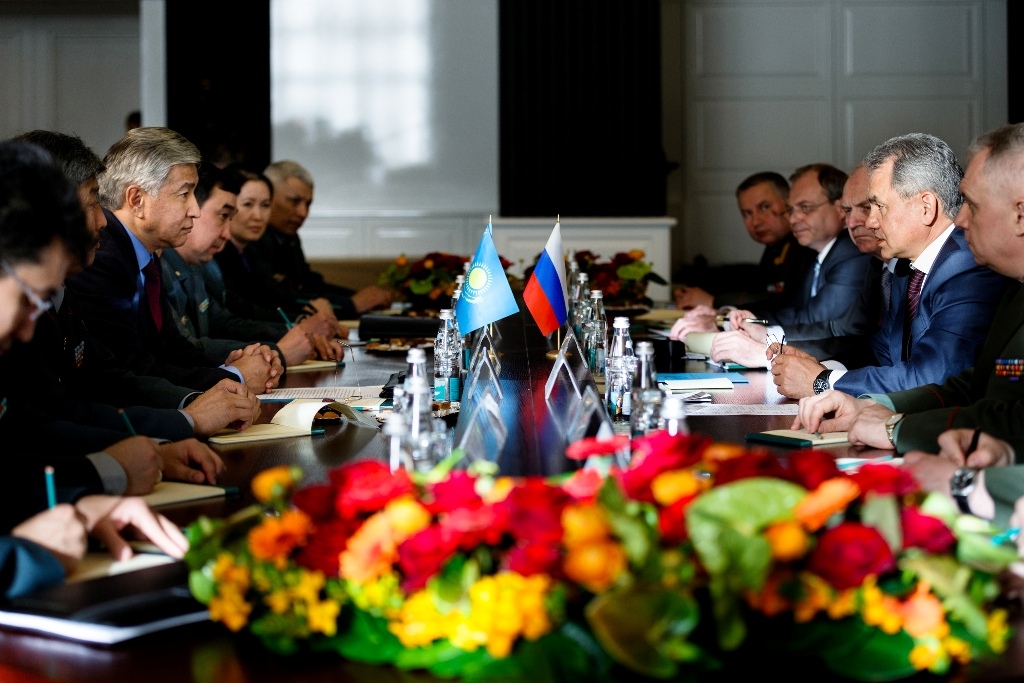 Russia has given Kazakhstan several air defense systems, and the two sides reportedly negotiated more Kazakh purchases of Russian aircraft during a visit by Russian Defense Minister Sergey Shoigu this week to Astana.

The delivery of the S-300PS air defense systems has been discussed for years. When Russia announced at the end of last year that the deal was finally complete, the Kazakh side declined to comment publicly, and anonymous MoD officials complained that the systems in fact needed lots of repair and were not ready for service.

This time, though, Kazakhstan's MoD announced that they had received the S-300s -- and that Russia had even thrown in 170 rockets to be used with them.

It's unclear what threats from the air Kazakhstan faces. But Russia has been pursuing a joint air defense system within the Collective Security Treaty Organization, and has been carrying out analogous negotiations with CSTO members Armenia and Belarus. (Kazakhstan also has claimed that Uzbekistan drones have violated its airspace.)

In addition, Shoigu discussed two possible aircraft deals with Kazakhstan, reported the Russian newspaper Kommersant, citing a source "familiar with the deals." They would include four Yak-130s, which can be used both as training aircraft and light attack jets; an undisclosed number of Yak-152 training aircraft; and two Il-76MD-90A military transport aircraft. The negotiations on the transport aircraft are "relatively advanced," Kommersant reported.

Nothing was mentioned about this publicly, but the Kazakhstan MoD press release on Shoigu's visit noted that under an agreement signed last year Kazakhstan can buy weaponry from Russian arms manufacturers at the same discounted price at which Russia's armed forces buy it. Under that agreement Kazakhstan already has acquired Su-30SM fighter aircraft, Mi-171Sh military transport helicopters, and Mi-35 combat helicopters. "We signed an agreeement that opens new frameworks, new frontiers for further work in the sphere of military-technical cooperation," Kazakhstan's defense minister Imangali Tasmagambetov said.