A public conversation on the subject has been triggered by a faux pas by a prominent businessman. 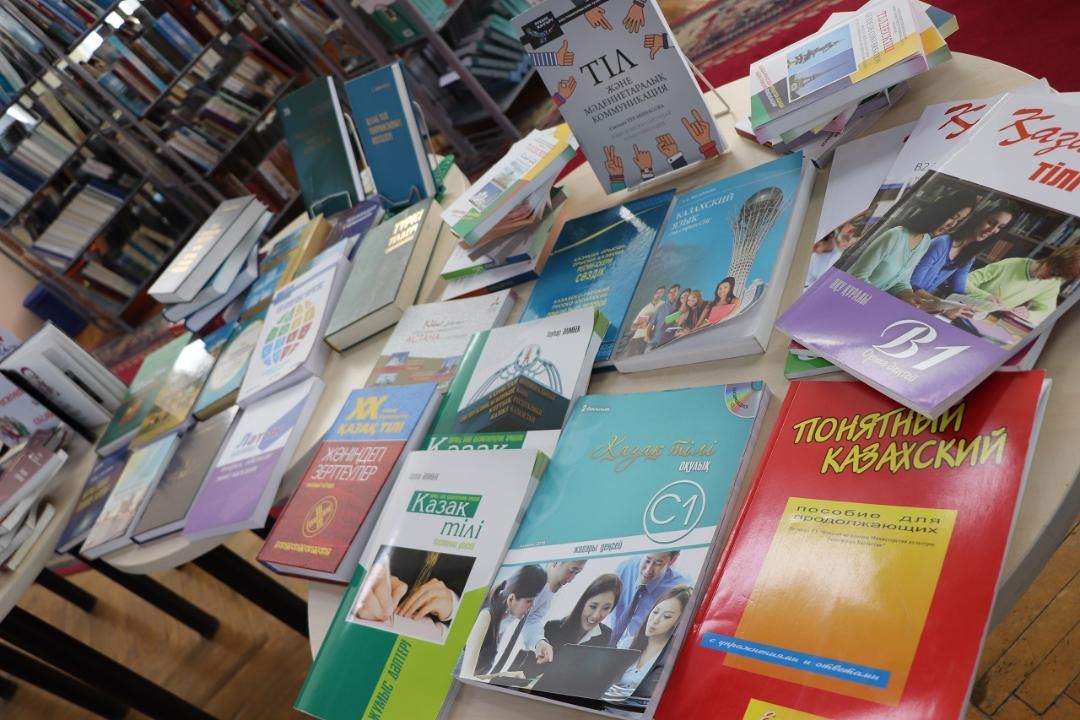 Popularization of the Kazakh language has become a top priority for the government. (Photo: Government website)

Kazakhstan’s government is introducing fresh rules to ban discrimination on linguistic grounds in the workplace just as a rowdy public conversation unfolds around the status of the Kazakh language.

The amendment to an existing Labor Ministry decree on worker rights adopted on October 20 is ostensibly the result of an order issued in May by President Kassym-Jomart Tokayev at a gathering of the Assembly of the People of Kazakhstan.

The timing suggests, however, that the change may have a more topical cause.

Social media has been abuzz for a few days over a faux pas by the Almaty-based founder and co-owner of Chocofamily, a large online services company.

While addressing an adaptation seminar for newly arrived Russians – many of them fugitives from their government’s partial mobilization – Ramil Mukhoryapov, an ethnic Tatar, dared to venture a controversial opinion about the properness of speaking Kazakh in public.

When Kazakhs who are able to speak in Russian answer back to somebody addressing them in Russian by speaking Kazakh, Mukhoryapov said during the October 19 event, it was a sign of ill-breeding.

“It seems to be a little odd, a little bit of a manifestation of nationalism. I get it, but it is hardly an expression of high culture,” he said.

Footage of the remarks quickly went viral. Outraged Kazakh speakers opined that they had every right to speak their own tongue in their own country if they saw fit. Others demanded that Mukhoryapov have more respect for the state language.

Public relations consultant Azamat Yergali called on the businessman to apologize to his compatriots in Kazakh, a gesture that he said would be a demonstration of “great culture” on Mukhoryapov’s part.

“[Ramil, stop] discussing Kazakhs and the Kazakh language in such a derogatory manner. Especially with foreign laborers,” Yergali wrote on Facebook, mischievously referring to the newly arrived Russians with a term often used in a less than flattering way by Russians to refer to Central Asian migrant workers in their midst.

The controversy has had immediate ramifications for Mukhoryapov. Many users of his company’s services, which include a discount coupon scheme and an online air and railway ticket website, have stated their intent to boycott it. Part of the discomfiture at Chocofamily is provoked by more than Mukhoryapov’s remarks. The issue is also that most of his company’s websites only have Russian-language interfaces.

The entrepreneur’s initial reaction was to take to Instagram to defend himself and argue with his critics. Seeing that he was not going to win the fight, however, he subsequently filmed and posted a video in which he pleaded for forgiveness.

“I want to apologize to everyone who was hurt by the [original footage]. I have watched it again and indeed, it was very rude and harsh,” Mukhoryapov said, delivering the apology in somewhat halting Kazakh.

The whole brouhaha appears to have caught the attention of the highest powers in the land. Speaking at a meeting with the public in Almaty on October 19, President Kassym-Jomart Tokayev urged people to avoid creating artificial tension around the issue of the state language.

“We should stop saying that the Kazakh language is not developing. [...] The use of Kazakh is increasing every year. So there is no reason to worry,” Tokayev said.

He added that people should “honor their own language,” but that it was important at the same time “to not refuse to study other languages.”

By other languages, it is probable Tokayev meant Russian. The president is a fan.

During a presidential summit of the Commonwealth of Independent States on October 7, he suggested founding an international organization for the support and promotion of the Russian language. He noted that somewhere up to 300 million people worldwide speak Russian and that this made the language a useful tool for communication across borders.

Under Kazakhstan’s constitution, Kazakh is the state language, while Russian enjoys an important but slightly inferior status as an official language.

Despite this formal distinction, Russian has long enjoyed an arguably more privileged standing in Kazakhstan. Kazakh is increasingly gaining ground, however, including in white collar working settings. Growing volumes of audiovisual and print content are being produced in Kazakh.

Many ardent champions of Kazakh insist, however, that the language is not getting the respect it deserves. Some argue that that will not change until all people who call themselves citizens of Kazakhstan are required to prove their ability to speak the state language.