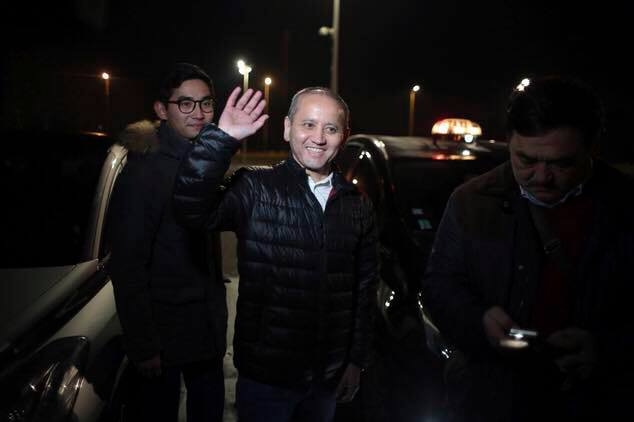 A court in Kazakhstan has sentenced exiled government foe Mukhtar Ablyazov to life in jail after finding him guilty of ordering the murder of a banker.

The November 27 ruling by the court in the Zhambyl region comes as a surprise to absolutely nobody.

This trial, conducted in the absence of the accused, has wrapped up a few months after the end of the related trial of Murathan Tokmadi. In April, Tokmadi was sentenced to 10 years in jail for the 2004 killing of Yerzhan Tatishev, who was the chairman of Bank TuranAlem at the time of his death.

Tokmadi, who pleaded guilty to the murder, said he had carried out the killing on Ablyazov’s orders against payment of $4 million. Tatishev and Ablyazov both owned stakes in Bank TuranAlem — later rebranded BTA — at the time. The implication of the state’s case is that Tatishev’s death opened the way to Ablyazov taking over the bank.

Ablyazov has routinely derided these and other similar accusations. As of the evening of November 27, he appeared to have ignored this latest court ruling altogether, preferring instead to devote his online energies to showing solidarity with Ukraine in its ongoing standoff with Russia.

In practical terms, this verdict changes almost nothing. At least not for Ablyazov, who is ensconced in an unspecified European haven. If anything, the nature of the trial makes it even more of a certainty that no Western government is ever likely to agree to deport Ablyazov to Kazakhstan.

But with the state’s effective promotion of him to a convicted murderer, those vacuumed up as purported Ablyazov confederates face potentially greater stakes. Prosecutions against individuals with even only tangential ties to the ex-banker are facing increasingly fantastical and exotic charges as the government seeks to crush all signs of political dissent.