Critics will argue that Baitak is just an exercise in political astroturfing. 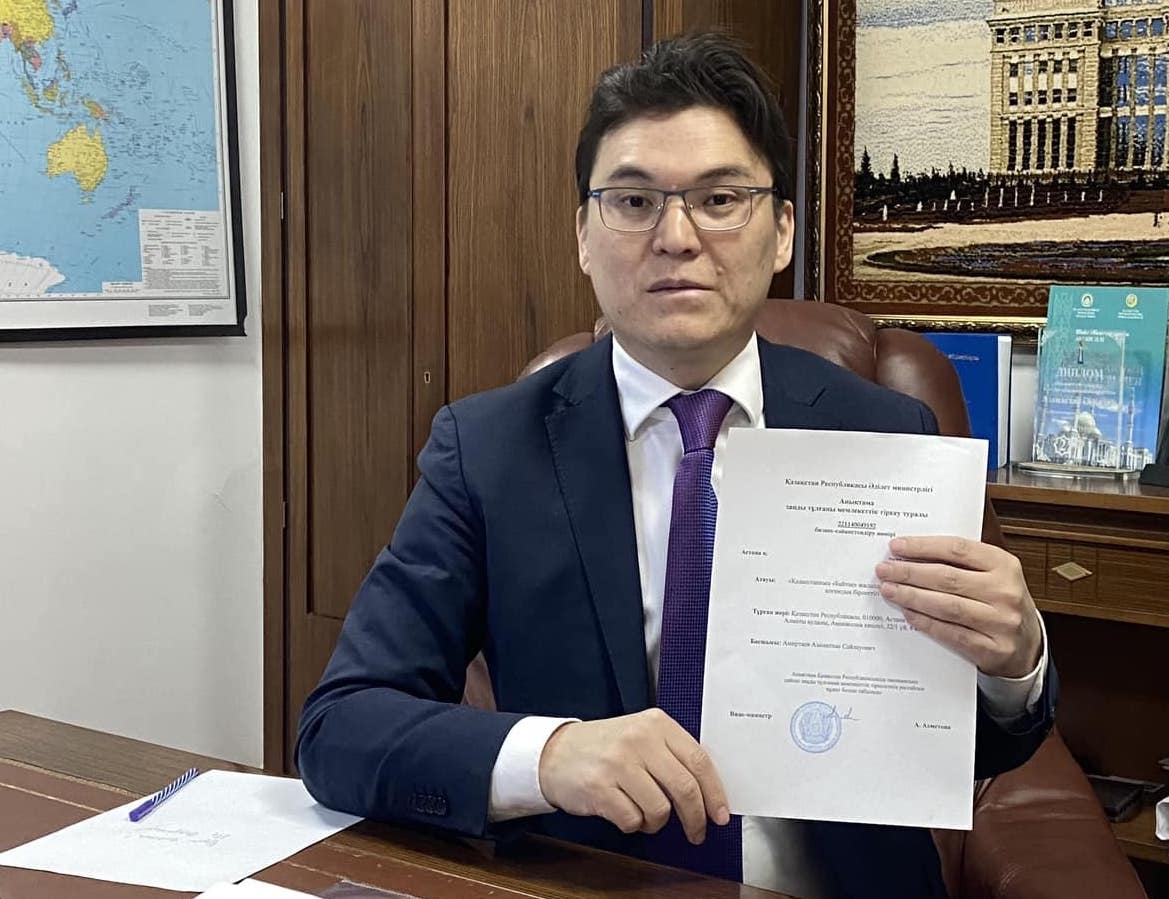 Kazakhstan's Justice Ministry has granted registration to a green issues-focused party, making it the first group in almost two decades to receive permission to operate as a legal political entity.

Signals from the administration of President Kassym-Jomart Tokayev, who is eager to be seen as a political reformer, are that several more new parties will get the same treatment in time for elections due to take place in the first half of 2023.

Tokayev said as much following his crushing victory in a presidential election earlier this month.

“New parties will be registered, this process is underway,” he said. “I believe that before the start of the parliamentary elections, several parties will be able to fulfill the proper conditions and get registered.”

There were until now only five parties registered in Kazakhstan. The ruling Amanat party (formerly Nur Otan) is the most dominant force and holds almost three-quarters of the seats in the lower house of parliament, known as the Majilis. The remaining parties are ostensibly in the opposition, although their criticism of government policies tends to be milquetoast at most.

It is unlikely Baytaq will break that mold. Amirtai is very much the elite insider. According to KazTAG, he was appointed earlier this year to sit on the 107-member kurultai – a top-down initiative intended to convey the impression of public involvement in policymaking. Amirtai has also served on the board of KazAgro, a state-run holding company investing in agriculture.

The vision for Baytaq as described by Amirtai at the party’s founding congress in Almaty in September strongly echoed Tokayev administration talking points on wanting to see a political reset in Kazakhstan.

“Our country is entering a new stage. I believe that the Green Party will become the backbone of a just state and a second republic,” Amirtai was quoted as saying by RFE/RL’s Kazakh service, Radio Azattyq.

Critics will argue, however, that Baytaq has every appearance of an exercise in political astroturfing.

When an Azattyq correspondent covering the founding congress quizzed some of the young attendees, he found that many were only present because they had been ordered to go by administrators at their university.

“They sent us here to fill up the hall. We don’t really know anything about what is going on here,” one student who declined to disclose his name told Azattyq.

The true test of the Tokayev administration’s commitment to political reform will be whether parties more strongly critical of his policies are also registered. Prospects on this front look doubtful.

The most sustained efforts at registration made in recent times by a vocally opposition force have come from the Democratic Party of Kazakhstan, or DPK, led by the journalist and activist Zhanbolat Mamay.

Mamay was arrested in February for mounting an unauthorized rally and was, before he could be released, further charged with “disseminating deliberately false information” and “insulting government officials.” He was later also accused of involvement in inciting the violent unrest that broke out after the New Year amid anger over a surge in fuel prices.

Attempts to get the DPK registered have all ended in failure. As Amnesty International has noted, when police in February 2020 arrested three of the party’s leaders and another 100 or so delegates at a founding congress, it effectively sabotaged the DPK’s registration efforts.

Businessman Beibit Alibekov, who is trying to register his own Respublica party – so as to prevent “rabid populists from coming to power," he has said – commended Baytaq on getting its papers, but bemoaned the complexity of the process.

“We support everybody, but to register, there are just so many things you have to do. Here at Respublica we have a dream team of great managers, and we are all in shock at the process,” Alibekov wrote on his Telegram account.