Kazakhstan has another go at KazMunaiGaz float

Officials want as many people as possible to get involved in buying shares. 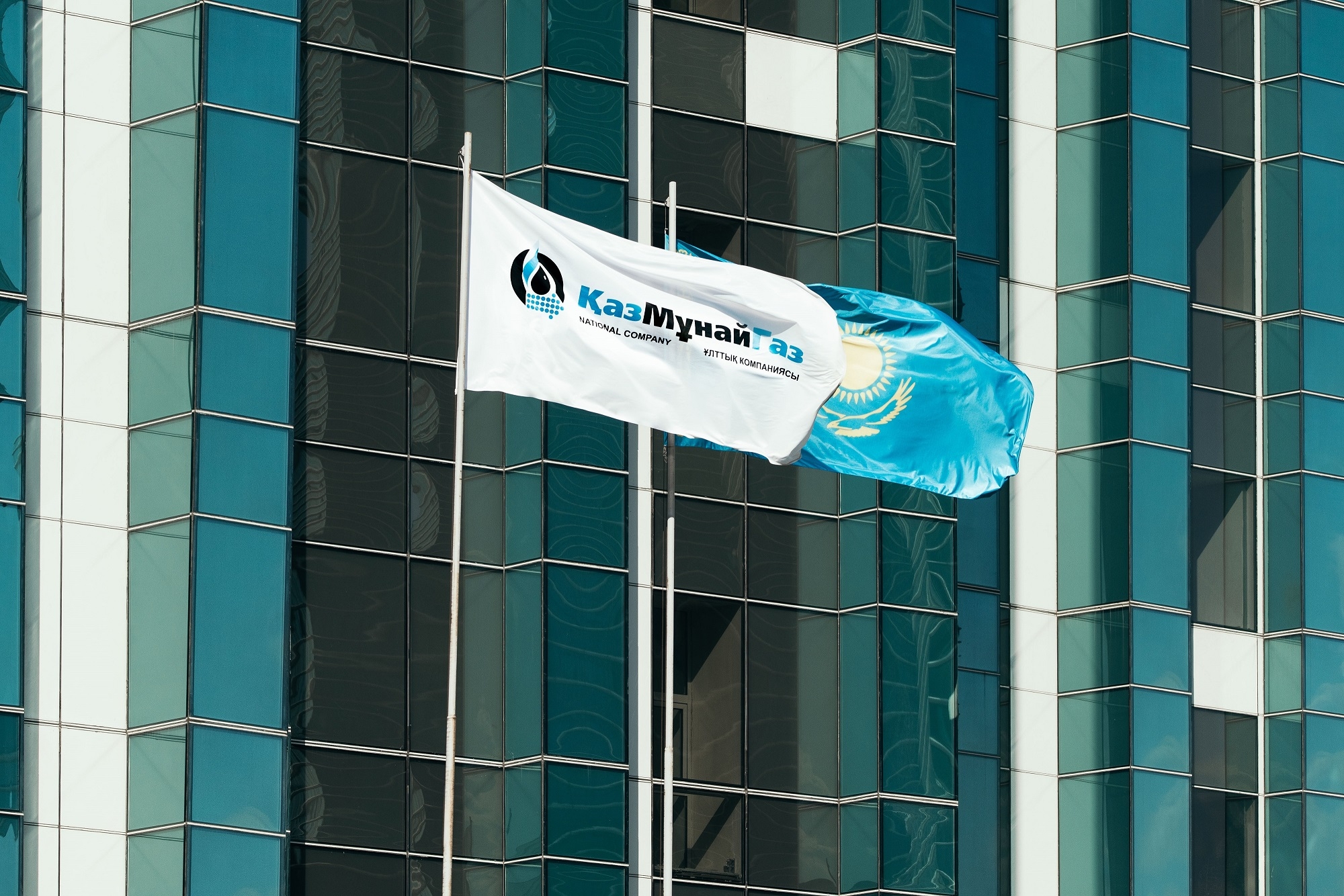 Flying the flag for Kazakhstan: Shares in KazMunaiGaz will be available to foreign buyers from later this year. (Photo: KazMunaiGaz)

A state-run holding in Kazakhstan is poised to make a fresh attempt at floating shares in the national oil and gas company later this year as part of the revived so-called People’s IPO.

Previous attempts to sell off shares in state-controlled companies have floundered amid waves of economic crises.

Almasadam Satkaliyev, head of Samruk-Kazyna, a national wealth fund that contains many of the country’s most valuable assets, said on June 28 that KazMunaiGaz would be sold on the domestic KASE exchange and would also be available to foreign buyers via the Astana International Exchange, or AIX.

KazMunaiGaz is at present 90 percent owned by Samruk-Kazyna, with the other 10 percent stake held by the National Bank. What share of the company is to be floated is yet to be established.

Satkaliyev has said the purpose of the share float is to attract as much public involvement as possible. Digital technology will be used to make acquiring shares easier, he said.

“It will be possible to buy shares without leaving home by using mobile applications. [Residents] of remote regions can use the services of the branches of [national postal operator] Kazpost,” he said.

Another state-owned company, gas trader QazaqGaz, will go public next year once a clear evaluation of the company is made possible amid the ongoing development of a single gas market in the Eurasianet Economic Union, Satkaliyev suggested.

The gas market in Kazakhstan is in flux at present. Domestic demand is experiencing 7 percent annual growth – a situation that has this year required exports to be cut back by 2 billion cubic meters.

President Kassym-Jomart Tokayev is selling the People’s IPO, as it was branded at its inception more than a decade ago, as a triumph for social justice.

“The People's IPO program should be revived,” Tokayev said at a government meeting in January 2021. “It is necessary that every citizen of our country have the opportunity to share in the national wealth.”

Since the People’s IPO was conceived in 2011, only two companies have actually been floated: oil transportation company Kaztransoil and power company KEGOC.

A planned float in 2015 was suspended amid a sharp fall in global prices for oil and a concomitant drop in the value of the national currency, the tenge. That last factor left national champions exposed to foreign debt struggling to meet their payments.

Daniyar Temirbayev, executive director of the Qazaq Association of Minority Shareholders, a lobbying group, believes there may have been another reason for the failure of the initiative to take wing. Many executives were resistant to subject themselves to the additional scrutiny that public ownership would have brought with it, he told Eurasianet.

“It was fine for them to report quietly in the offices of officials. But having publicity means they would have to take hits at shareholder meetings, and that increased their accountability,” Temirbayev said.

Following a powerful nationwide outburst of public anger at perceived corruption and bad governance at the start of this year, the chronic lack of transparency at Samruk-Kazyna has become impossible to ignore.

In March, the fund announced that it was implementing new rules on procurement that would make it less liable to the kind of cronyism that flourished under former President Nursultan Nazarbayev.

That same month, Samruk-Kazyna said it was embarking on a downsizing exercise. The managerial and administrative workforce was cut by half and rules for hiring new managers were tightened, the fund said.

“During interviews, psychological profiling to assess susceptibility to corruption risks and a polygraph are used,” Gibrat Auganov, a public relations manager at Samruk-Kazyna, said at the time.

Temirbayev says he is positive about the changes that have been effected so far, but he said that the government must also transform the way it interacts and runs companies that remain under its effective control.

“They must stop spending the money of companies under their control for government needs. [They must] lower irrational expenditures and increase their accountability to private shareholders,” he said.