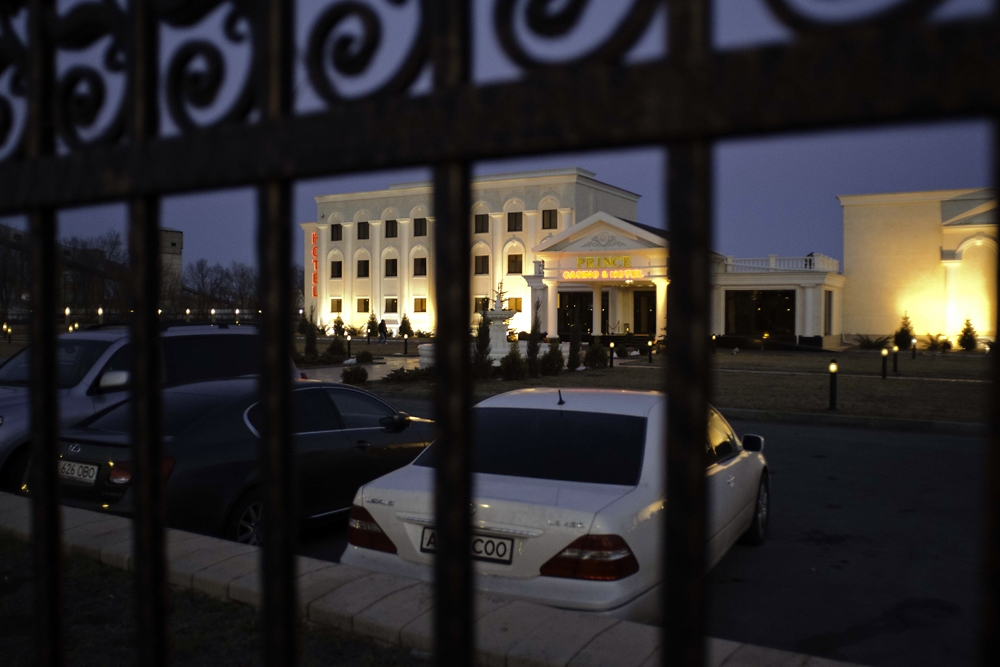 Luxury cars sit outside the gated Prince casino in Kapshagay. 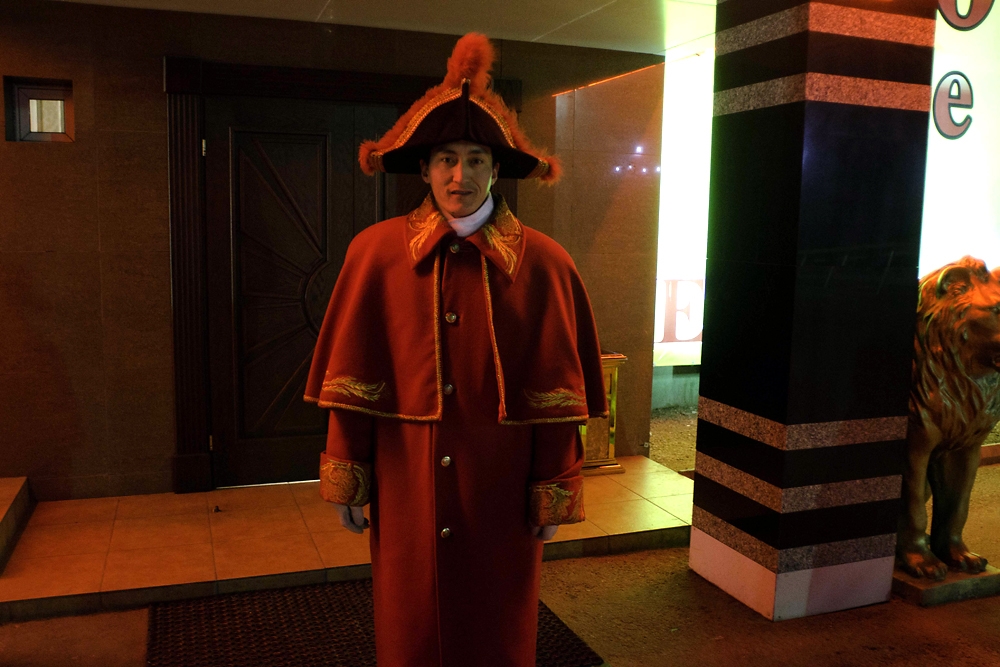 A doorman waits for customers outside the Orion casino. 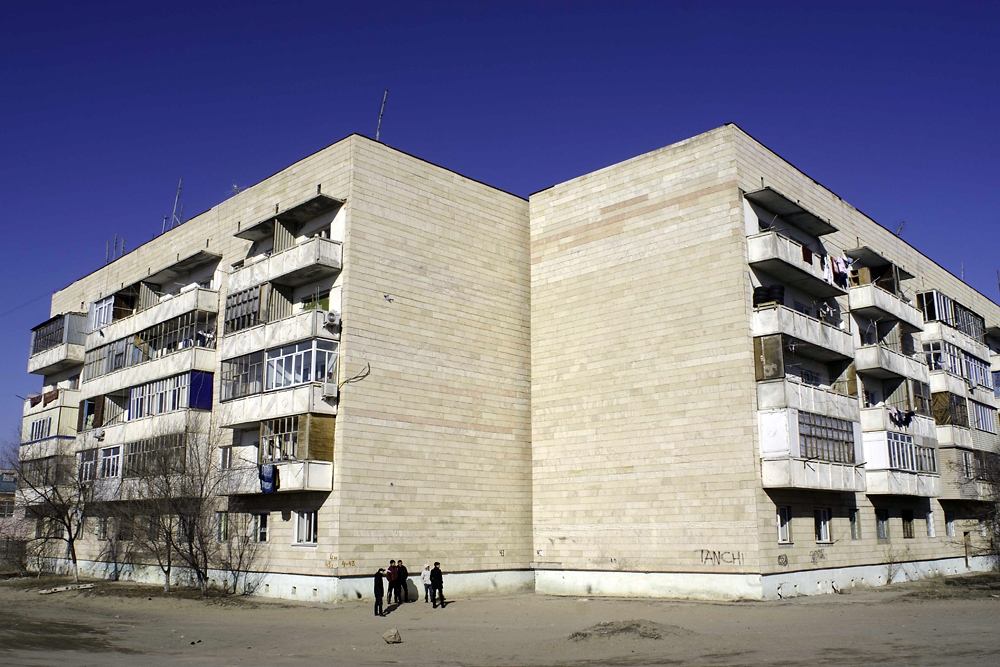 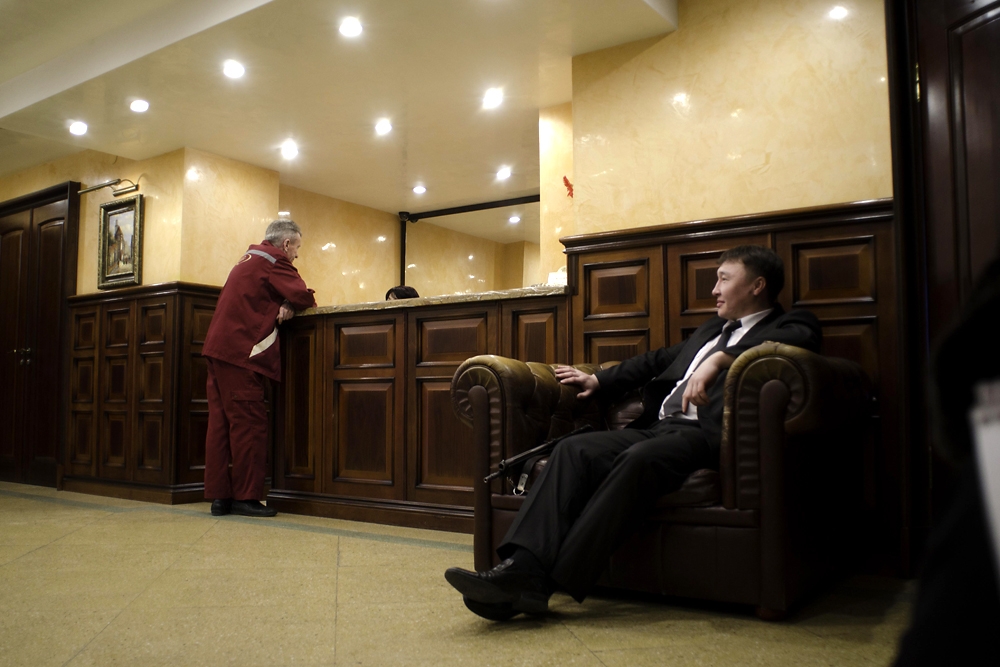 A guard shielding an automatic weapon sits in the lobby of the Flamingo, which was hit by heavily-armed robbers in August 2009. 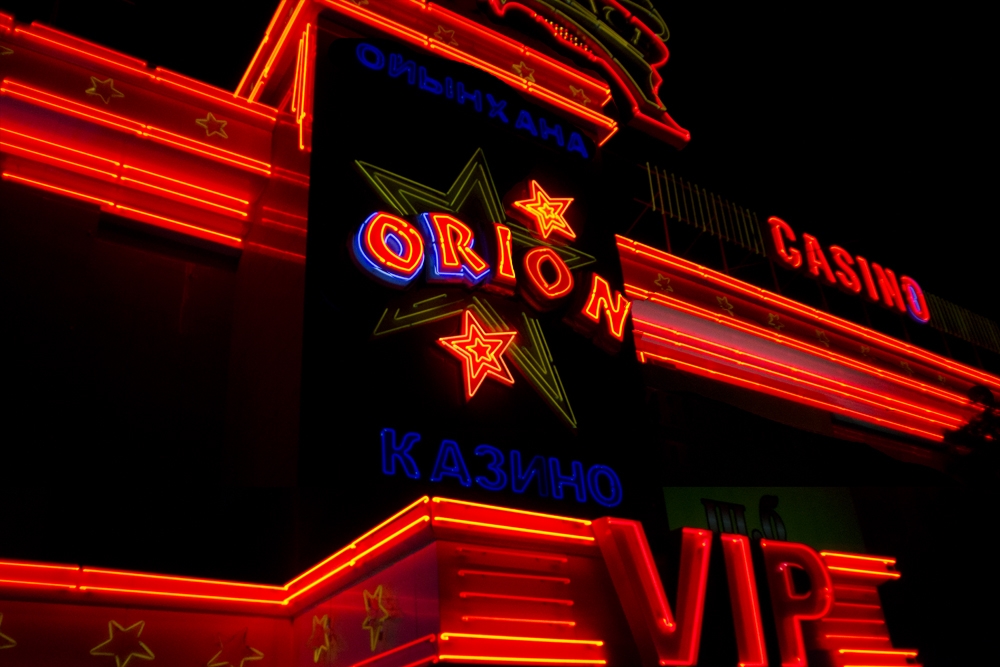 Outside the VIP entrance, colored neon lights flash and blink on the facade of the Orion casino. 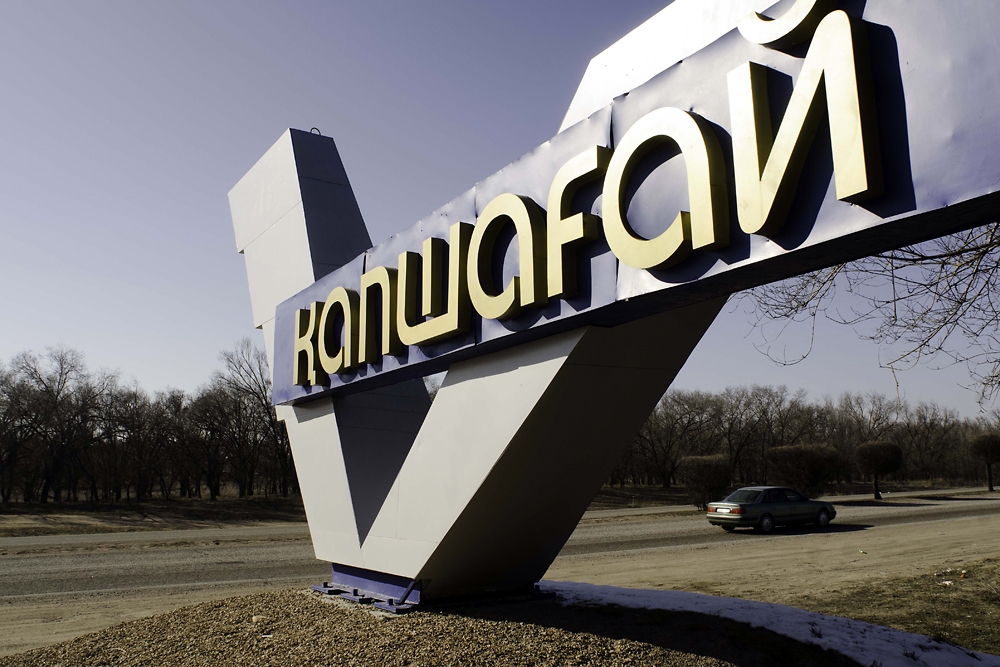 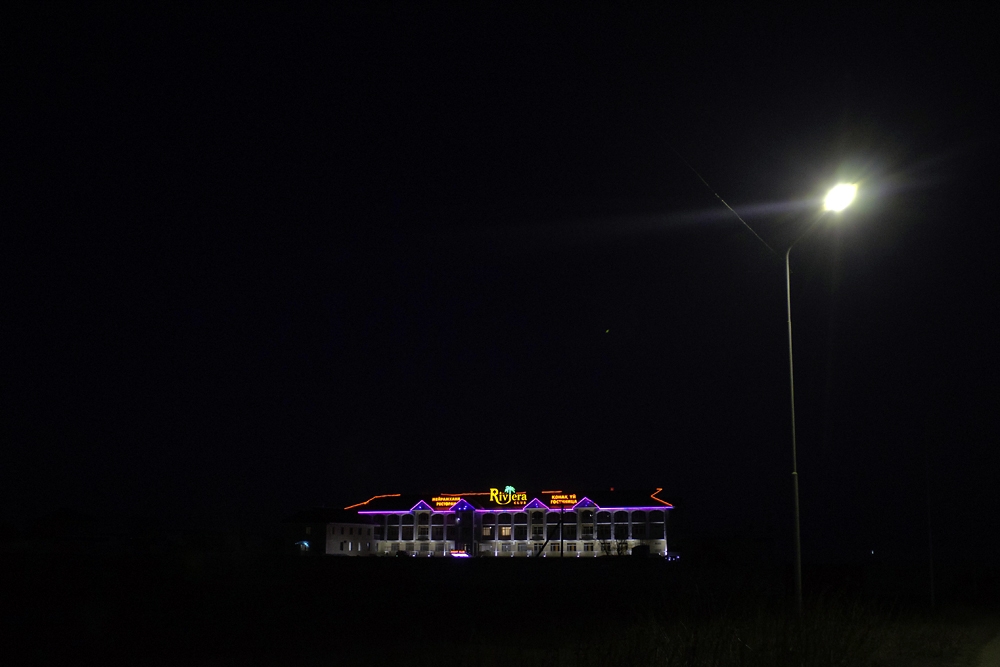 The Riviera casino sits alone in the pitch black on the shore of the Kapshagay reservoir. 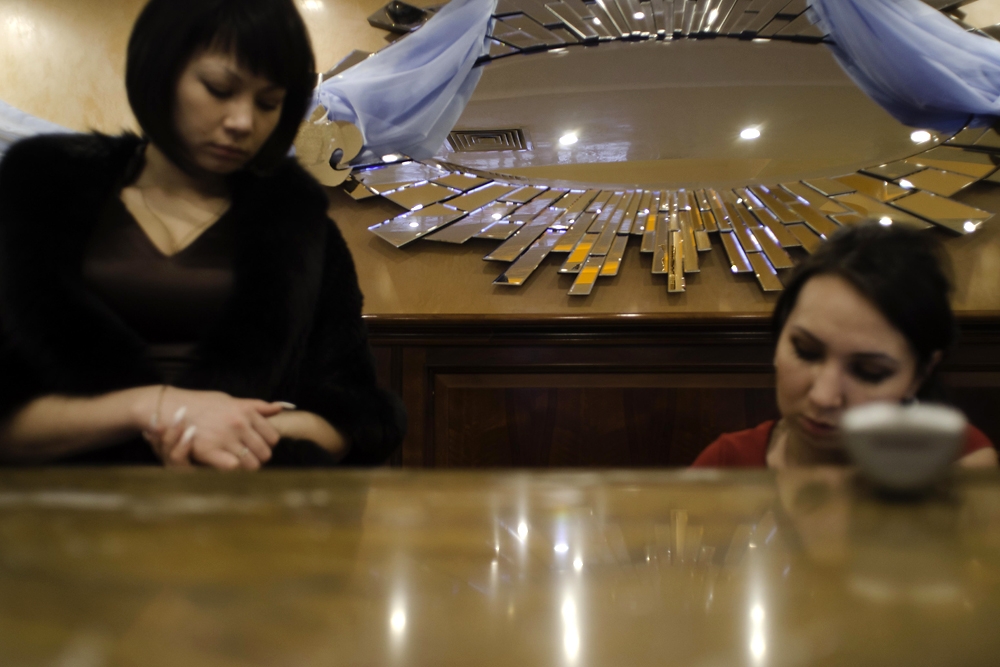 Under mirrors, glitz and often gaudy decorations, attractive young women in mini skirts work the welcome desks at the casinos. 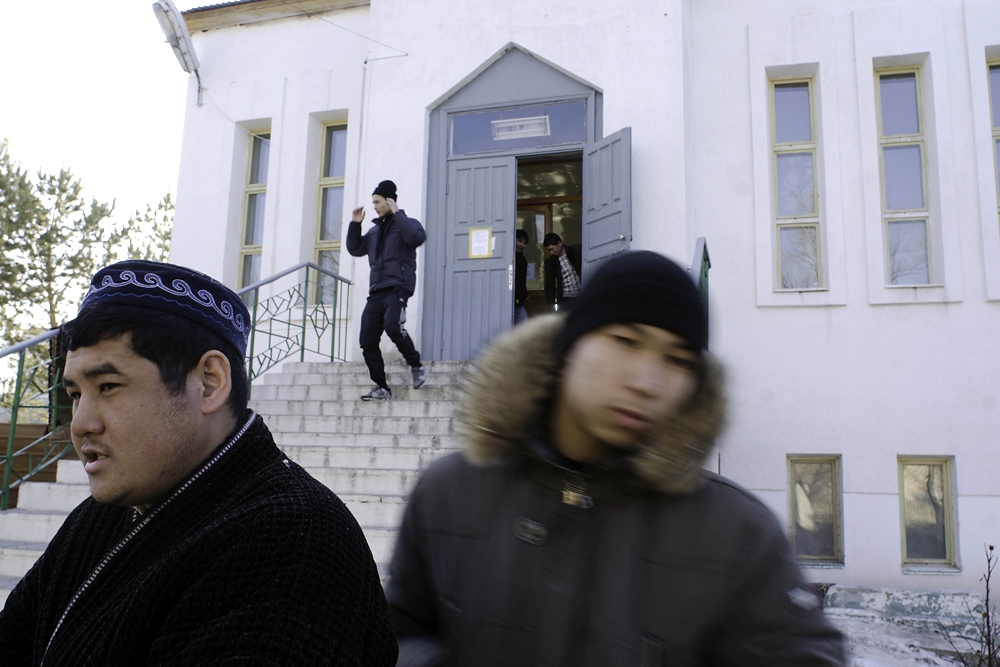 Daulet Yesnazaruly, the town mosque deputy imam, would like to see the casinos gone. 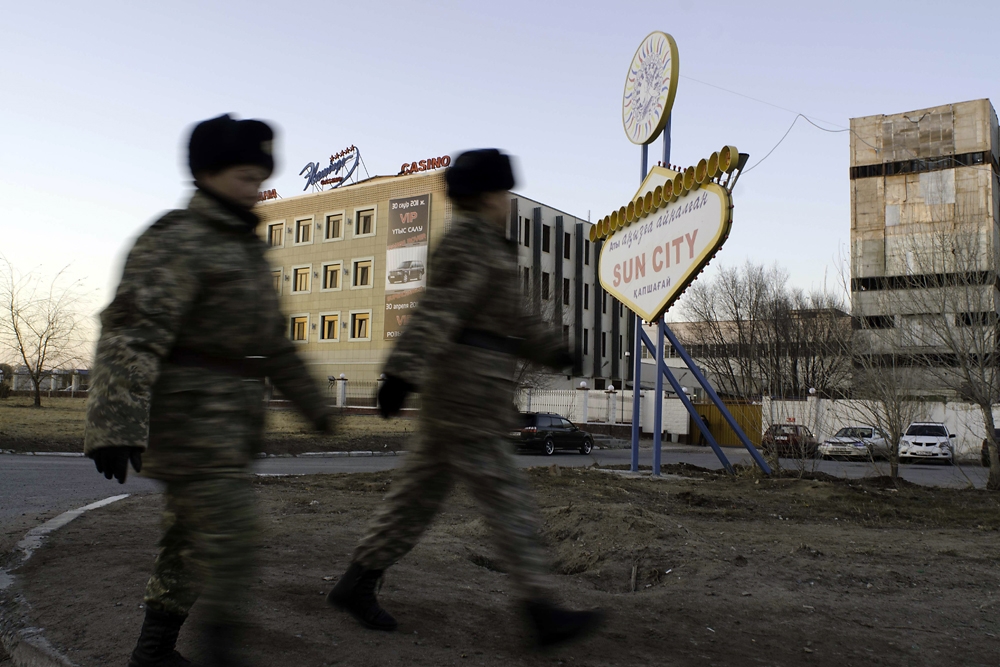 Female Kazakh soldiers walk past the Flamingo casino and an advertisement for the Sun City casino. 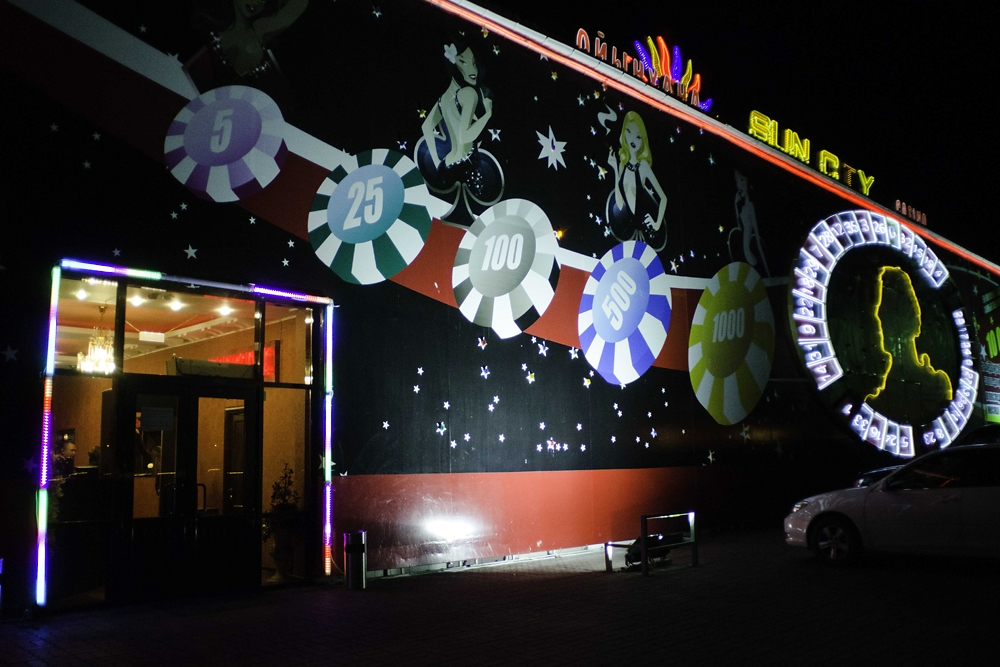 Like most casinos in Kapshagay, the two-story Sun City is ringed with a fence and monitored by guards at an entrance gate. 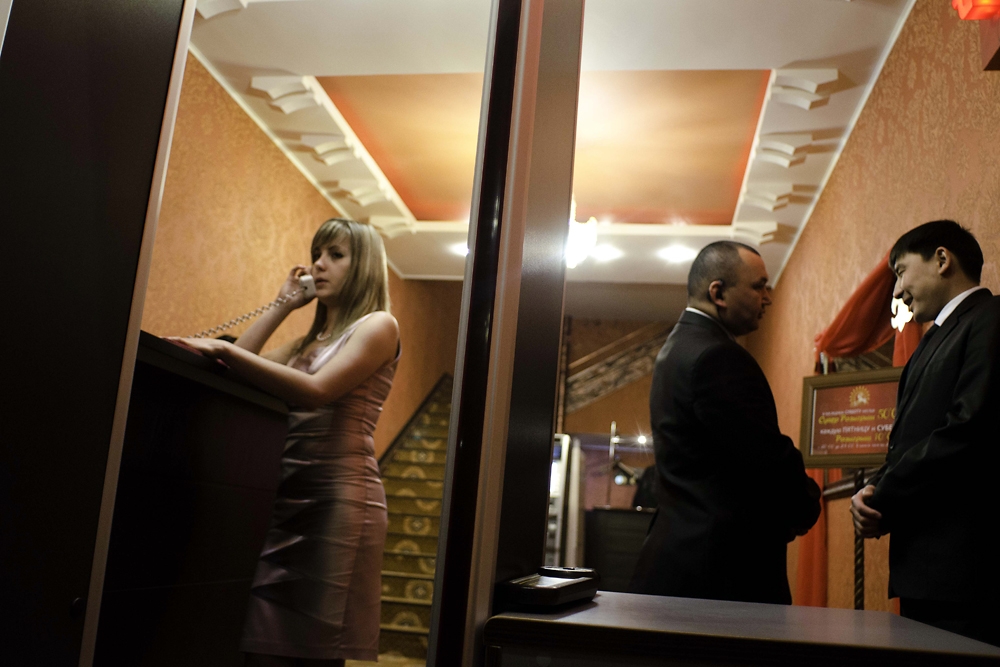 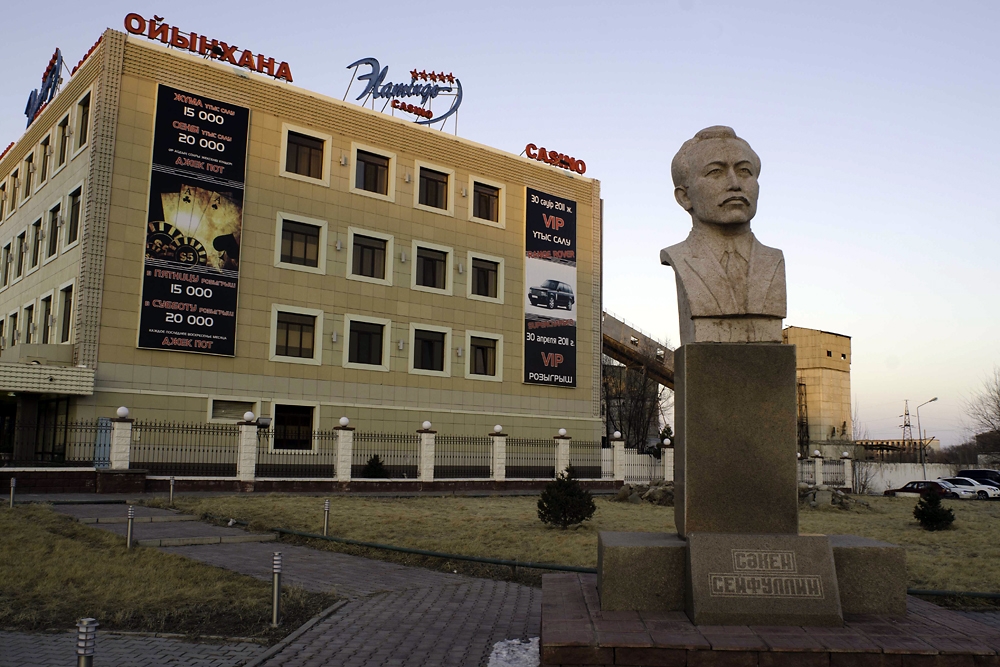 A bust of Saken Seyfullin - a Kazakh poet, writer, and national activist - stands outside the Flamingo casino. 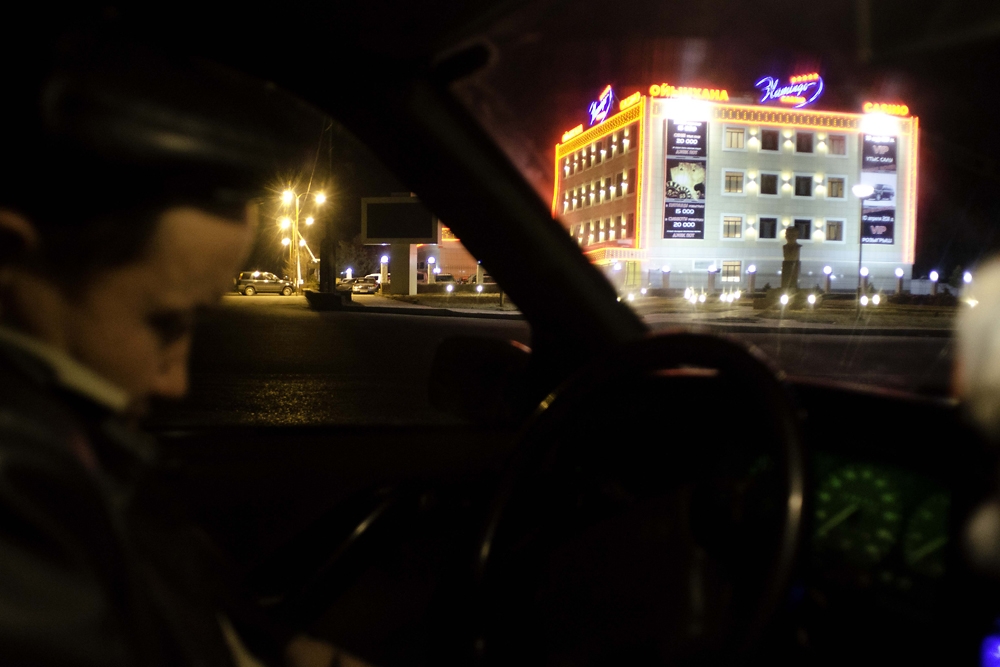 A taxi driver waits for a fare outside one of the 11 existing casinos. 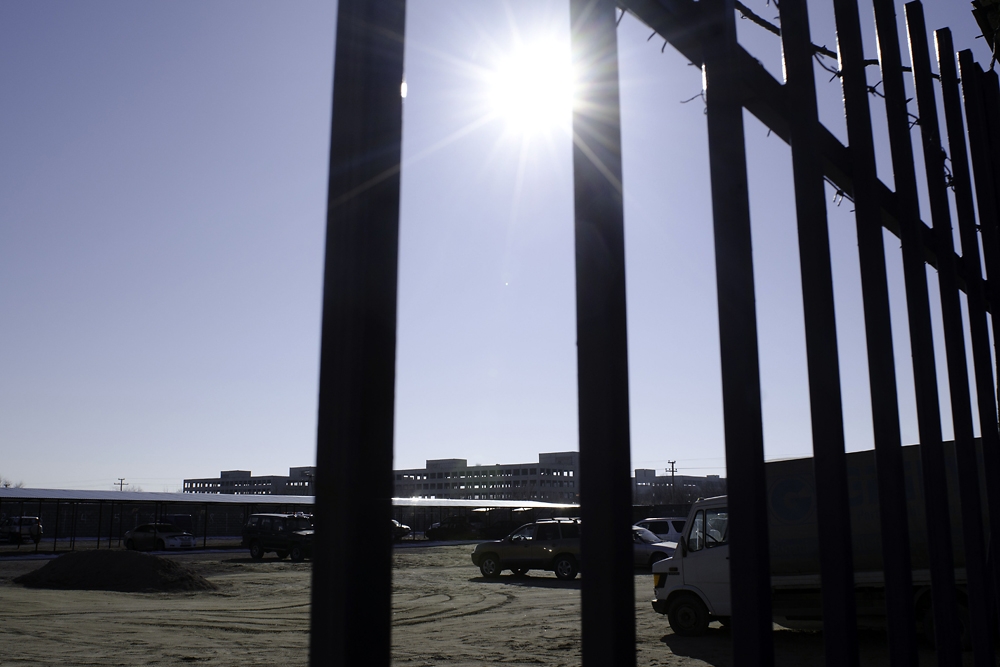 Behind a iron fence and large car park a new casino is under construction.
prev
next

It was supposed to be the Las Vegas of Central Asia, a ritzy gambling city on the shores of a man-made lake that would attract high rollers from as far afield as China.

But four years after Almaty’s once-booming casinos were ordered to relocate 70 kilometers across the steppe to Kapshagay, this rather forlorn town – which quickly acquired the nickname Kaz Vegas – has yet to assume all the trappings of a glitzy gamblers’ paradise.

“If you compare this Kapshagay with Las Vegas, you’ve just never been to Las Vegas,” Oksana Kurganskaya, who once worked in Nevada’s gambling mecca and is now PR manager at Kapshagay’s Sun City casino, told EurasiaNet.org. “It’s just starting.”

Kaz Vegas sits on the shore of the Kapshagay reservoir, an hour’s drive from Almaty up a potholed highway flanked with advertisements beckoning gamblers to try their luck in the casinos.

The site is now home to 11 gambling establishments, their flashy facades incongruous against a backdrop of drab apartment blocks and crumbling Soviet-era industrial facilities. A 12th casino is set to open in May.

The gambling halls started opening in fall 2008, 18 months after they were forced to vacate not just Almaty but all sites in Kazakhstan besides two designated gambling zones: Kapshagay in the south and Shchuchinsk in the north, 200 kilometers from Astana on the shores of Lake Burabay, where five casinos have opened.

The move was the upshot of a law passed in January 2007, which – when it assumed force that April – effectively closed casinos until they took the necessary steps to relocate, including finding premises and completing legal formalities.

Kazakhstan then had 150 casinos, 52 in Almaty alone. Their owners were up in arms, claiming the legislation would damage business, force gambling underground and throw thousands of people out of work. But the government was unrepentant, insisting that corralling gambling into designated areas would help regulate and tax an often-shady business and tackle gambling addiction.

Four years on, the casino business has taken a battering from the new law, one industry source told EurasiaNet.org on condition of anonymity. “Anyone who has established a casino is losing out,” he said, pointing to dwindling numbers of gamblers due to the forced relocation, and a tax hike. Casinos must shell out $8,000 per gambling table per month, up from $2,500 before 2007.

Tax revenues dipped when the casinos moved but have since soared to new heights. In 2006 the treasury reaped around $13 million from gambling, according to Tax Committee figures. In 2007, when the new law took force, takings were $4.8 million, and in 2008 they plummeted to $430,000. Revenue picked up in 2009 to $7.8 million, rising sharply last year to roughly $25 million as more casinos opened.

The industry may have taken a hit from the move, but some gamblers are not deterred. Most casino visitors are regular customers, Kurganskaya said, often visiting several times a week and usually playing for high stakes – maximum payouts reach $200,000 at Sun City.

For the Almaty jet set, going to casinos is a mark of exclusivity in an environment where – unlike in Vegas – casinos are for the few, not the many.

“I think in Las Vegas it’s quite different,” Kurganskaya said, as a handful of gamblers – men in suits and showily dressed women – tried their luck at Sun City’s tables.

“In Las Vegas the clients are quite different. Here people come just to play, and play big money. … In Las Vegas they’re waiting for ordinary people with just $10 or $20 who play blackjack a little bit.”

Visiting a casino would be an intimidating experience for most ordinary people in Kazakhstan: thickset private security guards, some armed, greet strangers – and then there is the matter of finding funds to buy a minimum number of chips to enter, from $300 to $500, depending on the casino.

That is way out of most people’s league. “We don’t go there,” Kapshagay pensioner Zulkhiya Mustafina, told EurasiaNet.org. “We don’t have money. It’s for people with money.”

Like many others here, though, she welcomed the arrival of the gambling industry, which has sparked a mini building boom and brought jobs, breathing new life into a town that had been in the doldrums since its Soviet-era industrial heyday.

Local residents say gambling has not brought with it the crime wave some feared, but not everyone is happy about Kapshagay’s transformation into a gambling town.

“They’ve brought casinos here to make it like Las Vegas,” said Daulet Yesnazaruly, the town mosque deputy imam, voicing objections to gambling on religious grounds. “We pray that all this won’t be here in the future, that the casinos will be closed.”

In Almaty and elsewhere underground gambling dens have sprung up to cater to gamblers’ desires. An Interior Ministry official put their illegal earnings at $1.5 million in the first half of 2010 alone, up from an estimated $930,000 throughout 2009.

While some Almaty casinos went underground, many turned into restaurants and nightclubs. Others moved to Bishkek, the capital of neighboring Kyrgyzstan three hours’ drive from Almaty, where the sight of well-to-do Kazakhs hopping over the border for a night’s gambling is now common.

Visions of Chinese gamblers flocking to Kapshagay, which is 640 kilometers from the border, have not materialized. A shortage of infrastructure to accommodate high-end tourists is one obstacle, and progress on government plans to tackle this (including a scheme announced in 2008 for a purpose-built gambling town called Zhana Ile on Kapshagay reservoir) is glacial.

For the moment, then, Kaz Vegas is in its infancy – but even Las Vegas had to start somewhere.

Joanna Lillis is a freelance writer who specializes in Central Asia. Dean C.K. Cox is the photo editor for EurasiaNet.