Moscow says Astana's failure to expel Vrublevsky is a failure to live up to the spirit of their alliance. 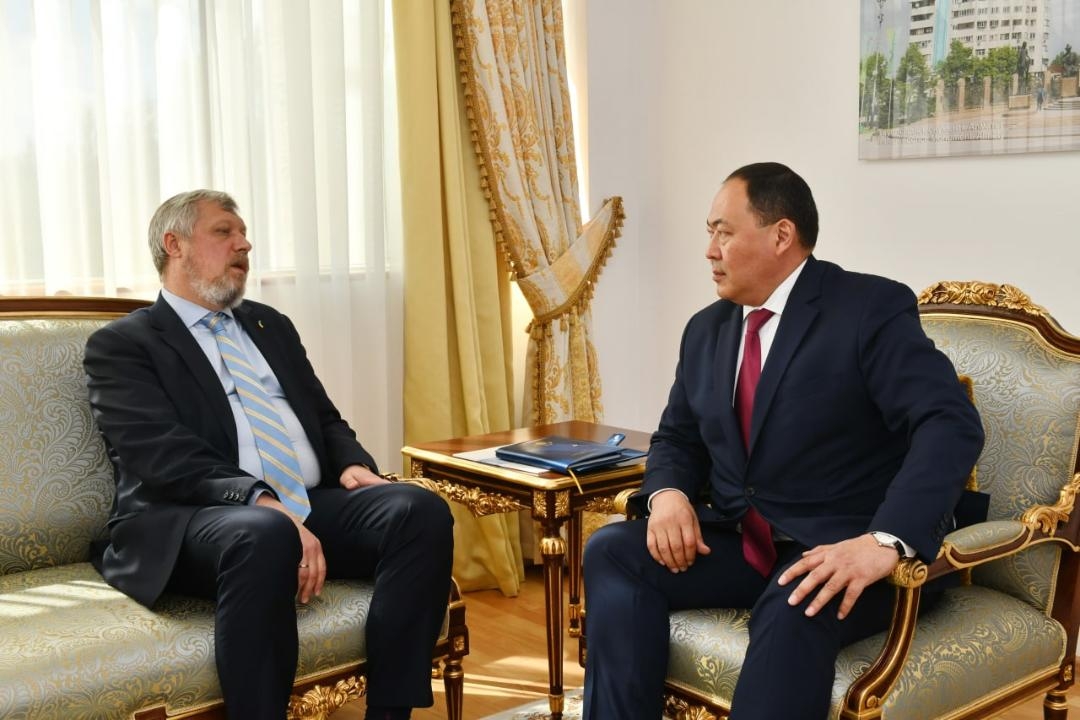 Kazakhstan hit back at Russia on October 5 after its ambassador to Moscow was summoned for a dressing-down over aggressive, anti-Russian remarks made by Ukraine’s envoy to Astana.

The diplomatic impasse has shed light on the awkward fissures created among once steadfast allies as a consequence of the ongoing invasion of Ukraine by Russian forces.

Kazakhstan has strained to remain as ambivalent as possible, refraining from outright criticism of the war, while nevertheless repeatedly reasserting its support for Ukraine’s territorial integrity. Moscow has, in turn, sought to pull Astana off the fence, most notably by invoking fraught interethnic issues.

Ukraine’s ambassador to Kazakhstan, Pyotr Vrublevsky, handed Moscow a prime occasion to kick up a fuss in late August when he gave an interview to a Kazakh videoblogger in which he stated that the intent of Ukrainian forces was to “kill as many Russians as possible.”

Within one day, Vrublevsky was summoned for consultations with Kazakh Deputy Foreign Minister Yermukhambet Konuspayev, who handed the Ukrainian envoy a note of protest over what was described as unacceptable statements “incompatible with the activities of the ambassador of a foreign state.”

The parastatal Assembly of the Peoples of Kazakhstan, a body designed to foster interethnic harmony, likewise condemned Vrublevsky in a statement on August 23.

“In our country, where peace and unity are the leading principles of state policies and social consolidation, such statements are unacceptable, no matter who they come from,” the Assembly said.

This was not enough to prevent the wave of anger from Russia. Some commentators on social media took aim at Kazakhstan, criticizing it for failing to act in the spirit of allyship implied by its membership within the Moscow-led Collective Security Treaty Organization.

President Kassym-Jomart Tokayev triggered a mutual defense provision in CSTO’s charter when political unrest roiled Kazakhstan in early January. Many in Russia have argued that Astana has shown a lack of gratitude for Moscow’s rapid response.

Zakharova went further by implying that the Ukrainian envoy was seeking to stoke interethnic hatred within Kazakhstan itself, although the context of the original interview strongly suggested he was alluding to Russian forces invading his country.

“It is impossible to understand how an ambassador, a person who is called upon to strengthen bilateral relations, is openly engaging in undermining interethnic harmony in his host country, calling for the ethnically motivated murder of citizens,” she said.

Following the passage of a few weeks, Moscow has resolved once more to reawaken the issue.

On October 4, Astana’s ambassador to Russia, Yermek Kosherbayev, was summoned to the Foreign Ministry in Moscow to account for why Vrublevsky had not yet been expelled from Kazakhstan, as they had purportedly been promised.

According to media reports, Vrublevsky departed Astana for Kyiv on September 8, leading many to assume he was poised for imminent replacement. He has since reappeared in Kazakhstan’s capital, to the unmitigated rage of Russian officials.

“It is with the deepest regret that we find that [Kazakh] assurances that this Banderite emissary would never return to Astana have not been fulfilled,” Zakharova, the Russian MFA spokeswoman, said on October 4, deploying a common barb used by Kremlin talking heads against Ukrainian officials. “Kosherbayev … has been informed that this situation is categorically unacceptable.”

Aibek Smadiyarov, a spokesman for Kazakhstan’s Foreign Ministry, took exception to the tone of Zakharova’s remarks, which he said failed to “comply with the character of allied relations between Russia and Kazakhstan as equal strategic partners.”

The evident hope is now that the problem will fix itself of its own accord.

Smadiyarov said that the Kazakh government has received a formal request from Kyiv for the appointment of a substitute Ukrainian ambassador in Astana.

“I would like to note that we have a full and mutual understanding with the Ukrainian government on this matter,” he told reporters.