The number of overall confirmed cases has risen to 42,500. 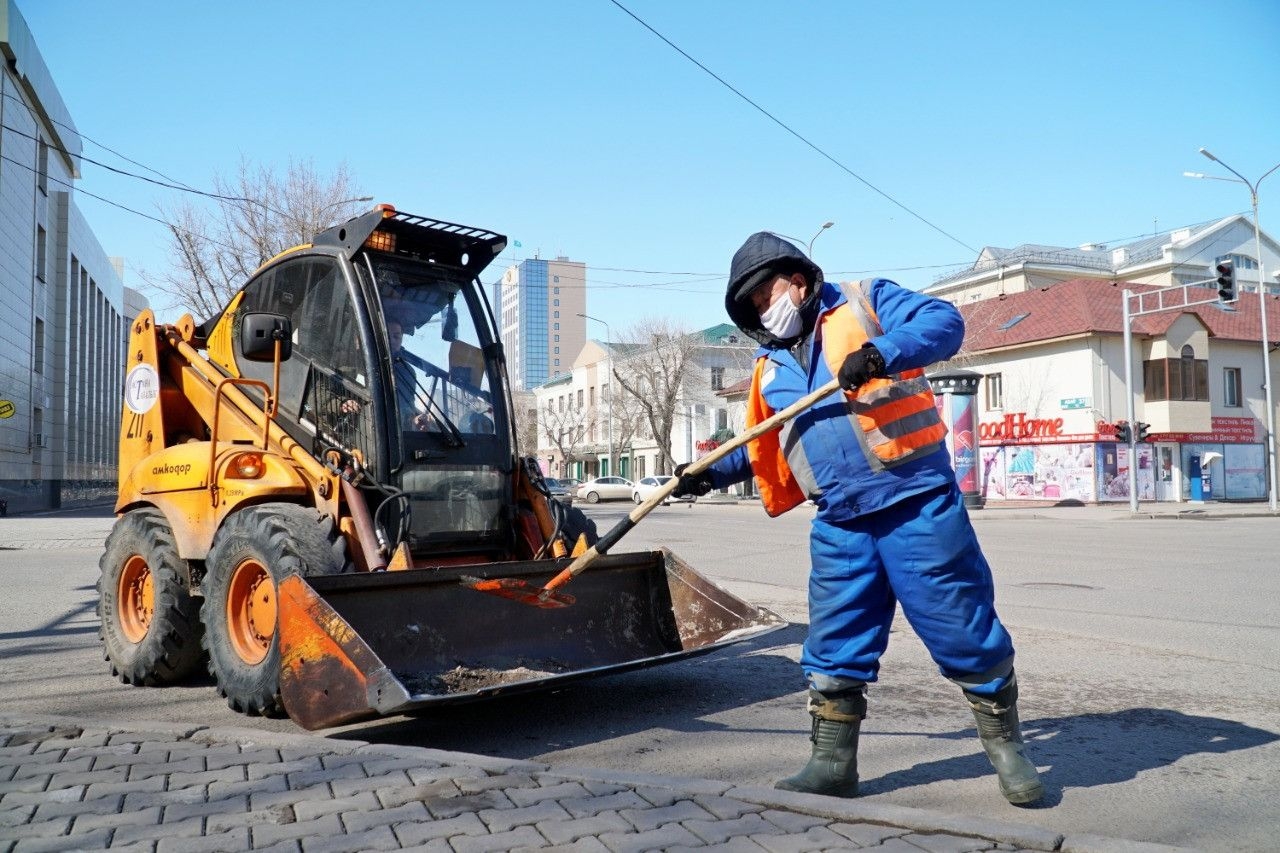 Heavy lifting: Many types of work will be suspended during the lockdown. (Photo: Government handout)

Kazakhstan has reinstituted a lockdown regime, to last two weeks, in response to a sharp uptick in the number of confirmed coronavirus cases.

The Prime Minister’s office said on July 2 that the restrictions on movement, which will come into effect over the weekend, could be extended and made harsher if the epidemiological situation worsens.

There will be many, however, who will be unimpressed by a planned lockdown that appears weaker than the one imposed between March and May, when most businesses were closed and people were allowed out of their homes only to shop at their nearest store.

This time around, while bus services between regions have been suspended and public transportation inside cities has been limited, international and domestic flights are being allowed to operate. There are restrictions on which trains can run, although it is not yet clear which routes will be affected.

Mass gatherings, including family events, will be prohibited. People may circulate on the streets in groups no greater than three. People over 65 years of age cannot leave home. Fitness exercises on the street are permitted, though.

Beauty salons, sports facilities, swimming pools, covered markets, beaches, cultural facilities, entertainment centers, kindergartens and places of prayer will close their doors. Shopping centers will continue to operate, but entertainment facilities within them, like bowling alleys and cinemas, will not.

At least 80 percent of office workers will be required to work remotely.

The soft-pedaled lockdown has already drawn criticism. Vyacheslav Abramov, founder of news website Vlast, which has done some of the punchiest coverage of Kazakhstan’s coronavirus outbreak, tweeted to describe the government’s plans as “Quarantine 2.0 light edition.”

Kazakhstan’s first brush with lockdowns arrived in March, when the government declared a state of emergency following the discovery of the country’s first COVID-19 cases. The state of emergency was lifted on May 11, which quickly led to people flocking to offices, cafes and stores, much to the dismay of health officials. Precautionary measures like the wearing of masks and social distancing have been very patchily adopted by the population at large.

Some have even booked foreign holidays. Kazakh tourists were quick to embark on package tours to resort towns like Antalya, in Turkey, when flights resumed. And some of them were even found to be infected with the coronavirus when they reached their destination.

The haste in ending that lockdown was evidently precipitated by extreme unease over a surge of unemployment that the government will struggle to tackle.

But the return to normality has come at a grave cost. On May 11, Kazakhstan had around 5,100 officially confirmed coronavirus cases. The overall number has soared to 42,500 as of July 1. Of that total, around 14,400 have recovered, but the reality is that, in view of the patchy testing regime, there is very little certainty about the true number of infections nationwide.

While coronavirus has been spreading, so has complacency. A survey, done jointly in the first half of June by Russia-based research company Romir and Gallup International, found that 61 percent of respondents in Kazakhstan considered the stated dangers of the coronavirus pandemic to be exaggerated. Kazakhstan was found to be among the leading skeptic nations, alongside Bosnia-Herzegovina, Moldova and Bulgaria.