Kazakhstan: In two minds about cryptocurrencies

The rise and fall of a cryptocurrency-themed burger joint could be a salutary warning against overexuberance. 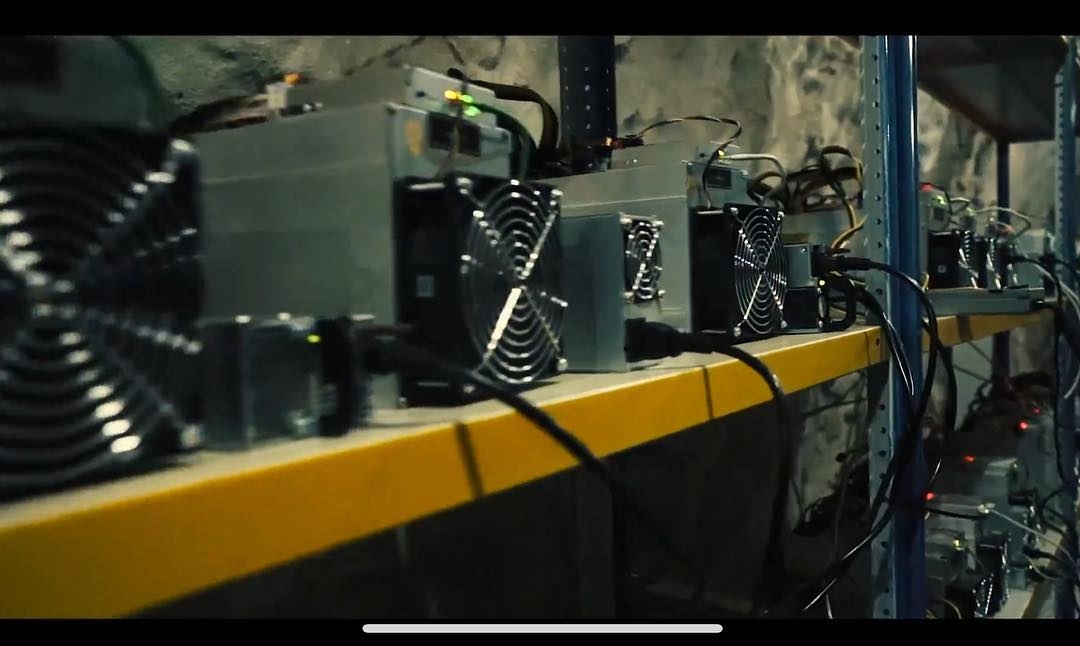 Ice Rock Mining ICO claims to operate in a cave in eastern Kazakhstan, where conditions are ideal for equipment prone to overheat. (Photo: Ice Rock Mining/Facebook)

The cryptocurrency business can be a flash in the pan.

In Kazakhstan, few know that better than Zhomart Mametkarim. Late last year, with Bitcoin surging in value, he opened a cafe in the business capital, Almaty, and branded it a Crypto Hub.

The establishment was intended as a celebration of all things cryptocurrency-related. Items on the menu included bit burgers and a take on beshbarmak, Kazakhstan’s beloved noodle and meat dish, which the cafe recast as bit barmak. Customers could even pay in the virtual currency, although few ever actually did. Mametkarim and his partners regularly hosted talks on cryptocurrencies and their underlying blockchain technology at the cafe.

“People are mostly interested in how to earn money from trading,” Mametkarim told Eurasianet. While the menu was a bit of fun, the real aim of the venue was to “to provide a space for the community interested in such things.”

When Eurasianet met Mametkarim earlier this year, cryptocurrencies were very much on the up. Bitcoin, the most famous cryptocurrency, had just soared in value by 20 percent in less than a week to pass $10,000 for the first time after a precipitous slump from its all-time high of $19,783 in December.

Bitcoin has had a rocky ride since then and is currently worth around $8,000 per unit. Other less prominent digital currencies have had a similarly torrid time. When Eurasianet dropped by Mametkarim’s cafe in June, it had changed hands and been rebranded. Mametkarim said he would hold crypto-related events at his office instead.

The story of the Crypto Hub brand feels like a salutary warning against overexuberance. Kazakhstan is adopting an accordingly cautious stance.

Akishev was tilting at windmills on the trading front, since that is an area of business it is all but impossible to regulate entirely. But it was his remarks on mining that got some people’s hackles up.

Mining, the series of electricity-hungry processes whereby networks of computers verify and record cryptocurrency transactions, is seen by some as a promising sector for Kazakhstan.

“What is mining? Mining is data processing. Mining is calculation. Which of these does he want to ban?” asked Leonid Muravyev, vice president of the Blockchain and Crypto Technology Association of Kazakhstan, a lobby group based in Almaty.

Kazakhstan is in pole position to exploit the global data-mining boom, according to Muravyev, whose association counts one of the largest cloud mining companies in the world, Genesis Mining, among its members.

As mining proponents argue, Kazakhstan produces considerably less electricity than it could. Energy Ministry figures indicate that power output is 20 percent below its potential capacity in winter – and that figure rises in the summer.

That spare capacity is “around half of the power consumed by all Bitcoin operations worldwide,” said Muravyev. Harnessing that potential could turn data-mining into Kazakhstan’s “new oil,” he predicted.

Whether Kazakhstan’s authorities will allow cryptocurrency miners line their pockets while leaching off the nation’s subsidized electricity supply is another matter, however. Other governments have tried to draw the line at such forms of profit-making. Earlier this year, China instructed local authorities to limit allocation of power to data miners as a way of curbing the exploitation of low electricity tariffs. In Georgia, protesting workers this spring claimed that energy-hungry cryptocurrency mining is killing jobs.

If Akishev represents an antagonist for cryptocurrency advocates, his predecessor at the National Bank, Kairat Kelimbetov, who is in charge of the newly opened Astana International Financial Center, or AIFC, is emerging as something of a champion of the technology.

The AIFC, which will operate under English common law rules, is throwing its doors open to investments in cryptocurrency operations, Kelimbetov said earlier this month. Projects involving blockchain and cryptocurrency have political support from the Finance Ministry and will be regulated under as-yet-undeveloped legislation.

“There is no contradiction with the (position of) the National Bank,” he said in quotes picked up by local media on July 5, “since we are working in completely different spheres.”

But even if Kazakhstan is willing and able to supply data-mining services to the global market, fears about local demand for cryptocurrencies abound.

Officials regularly bemoan “low levels of financial literacy” among a population in which many have fallen prey to crude Ponzi schemes.

Because it is a new industry “there is a lot of immaturity, you can compare crypto economy to the Wild West,” said Alexey Sidorov, an entrepreneur with almost two decades of experience in the financial sector.

"But what is to prevent people taking advantage of other people in fiat currencies? There are any number of schemes out there," said Sidorov during an interview at his office, where over 100 people work across two finance-focused companies, ProDengi.kz and Kredit24.

Sidorov’s planned foray into the electronic finance industry is to test cryptocurrencies as a source of startup funding for Lendex, a new peer-to-peer micro-loans outfit targeting underbanked populations in Central and South Asia.

Still in the shadows

The cryptocurrency industry is a magnet for colorful chancers.

One such company is Ice Rock Mining, which claims to operate out of a cave in eastern Kazakhstan and has promised investors annual returns of up to 400 percent producing Bitcoin. The operation is fronted by fresh-faced Kazakh entrepreneurs that argue the cool conditions of the cave are an ideal storage space for equipment that is prone to overheating.

Ice Rock's initial coin offering, a fundraising method typically involving the exchange of tokens for investors' crypto cash, wrapped up in May. With investors demanding first returns, the Northern Ireland-registered outfit is now trying to bat away accusations that they are scammers.

“There are some people who are telling that we are hiding something or something like that. Guys, it is totally crazy shit," one of Ice Rock’s chiefs struck out at the naysayers in an expletive-laden tirade on YouTube last month.

Ice Rock founder Malik Murzashev did not respond to multiple requests for an interview. He also declined to divulge the precise location of the cave.

Muravyev, the blockchain lobbyist, said the horse has already bolted on mining, which he said is already happening on “quite a wide scale” in Kazakhstan. As an example of how data mining can crop up in the most unexpected of places, he cited the case of several IT specialists from the Finance Ministry being caught in February using government computers to mine cryptocurrencies.

But with a clear set of rules, he said, investors will be prepared to pour cash into the sector and take it "out of the shadows.