Food prices have risen 11.3 percent since the start of the year. 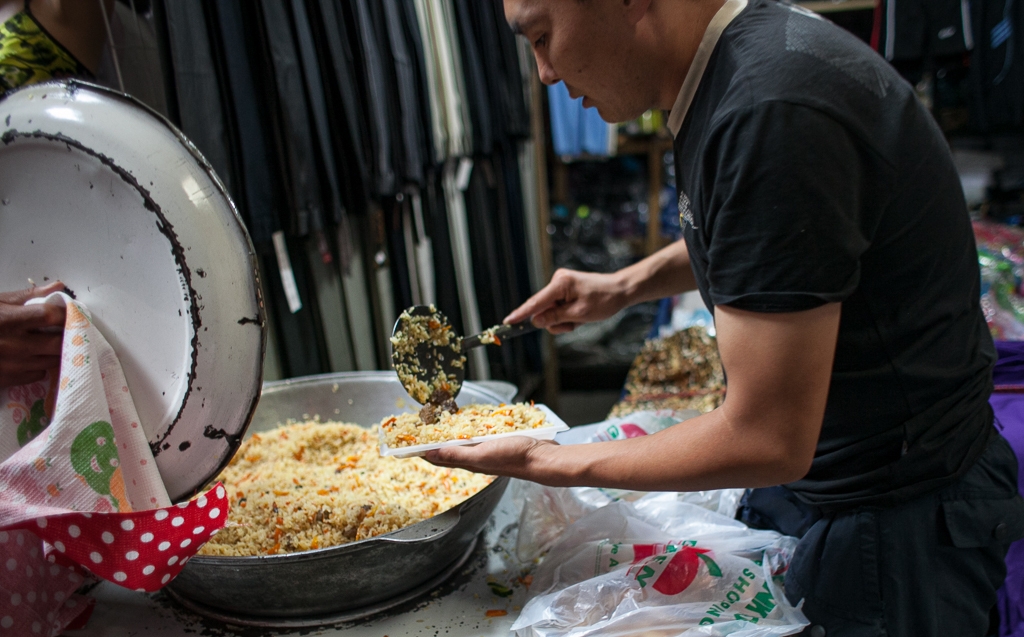 Portions will likely be smaller this year (David Trilling/Eurasianet file)

The rate of food price inflation in Kazakhstan has slowed for the first time in six months, as the country’s financial regulator struggles to protect consumers.

Drought, a tight labor market, rising fuel costs, and a battered currency are all adding to Kazakhstan’s headline inflation rate, which remained at 8.9 percent on an annual basis for a second month in October, the National Bank announced this week: a five-year high. Global inflation is compounding these domestic troubles.

The IMF expects consumer prices to rise 14.1 percent this year in Central Asia and the Caucasus, far above the 5.5 percent it forecasts globally in emerging markets.

In Kazakhstan, food prices have risen 11.3 percent since the start of the year, National Bank Chairman Yerbolat Dossayev told a government meeting on November 10. That is a slight decline from September, when the increase hit 11.5 percent.

EnergyProm, a data-analysis firm, calculates that prices for some staples have risen even more dramatically over the same 10 months: carrots 48.5 percent, onions 30.2 percent, vegetable oil 29.5 percent. The price for eggs and rice have fallen, meanwhile, by 5.1 percent and 8.1 percent, respectively.

Non-food inflation rose to 7.8 percent in October, in part because wages have risen for five months straight as workers increase their demands: “Employees are quitting in search of more comfortable working conditions and higher wages,” Dossayev told the government meeting. Meanwhile, gasoline and diesel prices continue to rise to fulfill a plan to bring costs into alignment across the Eurasian Economic Union.

Yevgeniya Pak of the Applied Economics Research Center, a think tank in Nur-Sultan, says that Russian monetary policy is also pressuring prices in Kazakhstan, in part because of a yawning trade balance in Russia’s favor.

The two country’s currencies fell out of sync at the start of the pandemic, Pak wrote in a briefing this month. With the tenge under pressure in early 2020 during the energy price plunge that accompanied the initial worldwide COVID-19 panic, Kazakhstan sharply raised interest rates to deter speculators. By contrast, Russia lowered rates in the same period, attracting capital and stimulating its economy.

Both have increased rates this year, but Russia did so first, boosting the value of the ruble against the tenge and making imports from Kazakhstan’s largest source of goods more expensive.

In his September state-of-the-nation address, President Kassym-Jomart Tokayev blamed the National Bank and his government for “uncontrolled inflation growth,” and dismissed “excuses” based on “global trends.” Calling for reform in state-owned enterprises, in food distribution, and in banking, Tokayev instructed the National Bank “to return inflation to the 4-6 percent corridor.”

Since then, the Economy Ministry and the National Bank have pointed fingers at each other.

But there will be no quick victories in the battle against rising prices, said Aidarkhan Kussainov, head of Almagest Management and Strategy Consulting in Almaty: “We will inevitably enter a phase of turbulence,” Kussainov told Exclusive.kz.

“The regulator [the National bank] is supposed to sharply tighten its monetary policy and withdraw from all government-related economic support programs. I don’t know the scale of the crisis awaiting us, but now the only thing we should do is to mitigate,” Kussainov said.