Kazakhstan: Inside the ruins of Almaty city hall

Eurasianet gained entry to the charred building on January 14. 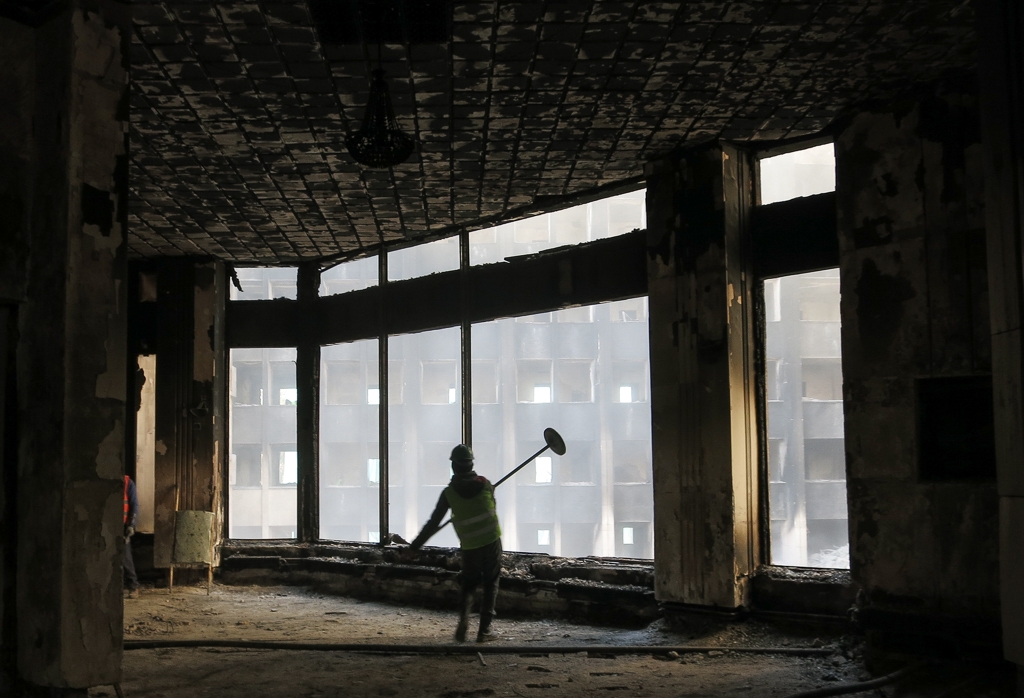 Ten days after violence erupted on the streets of Almaty, the interior of the monumental edifice of city hall, which was at the epicenter of the turmoil, is an assault on the senses. 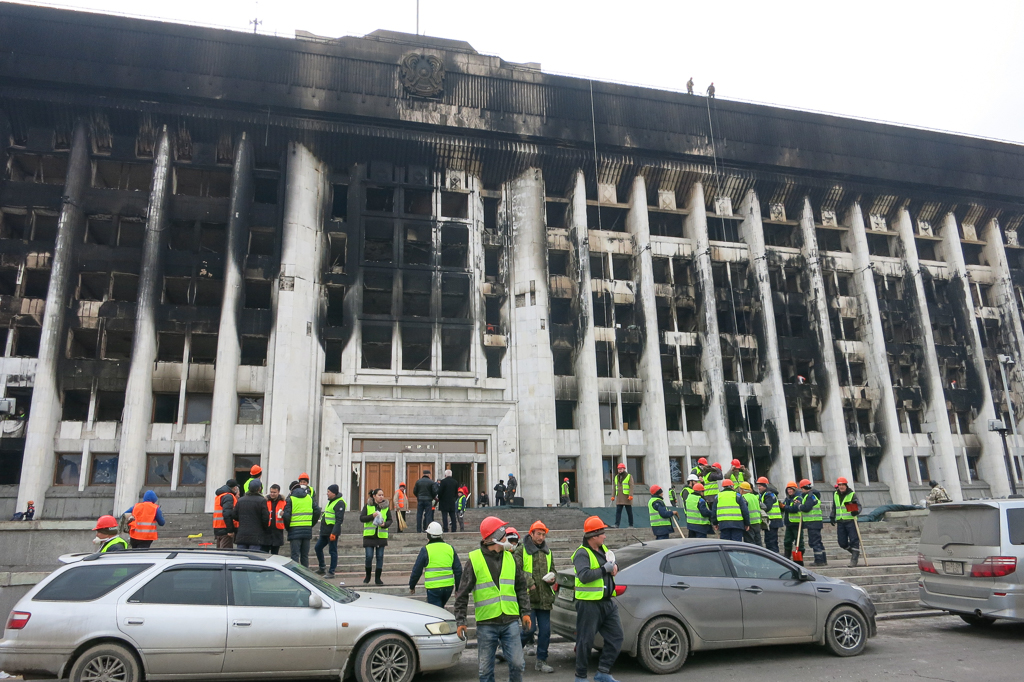 There is the shocking sight of the charred wreck that was, until a violent mob stormed it on January 5, once the seat of power in Kazakhstan’s largest city.

There is the lingering smell of smoke from the fire which gutted the interior.

There is the gritty taste of dust swirling around amid an operation to clean up the building before reconstruction can begin.

There is the tinkling of glass from shattered windows crunching underfoot.

And there is the jagged feel of the debris that lies all over. 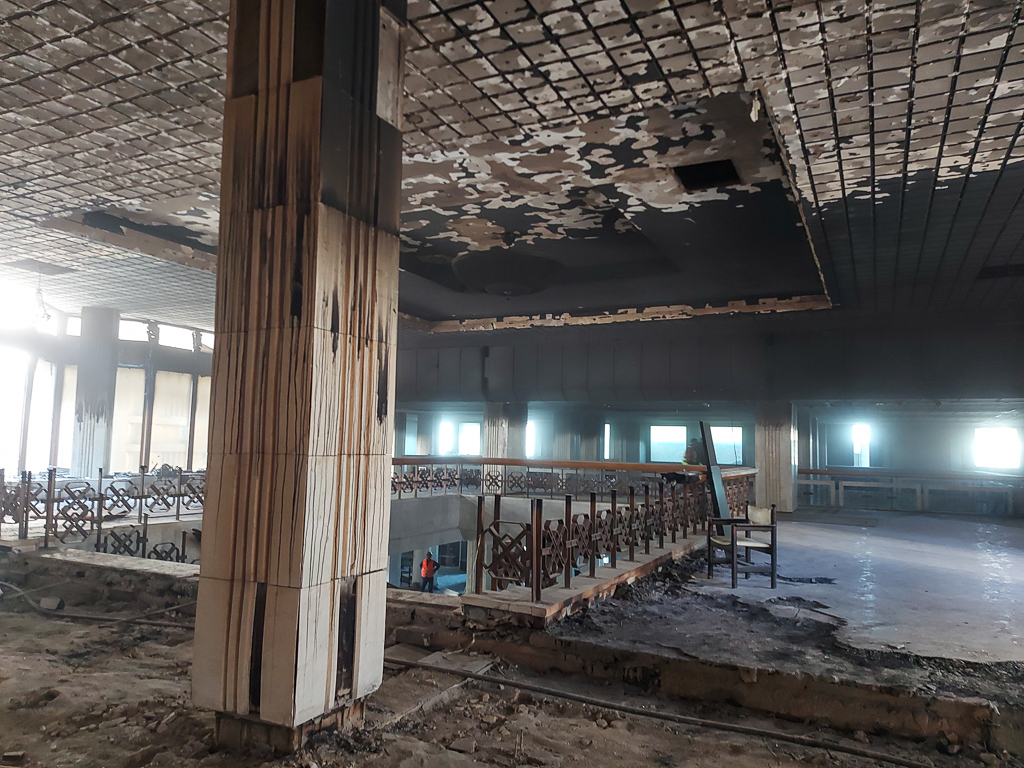 On January 14, Eurasianet reporters gained entry by persuading members of the security forces guarding the building to allow passage through the cordon, then requesting an official from city hall to permit access. 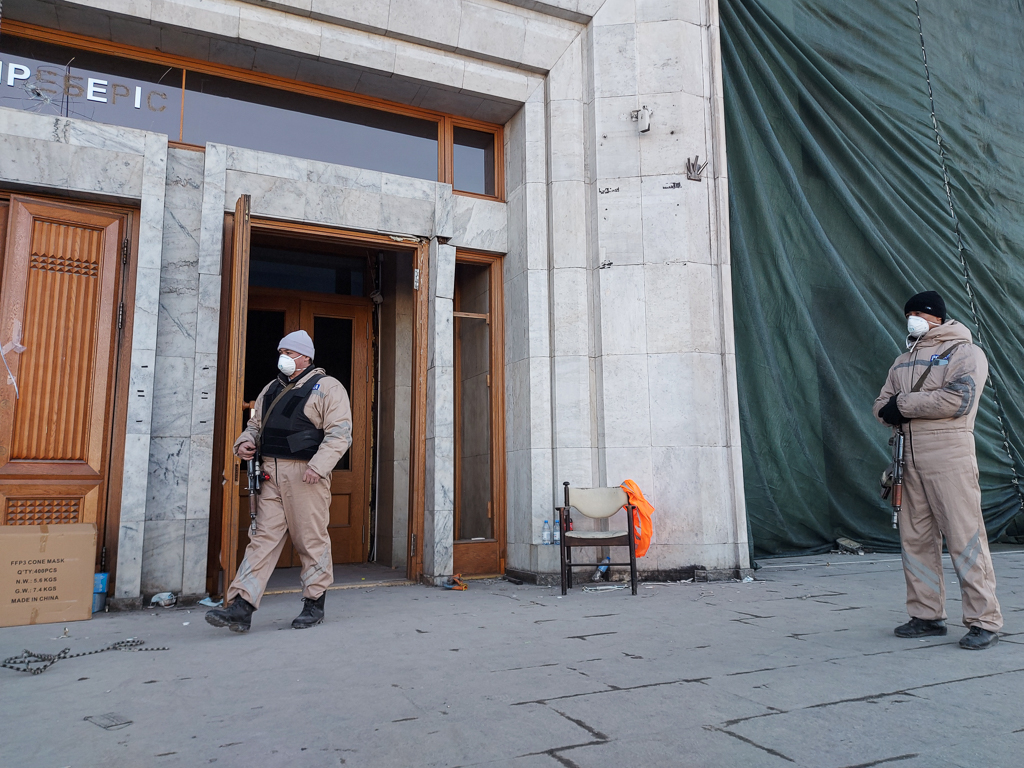 “This used to be my office,” said Asem Sydykova, a representative of the press service, marching through the rubble.

“We have a lovely view over the Ile-Alatau,” she continued wistfully, gesturing at those mountains visible against a bright blue sky through the shattered, netting-covered windows.

So how did she feel to see her former office in ruins?

“Pain, great pain,” she said. “That’s a word that includes everything else – all the grief and affliction and the great injury done to our city.”

But, despite the wreckage surrounding her, she was confident Almaty would return to its former glory.

“Definitely,” she said. “We see a lot of hope and support. That’s the main thing. I think everything will be fine – I don’t think that, I know it.”

Inside, workers gathered debris and hurled it out the windows for collection by bulldozers.

Some were from construction companies hired by city hall for the clean-up operation.

Others were volunteers, who had turned up out of a sense of duty to their city. 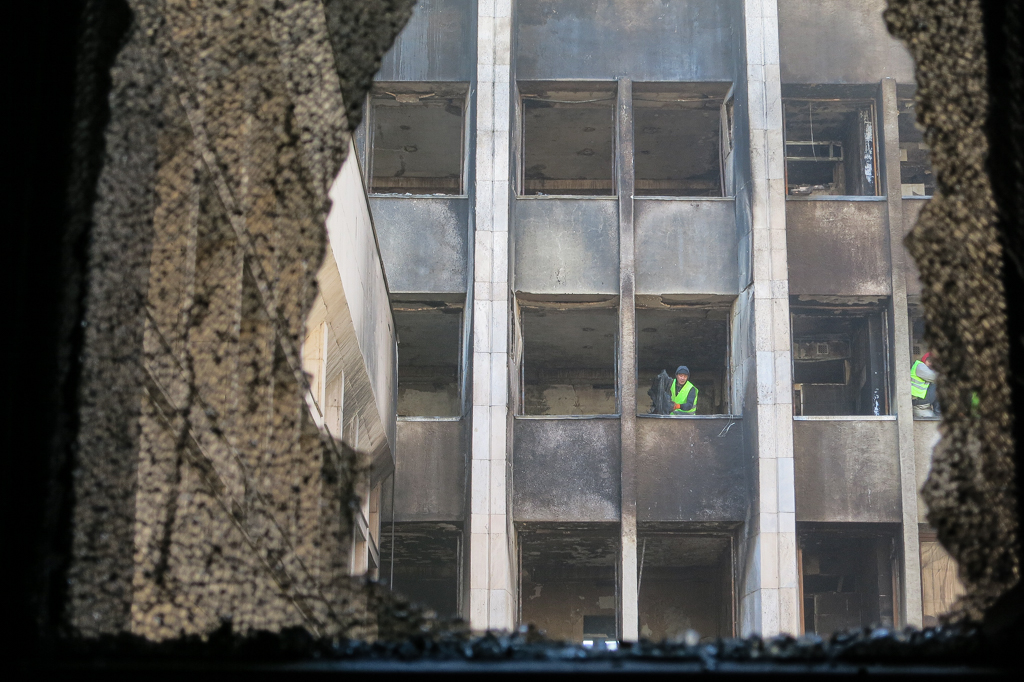 Asked who had perpetrated the violence, he reprised the official line: “Terrorists!”

Opened in 1980 as the headquarters of the Central Committee of Soviet Kazakhstan’s Communist Party, the massive brutalist structure looms large over Almaty from its elevated position overlooking the majestic Ile-Alatau Mountains. 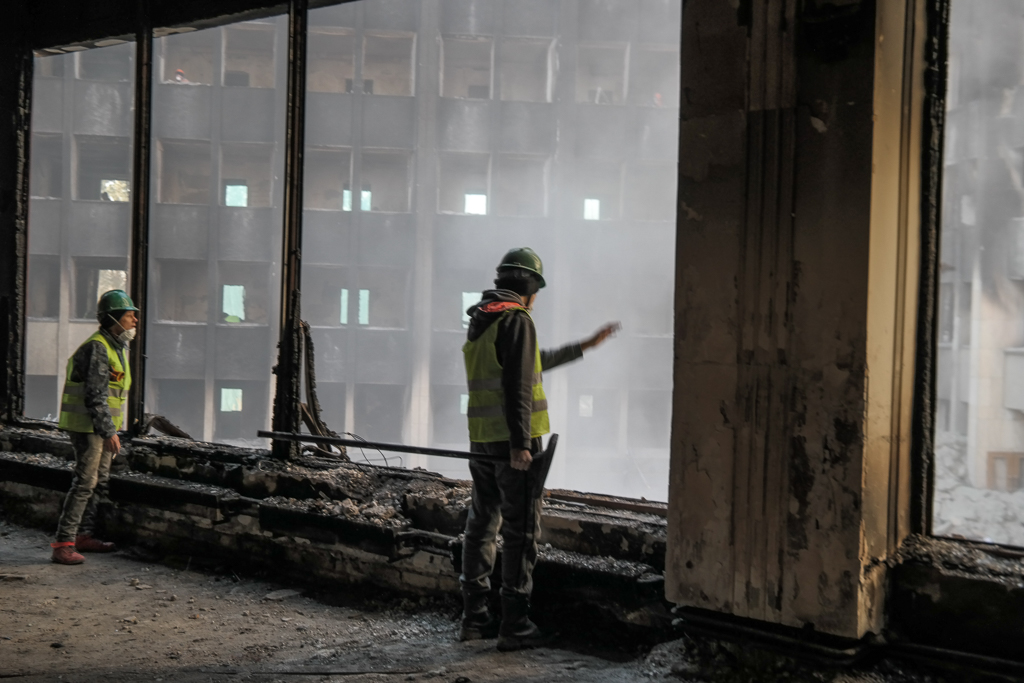 Now, it stands as a living testament to the assault that President Kassym-Jomart Tokayev says was a bid by nefarious forces to topple him and seize power.

Rapid reconstruction of Almaty city hall will be a priority as Tokayev moves to show he has regained control of the country after a few days when his fate, and that of Kazakhstan, hung in the balance. 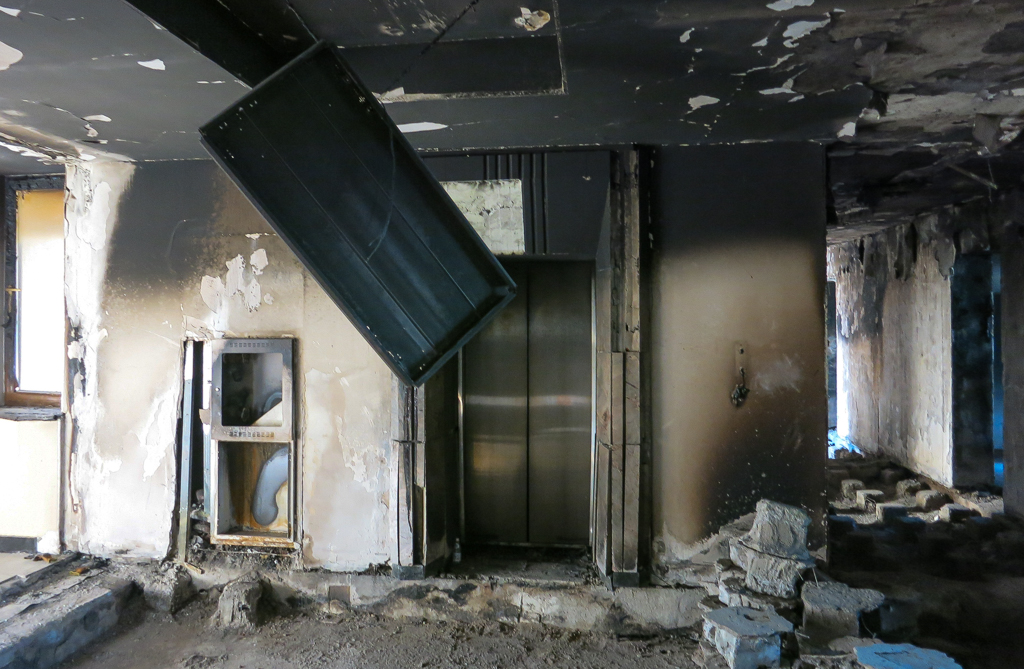 Anarkulov, for one, is bullish about the prospects – for his country, as well as for that symbolic building.