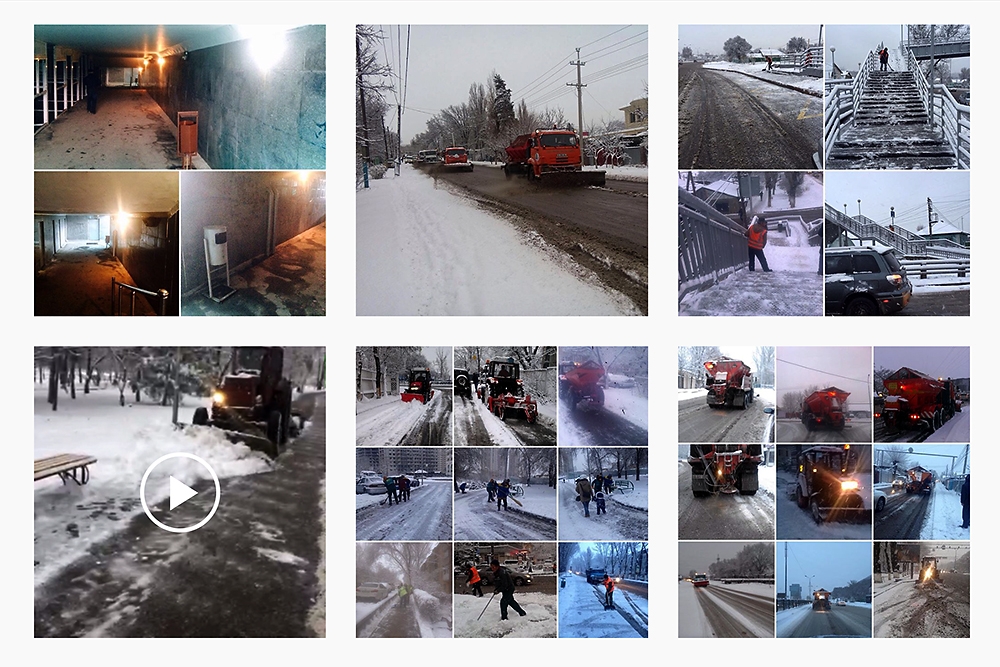 A few days after reports surfaced online of filthy conditions in a hospital in Kazakhstan’s largest city, Almaty, the mayor showed up at the facility demanding answers.

It was an attention-grabbing stunt that hinted at a new type of governance in a country more used to aloof, Soviet-style rule by diktat. And as 2016 approaches, Mayor Baurzhan Baybek is pledging to continue in that interactive spirit.

The idea of the boss of a city like Almaty shaping policy in response to public concerns does not at first glance seem revolutionary. But in Kazakhstan’s political system, where all key decisions are made by long-ruling, 75-year-old President Nursultan Nazarbayev, the implications of top officials consulting transparently with the population cannot be underestimated.

In November, Baybek launched a consultation process to give Almaty’s 1.6 million citizens a say in how their city will develop through the end of the decade. City Hall published its Almaty-2020 blueprint on its website and invited public proposals for possible incorporation — an unprecedented step no other local authority has ever taken in Kazakhstan.

The goal is to gain public confidence and “establish a constructive, civilized dialogue” with the people who live in Almaty, says Sayasat Nurbek, director of city hall’s Internal Policy Department and a member of a dynamic, fresh-faced team that Baybek installed after making a clean sweep of an entrenched old guard.

The mayor “is burning with desire” to transform the way local government is run and has the “political will for change,” Nurbek told a presentation organized by the Kipr analytical group on November 24.

Baybek, formerly a deputy leader of the pro-presidential Nur Otan party, has hit the ground running since his surprise appointment in August, when he replaced Akhmetzhan Yesimov, who remains a trusted Nazarbayev lieutenant, but was unpopular with the Almaty public. A relatively youthful 41 years old, Baybek represents the vanguard of a political generation whose ideas were influenced by the Bolashak scholarship program, under which the state funded studies abroad for the country’s most promising minds.

Baybek took over a city reeling from two setbacks. In July, Almaty lost a strong Winter Olympics bid to Beijing. And in spring, Nazarbayev made the shock announcement that a new international financial center was to be located in Astana, a move that threatens to erode Almaty’s status as Kazakhstan’s commercial capital.

Visits like the one to the hospital — dismissed by critics as a publicity stunt — to sack the chief doctor was something an older-generation apparatchik, such as Yesimov, 64, would have been unlikely to dream up.

“[Baybek’s] mindset is radically different from his predecessor’s,” Almaty-based analyst Viktor Kovtunovskiy told EurasiaNet.org. “Public opinion is important to him.”

Baybek has also brought city hall into the cyber age with an Instagram account that won public plaudits for spurring fast solutions to a wide variety of municipal gripes, including potholes and unlit streets.

Some Instagram postings are self-congratulatory, showing city employees at work. Others are more candid about the problems blighting the city. A recent posting reports the case of a bus driver fired for violating the rules of the road — a commonplace occurrence among the city’s often-erratic public transportation workers.

But not everything has changed.

A sudden decision to ban trams in Almaty in October after a spate of accidents proved less popular. Detractors grumbled that it was made at the stroke of a pen without any of the public consultation espoused by Baybek, whose buzzword is creating a “city of active citizens.”

Baybek’s emphasis on public dialogue is part of a broader government strategy to boost local autonomy and encourage public involvement in decision-making. Astana touts this as a democratization drive, although critics believe that the actual undertakings have been less than overwhelming to date.

Things got off the ground with Kazakhstan’s first-ever mayoral elections in 2013, which Astana trumpeted as a triumph of local democracy. This was a reversal of previous policy under which the bosses of every city, town, village, region and district were appointed. Instead, 92 percent of Kazakhstan’s mayoral seats were determined in a series of votes.

The democratic impact was limited, however, since the votes were not cast by universal suffrage but by local councilors, who were overwhelmingly Nazarbayev loyalists. Mayors and governors of key entities — including the cities of Astana and Almaty, as well as Kazakhstan’s 14 regions, together accounting for around 55 percent of the nationwide population of 17.6 million — remain presidential appointees.

There is no talk of elections for these influential positions.

“Appointing everyone and everything is not just the calling card of the Kazakhstani political system, but also testifies to the authorities’ fear of the people’s free expression of will,” Amirzhan Kosanov, an independent commentator and former member of Kazakhstan’s political opposition, told EurasiaNet.org. The public would like to see these rulers elected, but the authorities “resist this via all means,” Kosanov said.

Astana insists it is serious about boosting local autonomy and involving the public in decision-making on local spending. This year it has boosted local government’s financial autonomy, and starting in January, local authorities will have to set up public councils to hold mayors accountable and discuss public-spending decisions.

Almaty is well-placed to become a model for public dialogue for the rest of the country, Nurbek said.

Some residents are embracing the change of mood with alacrity. On November 10, a group of citizens, including artists, architects and media personalities, organized Urban Forum Almaty, a forum for the type of civic dialogue that Baybek is eager to promote.

The new mayor is a rising political star pursuing an ambitious agenda, but he will have to tread a fine line to hold the support of both the Almaty public and the president, Kovtunovskiy said. Nazarbayev is notoriously prickly if officials become too popular, and “such people quickly have their wings clipped and their careers ruined,” Kovtunovskiy said.

Baybek will also have to navigate the “bureaucratic intrigues and infighting” for which Kazakhstan’s political circles are infamous, said analyst Yuriy Buluktayev of the Kazakhstan Institute of Strategic Studies, a pro-presidential think-tank. “A great deal will depend on whether the new mayor can find a balance between public interests and the material and financial interests of various elite clans,” he told the Central Asia Monitor newspaper.

High hopes are being pinned on Baybek, but he remains untested, Kovtunovskiy pointed out. “Will this be simply an imitation [of civic dialogue], or will there be some real steps? We’ll have to wait and see.”