Nur Otan's sudden urge to seek legitimacy is likely motivated by what has been happening outside the government’s strict control. 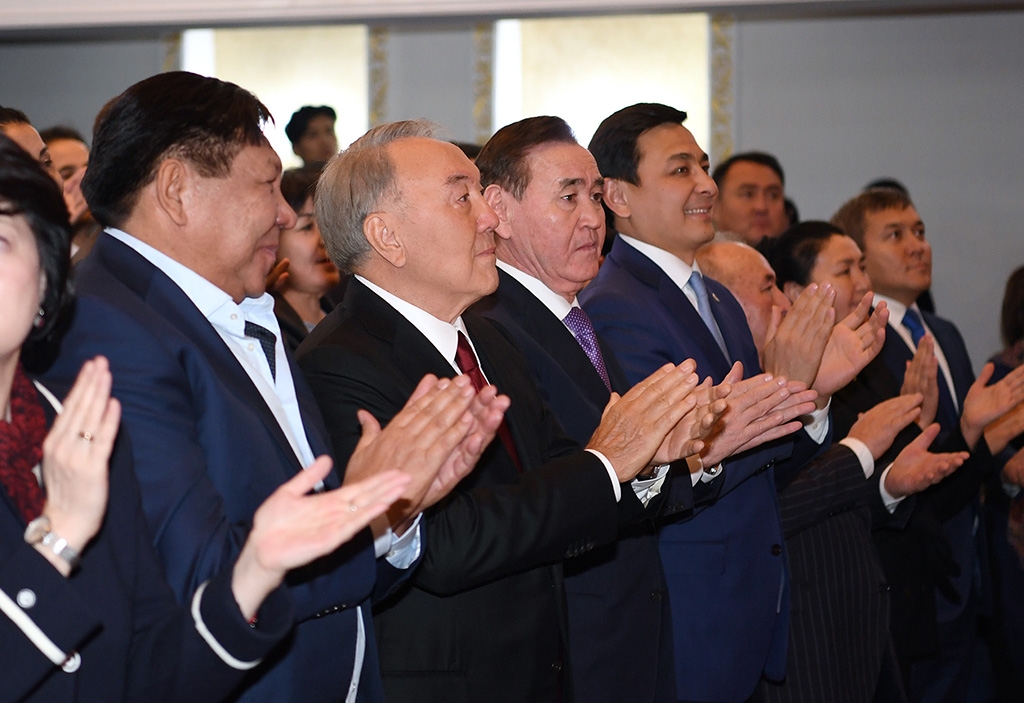 Kazakhstan may not be growing more democratic, but at least people are getting to vote more often.

That, at least, seems to be the idea behind the primaries now being held by the governing Nur Otan party. Critics of the process describe it as theater and a sham.

Votes to select candidates for the 2021 election for the lower house of parliament are an attempt to inject a semblance of popular representation into a government-controlled political system.

Even the head of Nur Otan, former President Nursultan Nazarbayev, appears to acknowledge that the system and the party he created is wanting. Speaking in August, he talked about how the primaries would be a chance to “reset the ruling party.”

By allowing party members to vote for which candidates will represent them, he said, Nur Otan will be able to attract “professionals in their sectors, authoritative leaders, people actively engaged in the fate of the country and who are able to take decisions and make constructive proposals."

At a surface level, Nur Otan’s primary season has brought out something new – a glossy, sales approach not previously associated with Kazakhstan’s political scene. The faces proposing to stand for parliament are notably fresher.

Take the example of chess wizard Zhansaya Abdumalik. At 20, she is about 35 years younger than the current average member of the Majlis, as the lower house is known. Her pitch is specifically aimed at appealing to her own generation and includes points like “supporting young people from low-income families” and “creating conditions for self-fulfillment in order to prevent … brain drain.”

Nur Otan intends to select 60 percent of its candidates in the primary votes, which are scheduled to take place on October 1-3. The remainder will be picked by the party’s political council. Only the party’s 800,000 or so registered members may cast ballots.

The uptake appears to have been formidable. Almost 11,000 people were registered as candidates. These included many singers, sportspeople, businesspeople and social media trendsetters. This fits into a pre-existing tendency for leveraging celebrity glitz in attempts to popularize Nur Otan. Singer and Instagram model Zhanar Dugalova has endorsed the party in the past, although she has never been known to take much interest in politics. World-famous boxing champion Gennadiy Golovkin has done the same, but he doesn’t even live in Kazakhstan, based as he is in the United States.

Debates between contenders standing at rostrums were streamed over the internet. There was one rule, though: Debaters were not allowed to criticize one another.

The proponents of primaries inside Nur Otan describe them as a bold step toward democratization.

"The primaries are a progressive move by Nur Otan. Such intra-party elections have never happened in Kazakhstan’s political history,” Urazgali Selteyev, the deputy director general of the party’s media holding company, said in a June interview to the NeKurultai YouTube channel.

There is some evidence that the authorities cannot quite shake the habit of meddling in the electoral process, however. RFE/RL’s Kazakh service, Radio Azattyk, earlier this month carried interviews with school teachers who said their bosses and local government officials were forcing them to register as Nur Otan members so that they would be able to get involved in the vote.

The twofold implication is that this strategy would have the effect of casting the exercise as a success by creating the illusion of maximum engagement and that officials are working behind the scenes to ensure the “correct” candidates are picked.

Apparently stung by that exposé, Nur Otan deputy chairman Bauyrzhan Baybek, the man charged with the day-to-day running of the party, announced shortly thereafter that membership applications would be frozen until the primaries are completed. He also pledged that the online voting system will, at least, be transparent and open to scrutiny.

Government critics are unimpressed by all this. Dimash Alzhanov, a politics expert and a member of the Oyan, Qazaqstan movement, believes the upcoming parliamentary elections are not going to be any more competitive or fair than any that have come before.

“Through the primaries, they are only creating the semblance of choice and party renewal. This is happening against the backdrop of growing protest sentiments and the public’s fatigue with Nur Otan, the party of the authoritarian regime,” Alzhanov told Eurasianet.

The primaries are not going to be enough to convince the electorate that Nur Otan genuinely deserves to secure another crushing majority in parliament, he said.

Nazarbayev’s party won 84 out of the 107 available seats in the 2016 polls. The only other parties represented in the Majlis are malleable pocket parties – a soft-leftist Communist People’s Party of Kazakhstan and the pro-business Ak Zhol party, which both have seven MPs apiece. A remaining nine seats are occupied by appointees. The fact that the 2012 election produced an almost completely identical result is read as evidence of how closely directed politics are in Kazakhstan.

Nur Otan’s sudden urge to seek legitimacy is likely motivated by what has been happening outside the government’s strict control.

The contentious 2019 election of Nazarbayev’s handpicked successor, Kassym-Jomart Tokayev, appeared momentarily to have kickstarted the non-systemic political scene. Alzhanov’s own Oyan, Qazaqstan came to prominence with its protest rallies against an in-house succession process that struck many as illegitimate for its high-handedness.

Tokayev tried to contain that bubbling anger by instituting a body called the National Council of Public Confidence, a talking shop whose creation he touted as means for the government to engage in dialogue with civil society. This initiative impressed few. Legislation supposedly making it easier to hold protest rallies was also derided for mostly preserving restrictions.

Alzhanov contends that the authorities have, meanwhile, been undertaking concerted efforts to characterize the opposition to the ruling order as weak, marginal and incapable of addressing pressing problems.

Aliya Zholboldina, an activist and auditor in Almaty for a major Western company, said she was among those approached by Nur Otan to take part in the primaries. She refused. This is just another form of political gamesmanship whereby MPs are approved by the ruling elite, Zholboldina said.

"Whatever Nur Otan says, the fact is that for us, independent representatives of a new generation, all paths to power are closed," she said.