Kazakhstan: IT system at China border increases corruption and lines

Some appear to be using bribes to circumvent the technology. 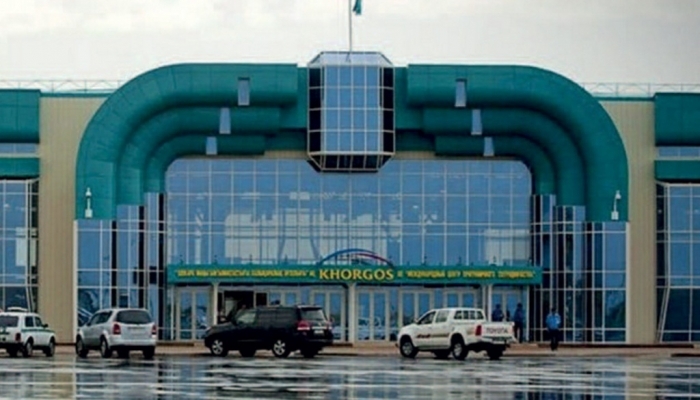 There's some Khorgos in this house: Lines are the norm at this China-Kazakhstan crossing. (Photo: Government website)

An IT system intended to modernize cross-border travel and trade between Kazakhstan and China has, according to lawmakers in Nur-Sultan, only generated corruption and delays.

At times, trucks are forced to stand idle for months before being allowed to get to the other side of Nur Zholy-Khorgos, the largest border checkpoint in Central Asia.

News website 365info on November 16 cited deputies in the Majilis, the lower house of parliament, as saying that problems stem from the opacity of the electronic queueing system.

“The program only shows the number in line of a single vehicle, and it does not reflect data about who is before and after that vehicle. Because of this, a certain mistrust has developed around this “queue,” since some vehicles are, as before, sailing past unimpeded, almost on a weekly basis, while others have been standing for months,” deputies said in a letter addressed to Prime Minister Askar Mamin.

According to the queueing system, there are about 6,000 trucks waiting to pass through on the Kazakh side of the border. Businesses complain that the long wait means they are missing delivery dates, leading to those contracts being annulled.

The upgraded Nur Zholy-Khorgos crossing was opened amid much optimism in September 2018. The Kazakh Finance Ministry at the time stressed that the facility had been built using "advanced technologies and innovative solutions" that would increase the throughput of the post 30 times over, to 2,500 cars daily. The number of people passing through daily was to rise 18-fold to 15,000.

An automatic logistics management system was intended to expedite processing by eliminating the human factor. Officials even boasted of special express corridors for persons with disabilities, mother-and-child rooms, a 250-square meter waiting room, a cafe, a duty-free zone, and VIP lounges.

In practice, however, the new checkpoint has failed to solve old problems.

Local media rang the alarm about the buildup of trucks on the border back in June. The Finance Ministry said at the time that this was due to measures adopted by the Chinese authorities to stem the spread of COVID-19.

But two months later, the anti-corruption service carried out a swathe of arrests of employees at the customs post who they said are suspected of "taking bribes on a systematic basis in exchange for unhindered passage through the state border."

Truckers are now demanding a return to the old “living queue” system – waiting in line, basically. That can mean waiting for long periods of time in one one’s cabin – which drivers are unhappy about because basic toilet facilities and other basic amenities are lacking – but at least they have an idea of how the queue is moving.