Kazakhstan: Knowledge of Kazakh to be made citizenship requirement

The rule change has drawn praise from nationalist circles. 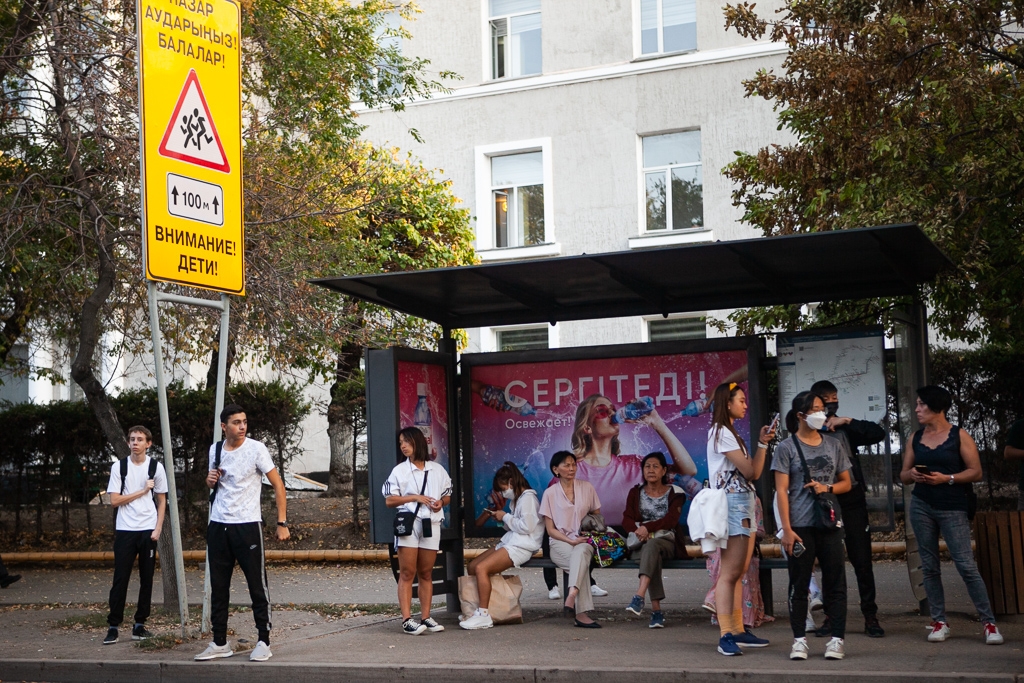 The kids are alright (David Trilling)

Kazakhstan’s government has put forward draft legislation that could require foreign nationals applying for citizenship to show a firm command of Kazakh, as well as have good knowledge of the country’s history and legislation.

Addressing lawmakers in the lower house of parliament on November 8, Prime Minister Alikhan Smailov said that failure to get over any of those hurdles may in future serve as grounds for rejection. Smailov said the bill was also geared toward preventing dual citizenship, which is not permitted in Kazakhstan.

The wording of the proposed legislation does not fully discount, however, that citizenship applicants that do not speak fluent Kazakh or know history inside out may be successful in acquiring the coveted blue passport – it merely serves as a potential pretext for denial.

Under current legislation, citizenship can be obtained by foreigners who have legally lived full-time in the country for a period of at least five years or by those have been married to Kazakh citizens for at least three years. Citizens of former Soviet republics who are closely related to Kazakh citizens are also technically eligible. An expedited procedure is envisioned for ethnic Kazakhs from other countries. Grounds for rejection typically include a criminal record or dual citizenship.

News of the mooted change has been greeted enthusiastically in the nationalistically inclined segment of the Kazakh-language press. The tightened criteria regime is seen as an effective lever for putting the brakes on immigration, a topic that has shot to the top of the agenda in light of the large numbers of Russians fleeing their own country in the wake of the Ukraine invasion.

News website Qazaq Uni (Voice of the Kazakhs) quoted lawmaker Kazybek Isa as saying that the mass arrival of Russians could pose a threat to national security. The new rules will bring local laws in line with what Russia itself has in place, the deputy said.

“In Russia, you must speak the state language, not only to obtain Russian citizenship, but also to obtain the right to employment,” Isa said.

The promotion of the use of Kazakh in everyday life has been a hot topic for years, and especially so in recent months. Despite the country having now entered its fourth decade of independence, Russian is often more strongly favored in larger cities and high-quality content is mostly available in that language too. This has generated festering resentment among many Kazakh speakers, particularly those unable to speak Russian well.

The language question was again the subject of heated online conversation recently, following a faux pas by the Almaty-based founder and co-owner of Chocofamily, a large online services company.

While addressing an adaptation seminar for newly arrived Russians last month, Ramil Mukhoryapov, an ethnic Tatar, ventured a contentious opinion about the properness of speaking Kazakh in public. When Kazakhs who are able to speak in Russian answer back to somebody addressing them in Russian by speaking Kazakh, Mukhoryapov said, it was a sign of ill-breeding.

“It seems to be a little odd, a little bit of a manifestation of nationalism. I get it, but it is hardly an expression of high culture,” he said.

Without alluding to Mukhoryapov directly, President Kassym-Jomart Tokayev seemed to wade into the discussion by offering reassurances that the Kazakh language was being adequately promoted and urging the public not to politicize conversations around language. Around the same time, the government introduced fresh rules to ban discrimination on linguistic grounds in the workplace.

Critics of the citizenship initiative are skeptical that the authorities are quite as preoccupied about the Kazakh language as they claim to be. Writing on his Telegram channel, Daniyar Ashimbayev, a political analyst with typically pro-Russian views, called the draft bill “ill-conceived” and said it could serve to scare away highly qualified specialists of the kind that government says it is trying to tempt into moving to Kazakhstan.

“This is straightforward populist nonsense, not a statesmanlike approach,” Ashimbayev wrote, seemingly alluding to this month’s presidential election, which Tokayev is certain to win with ease.