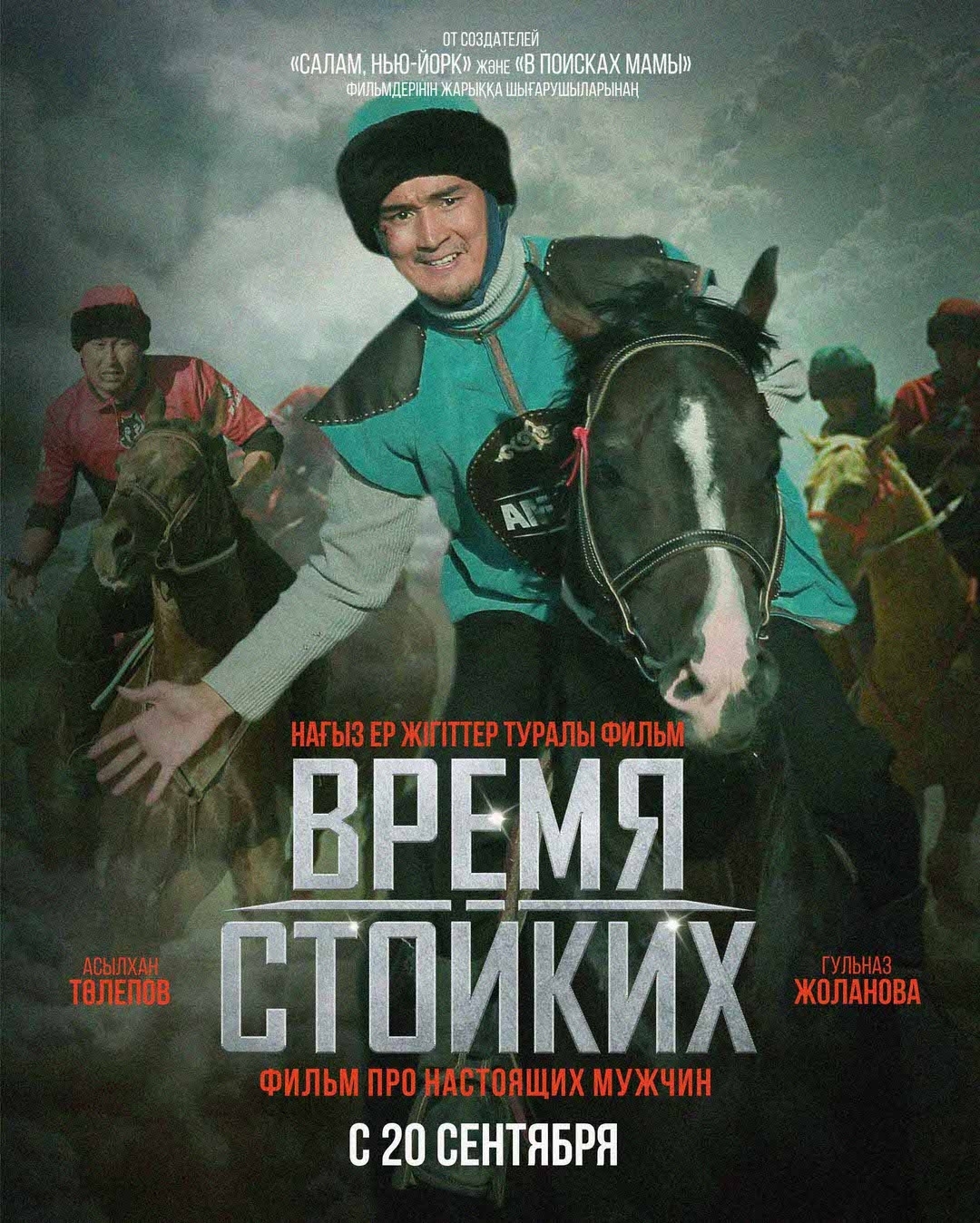 Kokpar, Central Asia’s rough-and-tumble sport played on horseback with a goat carcass, has made it to the big screen, courtesy of Kyrgyz filmmaker Ruslan Akun, whose latest project takes a behind-the-scenes look at this most macho of sports.

Kokpar, a distant cousin of polo known as buzkashi in Afghanistan and Tajikistan, is a fast and furious struggle between two teams of riders to keep hold of the carcass and deposit it into the opposing team’s goal. It combines supreme horse-riding skills with elements of wrestling and the rugby scrum as players tussle over a dead goat.

The film, released on September 20 under the titles “Time of the Stalwarts” in Kazakhstan and “Kok Boru” in Kyrgyzstan (kokpar in Kyrgyz), follows the universal theme of little guys standing up to the big guys, whilst also touching on some contentious social issues such as corruption, bride-kidnapping and land ownership.

Akun is best known for 2013’s Salam, New York! and 2017’s Finding Mother. He recently graduated from film school in the United States and has returned home to Central Asia, where his latest work was filmed on location in both Kazakhstan and Kyrgyzstan. The film takes an up-close look at the brutal action of this sport for “real men” with actual kokpar horses from Kyrgyzstan used in the film.

In the movie, Maksat, a talented kokpar player, is the captain of Zhalin (flame), the national champions, until he falls out with the team owner after refusing to ride an injured horse. Ejected from the team, he returns to his home village to find that Chinese investors want to build an industrial facility against the wishes of the villagers.

To raise money to fight a legal battle against the plans, the villagers decide to form their own kokpar team, Amanat (which translates as something given to someone for safekeeping but also conveys the metaphorical sense of debt or duty) to take part in the national championships.

As the team progresses in the championships, Maksat is forced to make the tough choice between following his heart or following the money to help his sister, a victim of bride-kidnapping, which remains common in the region.

The film’s release comes at a time when this traditional sport is garnering more international coverage, interest that was spiked by Kyrgyzstan’s recent hosting of the third edition of the World Nomad Games. Who knows, maybe this move to the silver screen could help push kokpar further into the mainstream?