Can customs data from either side be trusted? 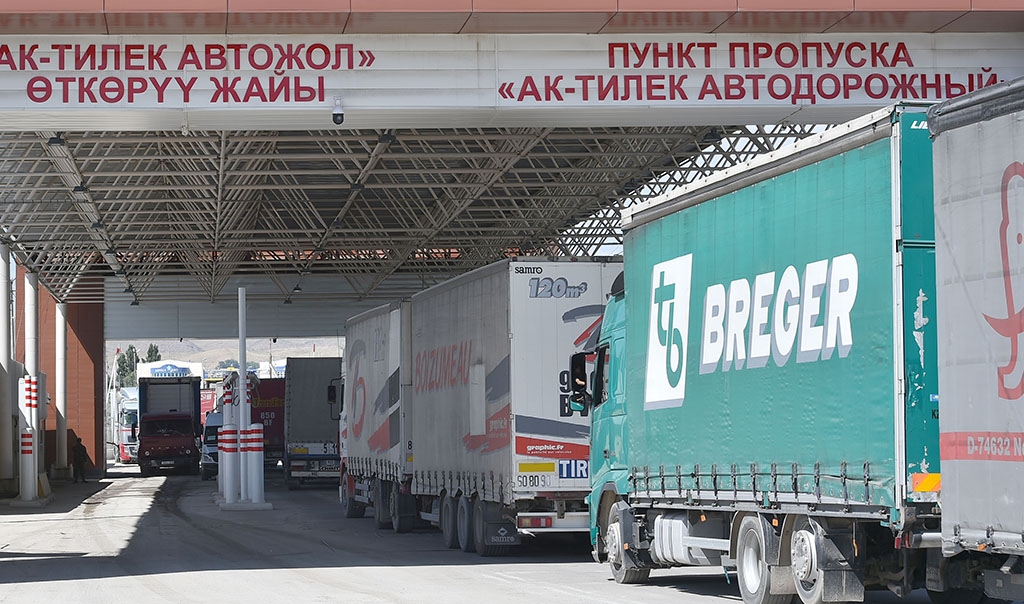 Kazakhstan and Kyrgyzstan are having another argument over cargo crossing their shared border, even though both, as members of a Russia-led free trade bloc, are supposed to enjoy the friction-free movement of goods.

Obstructions on the frontier impede trade flows not only within the Eurasian Economic Union (EAEU), but also for goods heading west out of China.

A fiscal body from Kazakhstan conducting tax inspections on cargos crossing the border in the free trade zone was in breach of Article 25 of the union treaty, Bishkek huffed.

Kazakhstan’s government shot back with a denial that it was doing any such thing.

“On the border with EAEU countries only border and export control is being conducted, which does not contradict the principles and standards of the EAEU treaty, nor national legislation,” Kazakhstan’s Finance Ministry riposted on June 10.

Kyrgyzstan’s government pointed to discrepancies in data supplied by Kazakhstan’s border service and its revenues committee as evidence of bad faith. Some statistics showed it taking five minutes to check one lorryload of goods passing from Kyrgyzstan to Kazakhstan, while other data showed it taking 15-20 minutes, the ministry said.

This discrepancy was evidence “that the data supplied by the Kazakhstani side is incorrect and gives rise to doubts, and is furthermore viewed as falsification, with the aim of discrediting Kyrgyzstani exporters,” it said.

This is not the first time Kazakhstan’s customs service has been accused of cooking the books.

In February, none other than President Kassym-Jomart Tokayev highlighted the huge disparity between statistics from Kazakhstan’s customs service and Chinese customs bodies, running into billions of dollars every year, as he ordered an end to smuggling on the Sino-Kazakh border.

Last year alone, the discrepancy was over $7 billion, which is presumed to have vanished through smuggling on the Kazakh side of the border. Kazakhstan’s official data showed its trade with China stood at $18.1 billion in 2021, while Chinese customs data put it at $25.2 billion.

But Kyrgyzstan is no angel when it comes to customs data reporting, either. An investigation published in February by Kyrgyz news site Kaktus found a discrepancy of $60 billion between statistics presented by Kyrgyz officials and those published by China in the period 2001-2020.

This is just the latest spat between Bishkek and Nur-Sultan over logjams despite their membership – along with Russia, Belarus and Armenia – in the EAEU. Long lines of trucks at the shared border have been a recurring problem since 2017, when Kazakhstan first instituted a bolstered inspection regime for heavy-duty vehicles.

Embarrassingly, in May Kazakh media reported long queues of both individuals and lorries carrying cargo at the main checkpoint between the two countries during a visit by Tokayev to Bishkek to meet his Kyrgyz counterpart Sadyr Japarov.

That came two weeks after boasts from Kazakhstan’s government about how the reconstruction of that crossing, completed in 2021, had more than doubled the flow of trucks and quadrupled its capacity for individuals to cross.