Kazakh officials know they cannot be seen siding with a Chinese company. 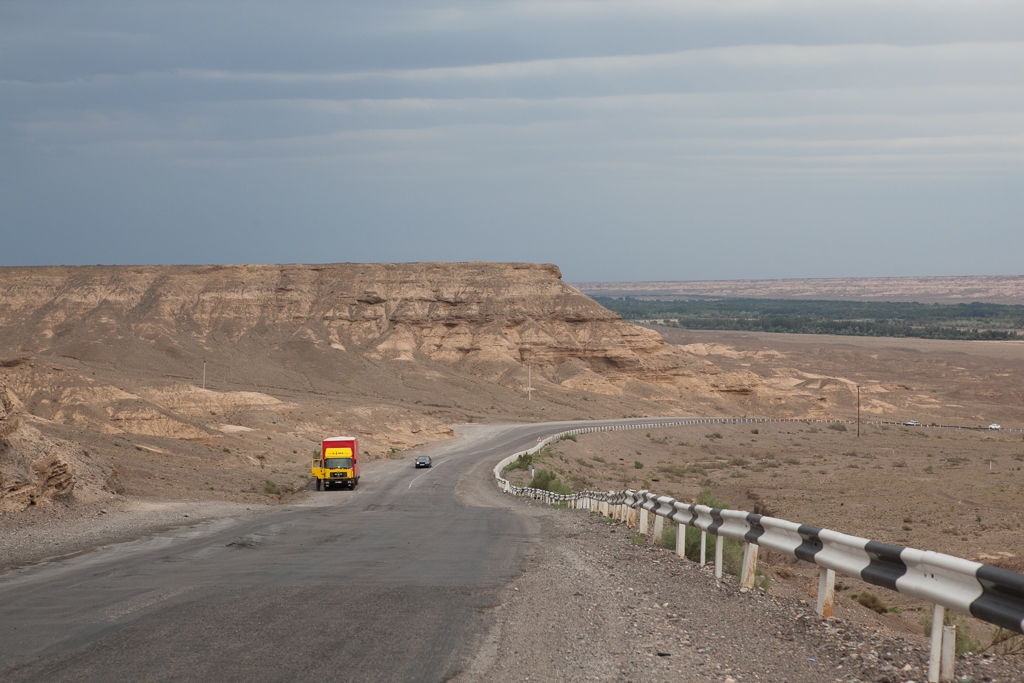 They were dissatisfied with salaries paid out by the Chinese subcontractor: between $130 and $260 per month for 10-hour workdays, they said.

They also accused the company, a subsidiary of China Xinxing Construction & Development Co., of failing to provide them with appropriate work clothes.

The company has so far refused to meet their demands.

In an April 12 interview with the Atameken business channel, the Chinese chief engineer for the project said that the company could not raise wages as the costs of materials had soared in recent years, turning the project into a loss-maker. He added that he expected the problem related to clothing to be solved in the coming days.

Atameken’s report on the standoff indicated that local authorities had sided with the workers and that a failure to improve working conditions could see labor inspectors get involved.

Worker unrest has been rippling across Kazakhstan in recent months, the latest cause for Chinese investors to reconsider ventures in the country.

The coronavirus choked cross-border trade and slowed or scuppered several pre-agreed projects. January brought the biggest and bloodiest bout of political instability in Kazakhstan’s modern history. Popular opposition to Chinese investments has fomented several political protests since 2016, and bubbled under the surface of many others.

The road through Kyzylorda is part of the $9 billion Nurly Zhol infrastructure program that Kazakhstan rolled out in 2014 and which was supposed to dovetail with Chinese President Xi Jinping’s trillion-dollar Belt and Road Initiative (BRI), unveiled in the Kazakh capital the year before.

Vast Kazakhstan’s road and rail networks needed to be upgraded and expanded anyhow.

But the promise of potentially billions of dollars in Chinese industrial investments after the two countries agreed to formally align their visions offered a clear incentive for Nur-Sultan to ramp up connectivity.

In 2016, the two countries struck deals for over 50 joint projects, as Kazakhstan promoted itself as the “buckle” in the BRI.

Only a few have come to fruition.

A Eurasianet review of ongoing investment projects listed on the websites of Kazakhstan’s 14 provincial administrations found that only 24 out of 542 projects at various stages of completion involved Chinese investors.

This month LSM cited the Aktobe regional administration, in Kazakhstan’s oil-rich west, as saying that a Chinese firm had backed out of a $35 million project to produce carbon black, a sooty crude oil derivative used in a number of industrial settings, including tire manufacturing.

In 2020, LSM reported that Chinese firms had withdrawn from a $1.4 billion fertilizer production project in the same region, a tungsten development project worth nearly $1 billion in the central Karaganda region, and a deal to build a silicon plant worth $115 million in the northern region of Pavlodar.

One project delayed by the coronavirus but apparently still on the table is a float glass factory in Kyzylorda, which is expected to enter full production soon. Yet the factory has not been without scandal. Former economy minister Kuandyk Bishimbayev was convicted of embezzling more than $3 million from the project, which is being overseen by China Triumph International, a subsidiary of China National Building Material.

These are the kind of costs China has been prepared to live with in its Central Asia ventures. Indeed, it has often been perceived by local populations as facilitating precisely this sort of graft.

But the political turbulence that left more than 200 people dead in January, and appeared to hasten the exit from politics of Kazakhstan’s founding leader Nursultan Nazarbayev, may be a bigger consideration for Beijing, according to Central Asia-China-watcher Raffaello Pantucci.

While Kazakhstan’s regime is still as keen as ever for Chinese investment, the socioeconomic fragility that helped spark the nationwide protests may force the government to be more responsive to local concerns going forward, Pantucci wrote recently for the Straits Times.

“All of which is likely to mean China is going to find that Kazakhstan is not the entirely secure and predictable neighbor that it was,” he concluded.