Many of the people backing the move were once among the former leader's most ardent champions. 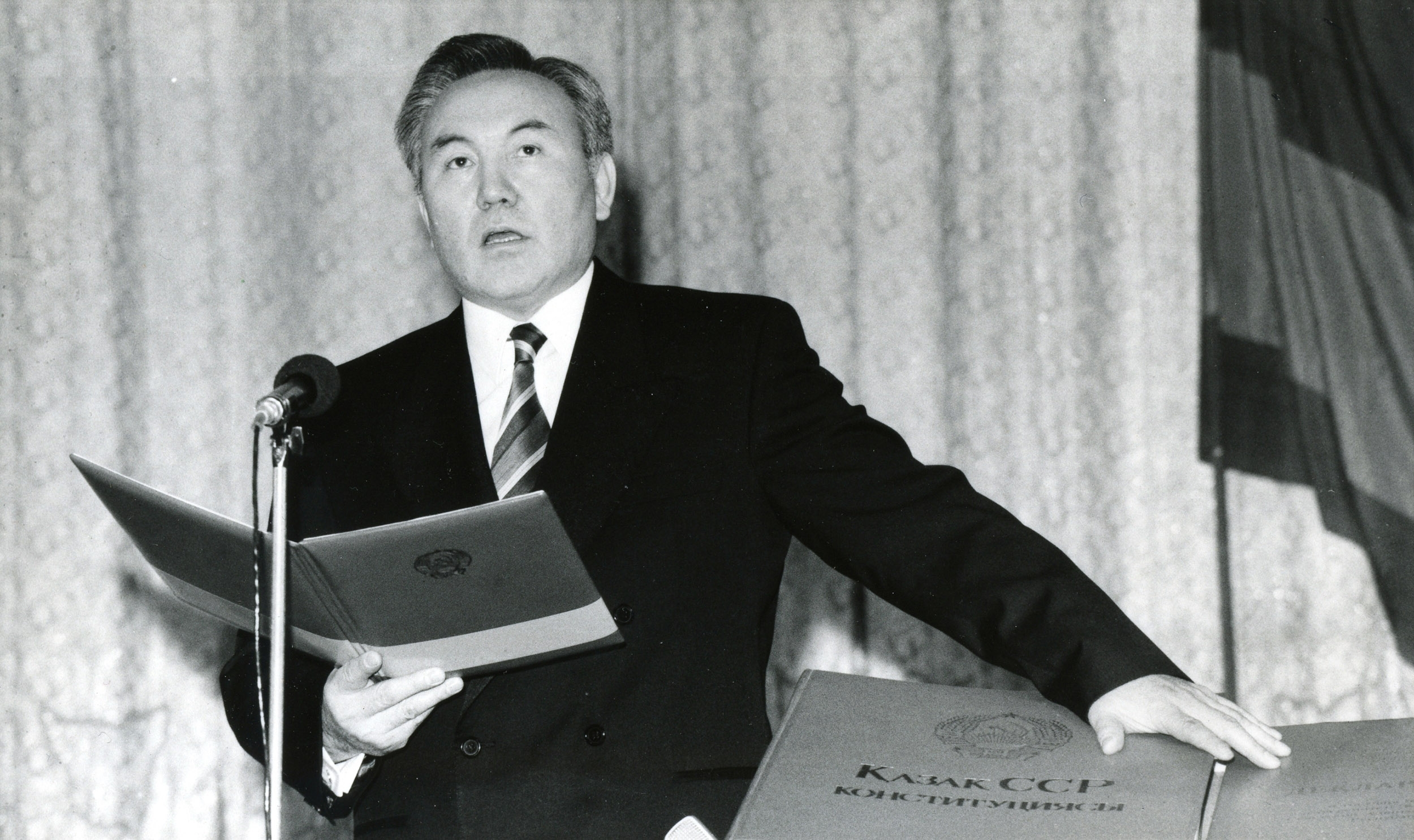 Nazarbayev seen in the dying days of the Soviet Union. (Photo: Elbasy.kz)

Kazakhstan’s Day of the First President is no more.

The holiday, celebrated every December 1, was created in 2011 to memorialize the first time that former President Nursultan Nazarbayev was elected to office, back in 1991, when he won 99 percent of the vote.

The creation of the holiday was all part of an elaborate cult of personality built around Nazarbayev, whom the state propaganda machine strained to depict as a latter-day Kemal Ataturk or George Washington.

Since bloody protests broke out in January, however, the star of the former leader, who stepped down in 2019 but subsequently retained significant behind-the-scenes power, has waned.

In a new confirmation of that trend, lawmakers in the lower house of parliament voted on September 7 to scrap the Day of the First President. Senators have to have their say too, but that is a formality. December 1 will now be just a normal working day.

At the same time, lawmakers are pushing forward with plans to revive Republic Day, which was marked every October 25 until it was abolished in 2009. Although the day will in effect duplicate Independence Day, which is marked on December 16, President Kassym-Jomart Tokayev, who is behind the idea, said the latter holiday could be retained as a day of remembrance for “national heroes who made a significant contribution to independence." Tokayev was referring specifically to the young protesters killed in anti-Soviet protests in the city of Almaty in 1986.

The scrapping of the Nazarbayev-themed holiday illustrates among other things just how fickle and malleable the current complement of lawmakers can be. No small number of those who voted to get rid of Day of the First President would have been among the former leader’s most ardent cheerleaders before January.

Tokayev, who is now championing the change of direction, is no exception. Shortly after being anointed the handpicked successor to Nazarbayev in spring 2019, he personally suggested renaming the capital from Astana to Nur-Sultan in honor of his mentor. The proposal was met with much indignation but went through, nevertheless.

An initiative group of lawmakers known as Zhana Kazakhstan (New Kazakhstan), which was formed in February to support Tokayev’s sudden zeal for reforms, last week proposed reverting back to Astana.

“We consider it wrong when a city is named after somebody while he is still alive,” a representative of the group, Yedil Zhanbyrshin, said on September 2. “Besides, the public did not accept the new name of the capital. And so, it would only be historically fair to restore the former name, Astana.”

In another indication that Tokayev aspires to set some distance between himself and his predecessor, he announced earlier this month that snap presidential elections will be held in the fall. The vote is meant to underline that he is his own man and no longer reliant on Nazarbayev’s patronage.

Speaking in a televised address to the public on September 1, he also proposed that presidential terms would be extended from five years to seven years, but that holders of the office will only be permitted to serve for a single term. He described the suggested term change as an initiative that would “reduce the risks of monopolization of power.”

“Take off your rose-tinted glasses,” demanded Sergei Duvanov, a human rights activist, in an interview with Eurasianet. “Tokayev and his officials will not carry out real liberal reforms, since they themselves participated in the creation of the current authoritarian system. So despite the new slogans, we will continue to live in the old Kazakhstan of Nazarbayev.”