Police assisted on this occasion, although they are not always so helpful. 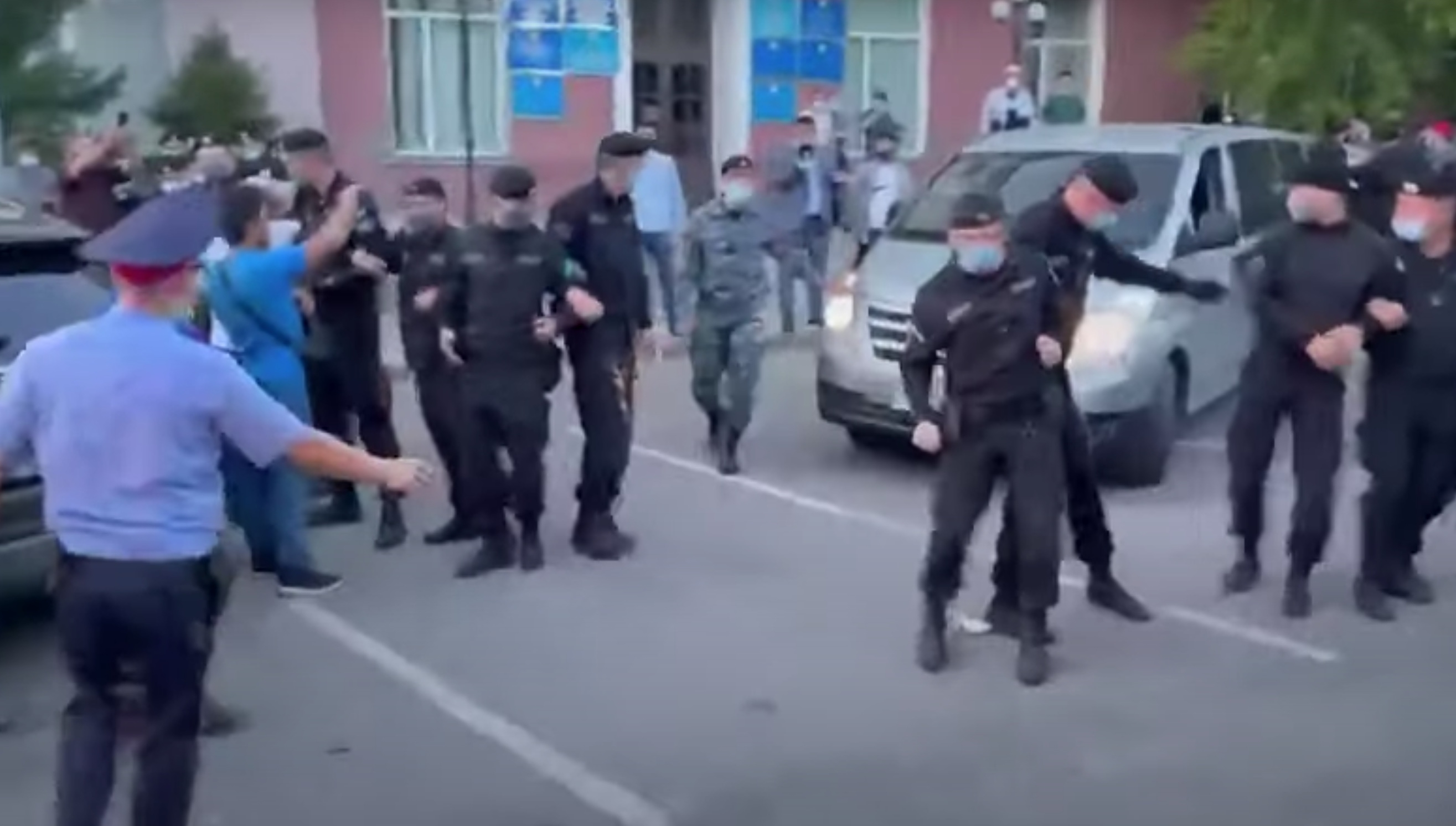 A training seminar held this week by feminists and LGBT activists in a mining city in central Kazakhstan might have ended in violence but for the intervention of police.

A group of activist trainers traveled to Karaganda on July 28 for a day of talks billed as focusing on “the rights of women, as well as lesbian, bisexual, transgender and queer people.” But as the event was due to get underway at a local business center, a group of furious locals gathered to demand its cancelation, the Interior Ministry said in a statement.

The Almaty-based group, Feminita, had struggled to find a venue before their arrival. When the hotel housing the conference room that they had initially booked learned that the talk was due to focus in part on LGBT issues, the reservation was cancelled, Feminita organizer Zhanar Sekerbayeva wrote on Facebook.

The business center hall was a last-minute booking. Even though only around 14 people arrived to participate, many dozens of aggressive men mustered outside, banging the windows, demanding to be allowed in, shouting “Allah hu Akbar” and calling for the activists to leave the city.

Police were called to the scene and later formed a human chain to enable the activists to flee the premises unharmed.

“The activists have now left the Karaganda region,” the police said in their statement.

While the police in this instance provided the activists with some basic safety, they have not always been so helpful.

A similar episode occurred in May, when Feminita activists Sekerbayeva and Gulzada Serzhan tried to hold a training seminar in the southern city of Shymkent on women’s rights. A hotel refused to accept their booking, so they turned instead to a restaurant. When groups of indignant local men turned up to protest, police intervened, but only to detain the activists, who were subjected to an eight-hour interrogation and then forcibly removed to Almaty.

Although same-sex relationships are not illegal in Kazakhstan, LGBT activists regularly complain of harassment and pressure from a public among which adherence to what are described as traditional values is strong. As the head of the Kazakhstan Bureau for Human Rights, Yevgeny Zhovtis, has told news website Vlast, in Kazakhstan “there is a common problem of discrimination and it concerns not only LGBT people, but very many groups.”

The sense of a prevailing mood of discrimination in May prompted a group of ambassadors, including those representing the United States, the United Kingdom, Israel, Spain and Germany, to issue a joint video statement calling for observance of the international day against homophobia, biphobia and transphobia.

“We remain concerned about continued discrimination, harassment and violence faced by the members of the LGBTI community in Kazakhstan. All, including LGBTI people, should be able to play a full and active part in society,” text accompanying the video read.