Anti-Russia sentiment in Kazakhstan has been fueled by the war in Ukraine. 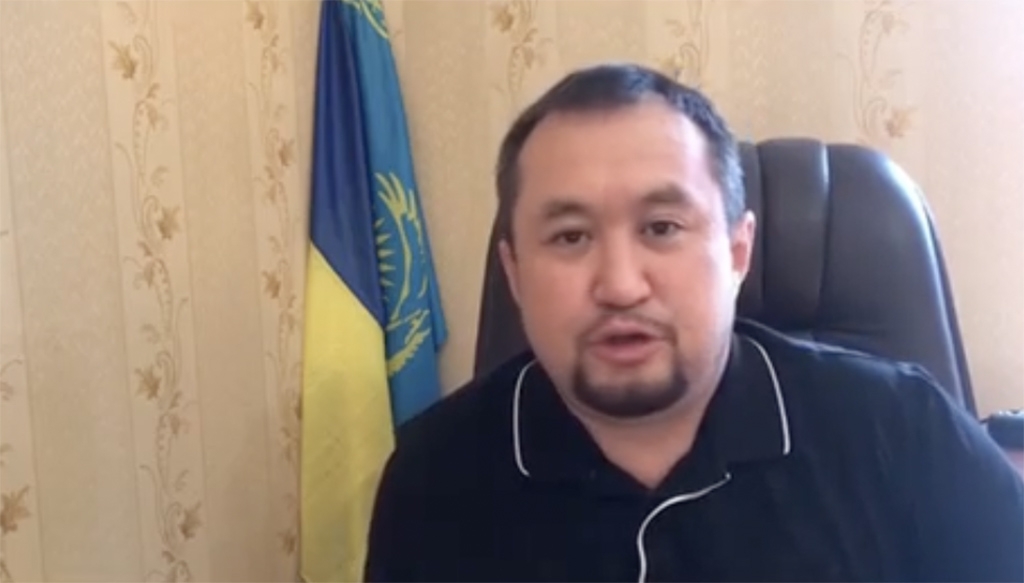 A screengrab from Rafik Dzharylkasimov's video calling for an anti-Putin rally.

Even while Kazakhstan scrambles on the diplomatic front to maintain some distance from its traditional ally Russia, authorities are nervous of allowing people to publicly show excessive contempt for President Vladimir Putin.

Earlier this week, a court in Almaty sentenced local resident Rafik Dzharylkasimov to 15 days in jail for publishing a video exhorting viewers to hold pickets in protest at the arrival of the Russia leader to Astana. Putin traveled to Kazakhstan on October 13 to attend a slew of regional summits.

"Putler get lost!” Dzharylkasimov wrote in a note accompanying the footage he uploaded to Facebook, using a portmanteau term of offense routinely used by Putin’s detractors. “Noxious terrorists should not be allowed into our country.”

Dzharylkasimov delivered his address to camera in front of flags of Kazakhstan and Ukraine. Pro-Kyiv sentiments – and anti-Russian sentiments concomitantly – have become increasingly commonplace in Kazakhstan among politically minded Kazakhs.

While local media, much of which operates under close scrutiny from the state, has refrained from editorializing strongly about the causes of the war, feelings of hostility against Russia’s aggression have been mounting.

Dzharylkasimov was detained on the same day that his video was uploaded, on October 13, and charged with violating the rules for organizing rallies.

Other anti-Putin activists have been more fortunate. On October 12, police detained a group of picketers who went to the Russian consulate in Almaty with posters and a yellow-and-blue funeral wreath, symbolizing the deaths caused by Russia’s war in Ukraine. They were later released without charge. Yet more activists stood by a monument in the city to the Russian poet Alexander Pushkin and held up anti-war slogans.

What is seen on the streets is mild compared to the kinds of things being said online, though. Emotions on social media routinely run high. It is not unusual to see images like the one uploaded earlier this week by Facebook user Arman Shorayev, who posted a picture of Putin touched up to look like Nazi leader Adolf Hitler. A message under the picture read: "We are against Putler's arrival in Kazakhstan."

Arman Shaikenov, an employee with the Kazakh Humanitarian Law University in Astana, was similarly forthright.

“I am a citizen of Kazakhstan, and I do not want Putin to come to my country. I don’t want a war criminal’s foot to touch my land,” he wrote on Facebook.

It is a similar story in neighboring Kyrgyzstan, where politically minded communities can be relied upon to make their distrust of Putin’s government known. On October 7, a group of local activist in the capital, Bishkek, marked the Russian leader’s birthday by mounting a small protest rally outside the Russian Embassy.

One of them, Ondurush Toktonasyrov, brought along a plate of plov and another filled with stones to evoke the spirit of a Kyrgyz proverb that goes "don't hit people with stones, hit them with food.”

That group too was detained and then released after a few hours.