Kazakhstan: Masimov’s downfall, from the corridors of power to a jail cell

Masimov has been arrested on charges of treason only days after being fired. 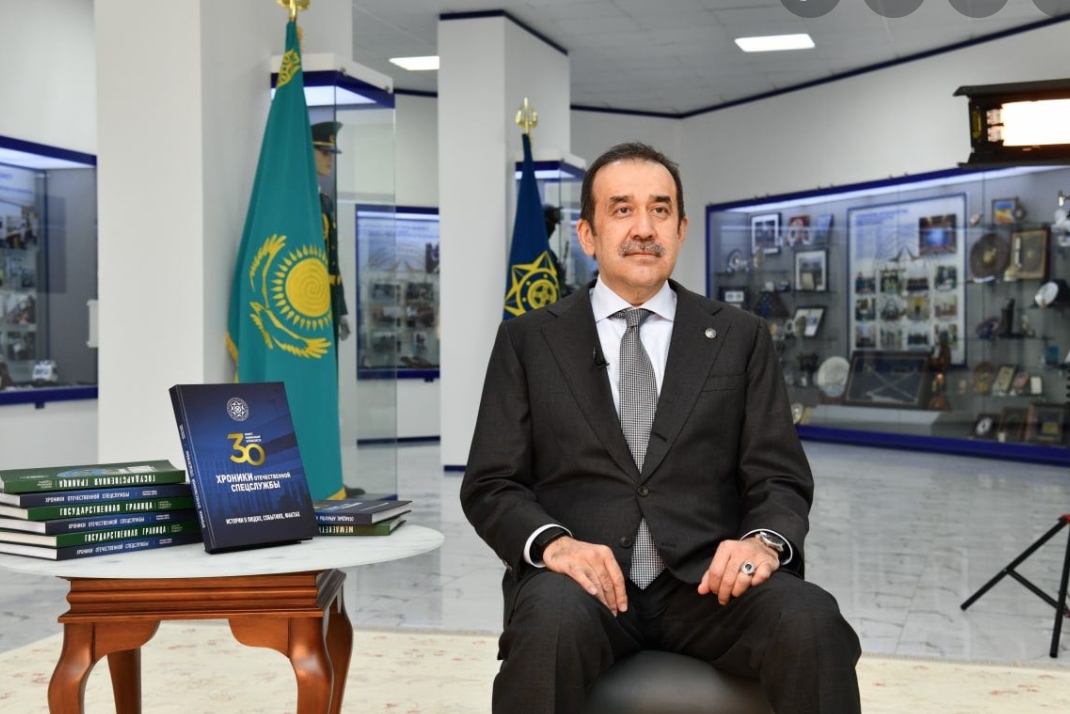 Karim Masimov, a hitherto political heavyweight who was sometimes tipped as presidential material, has experienced a spectacular downfall this week as unrest roils Kazakhstan. First, he was fired from his powerful position as security chief, then he was arrested on treason charges. Eurasianet looks back at the career of the banker turned politician turned security hawk turned (alleged) coup conspirator.

Born in 1965 in a provincial Soviet city that was then called Tselinograd and is now Nur-Sultan, the capital of Kazakhstan, Masimov became an accomplished linguist in the 1980s, studying Arabic in Moscow and Chinese in Beijing. He also did graduate studies in management in Kazakhstan.

When he later became a politician, rumors swirled that he had worked for the KGB at this time, since this type of background was typical for recruits to the Soviet spy agency.

After Kazakhstan gained independence in 1991, Masimov became a representative for his new country in its trade and commercial structures in China and Hong Kong.

He worked in banking in the mid-1990s, at a time when many were making fortunes in the new Kazakhstan’s nascent financial sector.

As chairman of the board at Halyk Bank, he made some powerful connections: The bank is owned by Dinara Kulibayeva and her husband Timur, the daughter and son-in-law of Nursultan Nazarbayev, who was president of Kazakhstan from independence until his resignation in 2019.

He served two stints in that job: from 2007 to 2012 and from 2014 to 2016, working as Nazarbayev’s chief of staff in the interim. As PM, Masimov was generally regarded as affable and open, and sometimes tipped as a future president – though his mixed Kazakh-Uighur ethnic heritage was viewed as a factor that would hold him back in a country where people expected a full-blooded Kazakh as president. Masimov once forced a media outlet to issue a rebuttal to a report claiming that he was Uighur, on the grounds that his Uighur heritage is on his mother’s side, whereas ethnicity derives from the father by Kazakh tradition. In 2016, Nazarbayev appointed him as security chief, the position in which he was allegedly fomenting treason.

The most abiding image of the mustachioed Masimov in this rollercoaster of a career is of him boogying on down in a trendy nightclub in the capital, then called Astana, before it was renamed after his political protege Nazarbayev, back in 2008.

“Although the club offers a VIP area, Masimov chose to sit at a table in full view of all of the club's patrons.” A U.S. diplomat “lingered close to Masimov's group and saw several bottles of alcohol on the table,” the cable noted earnestly.

Masimov is then depicted as a bit of an exhibitionist, as he “led his companions on to Chocolat's dance floor soon after their arrival” and “chose to dance on an empty stage above the dance floor.”

He was also a stayer, because “his companions quickly tired, but Masimov remained, dancing alone and animatedly on the stage for another 15-20 minutes. At approximately 1:00 am, Masimov and his retinue left the club.”

Now, Masimov has left Kazakhstan’s political establishment to face what is likely to be a long spell behind bars.