Kazakhstan may get its first-ever female presidential candidate

Yespayeva's run may be a trial to condition the electorate to a female leader in future. 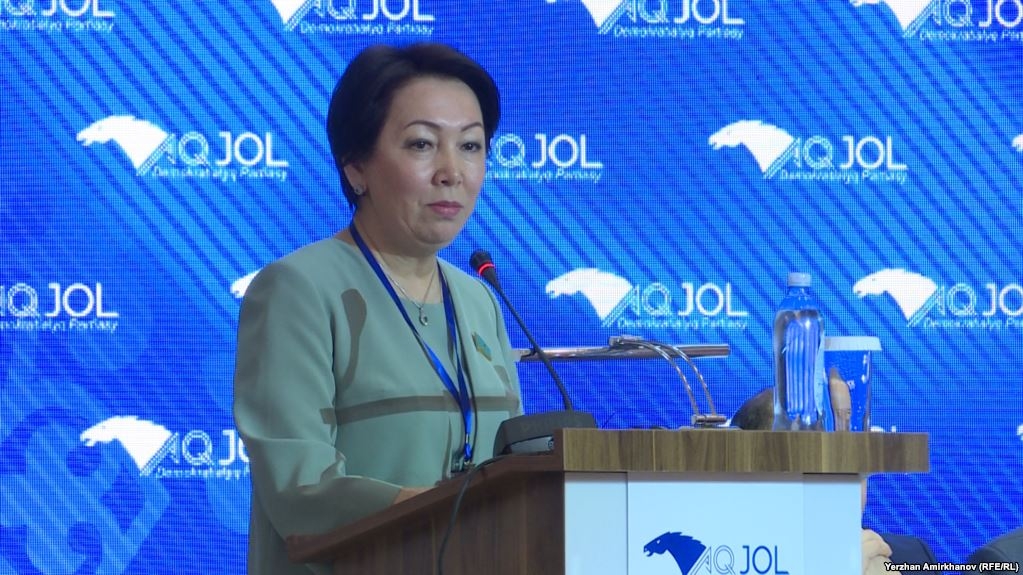 The presidential election in Kazakhstan scheduled for June may, for the first time in the nation’s history, feature a female candidate.

She won’t win, but it is something of a breakthrough nonetheless.

The winner of the June 9 vote will be current acting President Kassym-Jomart Tokayev, 65, who was formally put forward as a candidate on April 23 by the ruling Nur-Otan party.

The election shows no indication of being genuinely competitive and is intended primarily to convey the surface appearance of adherence to democratic norms. Those unfortunate enough to be paid to scrutinize the electoral simulation will as a result be compelled to seek scraps of significance elsewhere.

Ak Zhol, a pseudo-opposition party with seats in parliament, announced this week that it intends to field Daniya Yespayeva as its candidate. Party leader Azat Peruashev said he wanted to see Yespayeva run as part of his design to generate competitiveness within Ak Zhol.

Yespayeva’s nomination was approved at a party congress in the capital Nur-Sultan (formerly Astana) on April 25. Half the 190 delegates voted for her, while the remaining ballots were split among five men.

Yespayeva, 58, has been a member of the lower house of parliament since 2016. Her activities in the legislature have focused on finance and the state budget, to which she brought her expertise from a prior decades-long career in the banking sector.

Speaking at the congress, Yespayeva tackled the gender issue head-on.

“At this plenum we have heard words from many men about how women have never been at the lead among Kazakhs and that women should know their place. That really offended me,” she said.

She then noted that women in Kazakhstan had also never been involved in high-level corruption cases.

The formal registration of candidates for the election begins on May 11. Following constitutional reforms in 2017, independents can no longer put themselves forward. Candidates must receive backing from either a legally registered political party or a public association. The government routinely denies approval to parties and movements with positions markedly critical of the authorities.

If his run were to get approval from election officials, one curious exception would be Amirzhan Kosanov, an opposition politician who was nominated to contest the vote by the Destiny of the Nation movement on April 26.

Other people who have thrown their hats into the ring are Amangeldy Taspikhov, a former Nur Otan functionary nominated by the Federation of Trade Unions of Kazakhstan, a little-known journalist called Sadybek Tughel, who belongs to a movement called the Eagles of the Great Steppe, Toleutai Rakhimbekov from the rural issues-focused Auyl political party, and Zhambyl Akhmetbekov from the Communist People's Party of Kazakhstan.

In light of her bona fides, the formalization of Yespayeva’s nomination looks like a formality.

Then again, women in Kazakhstan have tried to run for president before, but been denied the opportunity.

At the 2015 vote, Limana Koyshiyeva, the head of a nongovernmental group in what was then Astana, and Aigul Utepova, a housewife from the southern city of Shymkent, tried to run as independents. Election officials denied both their applications.

The broader implications of this gender issue have to do with the continued, pained issue of succession. Nursultan Nazarbayev, 78, stepped down in March and handed the reins over to his trusted lieutenant, Tokayev. But there are still those who believe that Tokayev may eventually in turn hand over power to Nazarbayev’s 55-year-old daughter, Dariga Nazarbayeva.

Nazarbayeva was appointed head of the Senate after her father’s surprise retirement. That position means she would take over if Tokayev were unexpectedly incapacitated or if he suddenly resigned.

One strain of thinking is that Nazarbayeva might but for the overwhelmingly patriarchal nature of Kazakh political culture have been put forward for the presidency in a nakedly dynastic exercise. Even with all the state’s powers at her disposal, Nazarbayeva might have struggled to obtain the endorsement of the general population — so goes the thinking.

In this sense, Yespayeva’s presence of the candidate list could serve to break the taboo about women running for the highest office and thereby lay the ground for an eventual Nazarbayeva run, perhaps at the next elections.