182 health workers have been infected at one hospital alone. 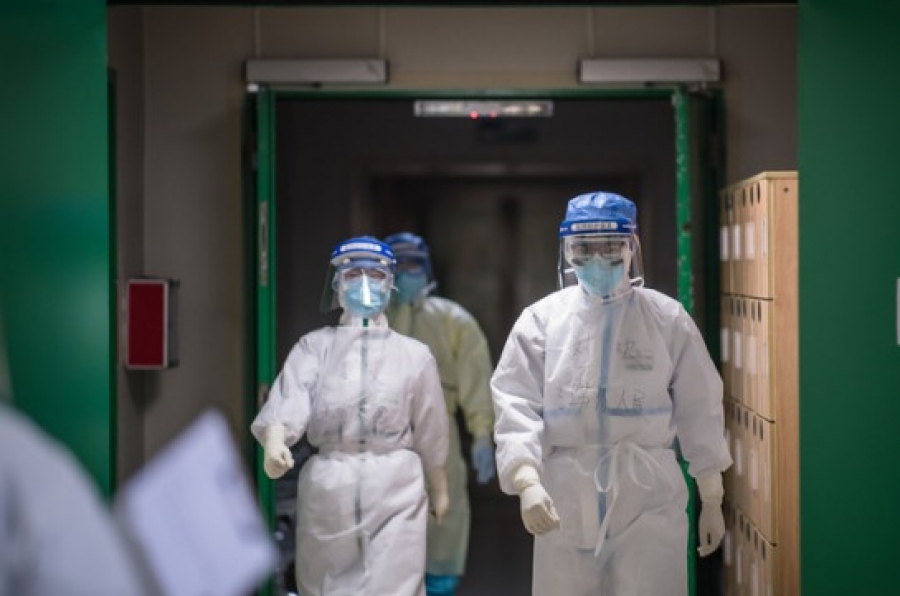 The coronavirus is taking an abnormally heavy toll on health workers in Kazakhstan, especially in the business capital, Almaty, giving fresh impetus to calls for front-line staff to be provided more protective equipment.

There was another sobering status update on April 15. A representative of the Almaty public health department announced in the latest bulletin that 35 members of staff at the Almaty city central clinic hospital had been registered as carriers of the virus. That brings the total at that hospital alone to 182.

Almaz Dzhuvashev, the head doctor at the hospital, was fired overnight. Earlier, the head of the city’s health and safety department, Aizat Moldagasimova, attributed this particular outbreak to a possible lack of caution by medical workers while using personal protective equipment, or PPE, whose volumes she insisted was sufficient to requirements. There is no detailed publicly available information about how much PPE medics across Kazakhstan have been provided.

The figures are particularly alarming since they represent a substantial proportion of the overall number of confirmed coronavirus cases in Almaty, which stood at 380 as of April 15.

One cause for the sudden uptick in confirmed cases is that more tests are seemingly being carried out. On April 14, Tleukhan Abildayev, the director of the Almaty department for health services, said in a briefing that an epidemiological investigation had been initiated and that health workers were undergoing a more stringent test regime.

The exposure of medics to the virus is being recorded outside Almaty too. Lyudmila Byurabekova, a representative for the Health Ministry, told RFE/RL’s Kazakh service, Radio Azattyq, in an interview on April 13 that one in every five infected person was a medic.

The authorities are eager to be seen as showing strong solidarity with front-line staff. Addressing health workers through Facebook, Health Minister Yelzhan Birtanov describes staff battling the coronavirus as “heroes” and urged them to ignore what he described as the brickbat of critics.

“Sadly, we now have a lot of pseudo-experts, so-called specialists bored with quarantine and armchair critics. They are inundating social networks and newsfeeds with their garbage information,” he wrote.

The thrust of the social media criticism to which Birtanov seemed to be alluding has been most directed at the government rather than the medical workers themselves. Work conditions and pay are the two most common refrains.

According to government figures from 2019, the average monthly pay of medical specialists in Kazakhstan is around $320. That is below the average national pay of $420.

The government is trying to address that issue for staff involved in handling the most critical aspects of this ongoing crisis. At the end of March, it said that health workers on the front line of the battle on coronavirus would be eligible for month bonuses of between 212,500 tenge ($500) and 850,000 tenge ($1,900).

Many medics feel they are being overlooked, however. A family doctor in Almaty, who spoke to Eurasianet on condition of anonymity out of fear of losing her job, noted that it is people like her who are often the first to be exposed to potential infected cases.

“There are 1,800 people in my patch. I see patients every day and go out on calls. One time, I had to take the husband of an infected woman to the hospital,” she said. “We could fall victim to this infection at any moment, but we don’t get this bonus.”

And then there is the matter of personal protective equipment.

Tolkynai Ordabayeva, a doctor in the Merke district of the southern Jambyl region, which has had 49 cases to date, wrote on Facebook to say that managers at her hospital were forcing staff to sew their own protective masks. Ordabayeva, who has herself contracted COVID-19, also said there was insufficient testing.

“The question is where has all the money allocated by Jambyl region healthcare management department for PPE, masks, antiviral drugs, for the doctor bonuses ended up?” she wrote. “Why are there no PCR-based tests being carried out?”

Another doctor currently working at a COVID-19 hospital, told KazTag news agency on condition of anonymity that he and his colleagues have to work “in terrible conditions” and that they are “emotionally broken.”

It was not specified in the KazTag report in which city the hospital is located.

If they “had been provided with all necessary things in advance, it would be easier,” the doctor said. “But, instead, they intimidate us, threatening us with dismissal if we tell the truth.”