His spokesman said the former president is still working remotely. 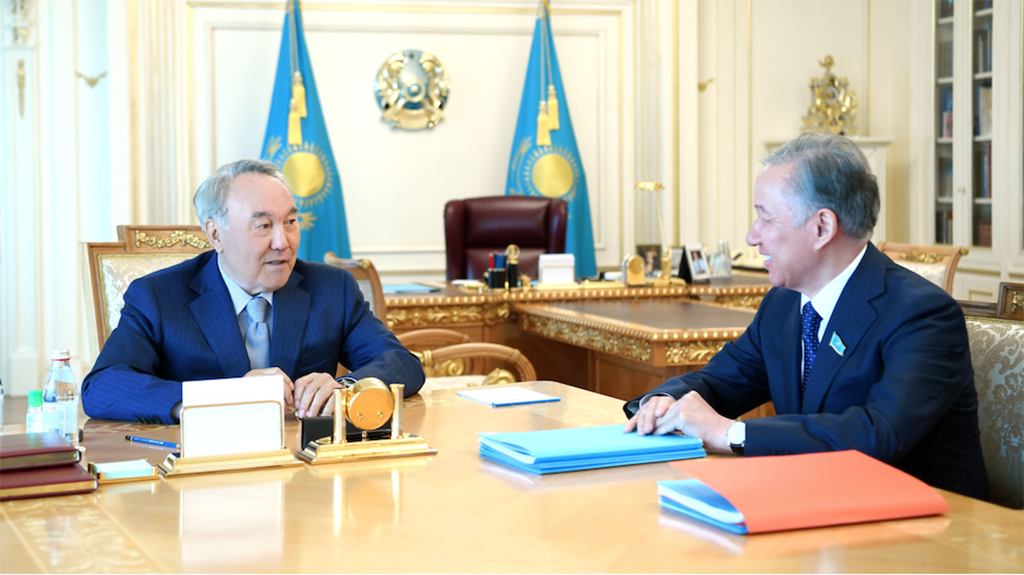 Nazarbayev, left, meeting with parliament speaker Nigmatulin in May. Both men have now tested positive for COVID-19. (Photo: Elbasy.kz)

Kazakhstan’s former president Nursultan Nazarbayev has been diagnosed with COVID-19 and has now been placed in isolation, his press secretary revealed on June 18.

“Unfortunately, after the last test administered to [Nazarbayev], there was a positive result for coronavirus,” Aidos Ukibay wrote on Twitter.

Ukibay said, however, that there was no grounds for concern and that Nazarbayev was continuing to work remotely.

News that the 79-year-old, who resigned last year but still wields considerable powers, has succumbed to the coronavirus only appears to confirm the extent of the outbreak in Kazakhstan, whose lightening of the lockdown imposed in March appears to have created space for a new wave of infections.

Members of the elite have not been spared either.

On June 14, Health Minister Yelzhan Birtanov announced on Facebook that he had contracted the coronavirus and appeared to have developed complications.

“Unfortunately, this is not an asymptomatic form, so I was admitted to an infectious diseases hospital," he wrote.

Birtanov cautioned fellow citizens to continue abiding by precautionary measures, such as maintaining social distancing, to try wherever possible to work from home and to limit contact with elderly relatives.

Birtanov’s positive test prompted other members of the Cabinet and top officials to self-isolate, although some damage had already been done.

On June 17, it was revealed that the speaker of the lower house of parliament, Nurlan Nigmatulin, was also diagnosed with COVID-19.

President Kassym-Jomart Tokayev, who was handpicked by Nazarbayev to take over running the country, wished his successor well.

“He is a strong-willed man, his whole life he has been overcoming [challenges], so I am sure that he will successfully overcome this test too,” he wrote on Twitter.