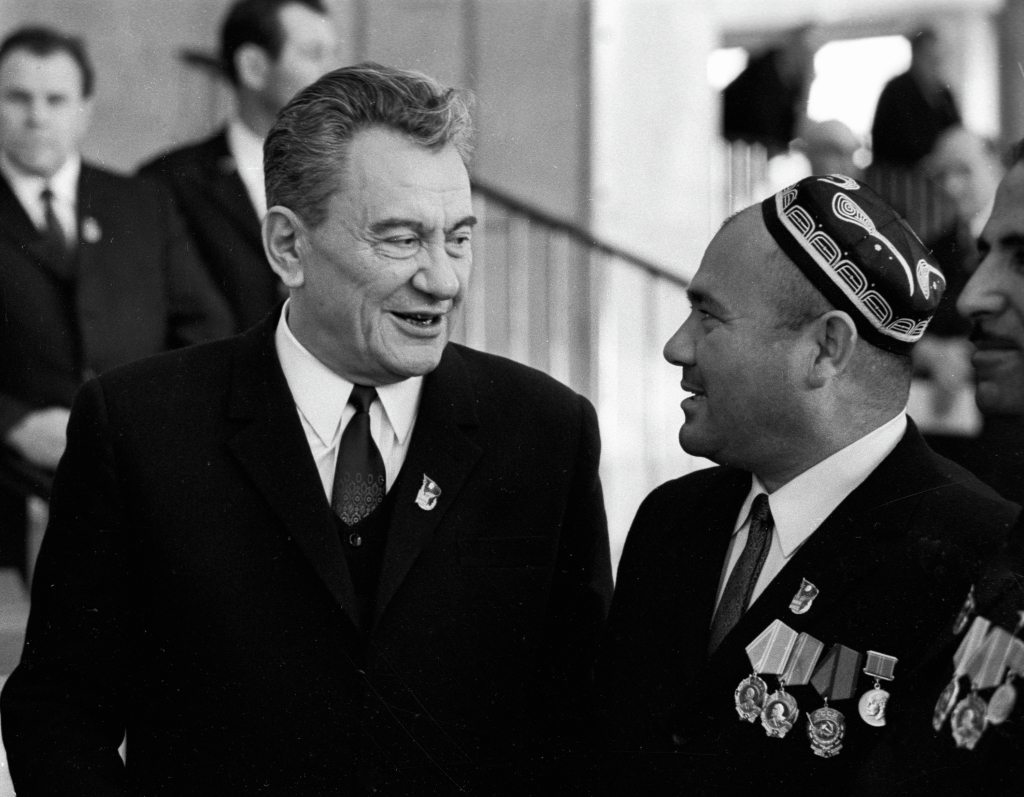 In a state-funded propaganda film released in 2016, Soviet Kazakhstan’s longest-reigning communist party secretary Dinmukhamed Kunayev is portrayed as old and out of touch, a roadblock to his younger, reform-minded protégé, Nursultan Nazarbayev.

But some 28 years after his death, Kunayev is enjoying a political reincarnation at Nazarbayev’s expense.

While much about the chaos and violence that left over 200 people dead in January remains poorly understood, the effect on Kazakhstan’s political landscape is clearer.

President Kassym-Jomart Tokayev, visibly constrained by Nazarbayev’s clout prior to the crisis, appears to have asserted control over the national political conversation.

His octogenarian predecessor, who retained significant formal powers and privileges even after teeing up Tokayev as his replacement in 2019, has had most of those stripped from him.

Members of Nazarbayev’s once off-limits family have shed lucrative and powerful positions, and some are now under investigation.

It is in this context that Kunayev has bounced back, and the signs are there for all to see.

The former bigwig’s memoirs have been republished – some say for the first time since the year after his death in 1993 – and are proudly displayed in Almaty’s biggest bookseller.

Staff at Almaty’s Kunayev museum say footfall has doubled since mid-March, when Tokayev first backed an idea to rename the resort town of Kapshagay not far from Almaty in the Soviet official’s honor.

On May 8, the regional governor unveiled a statue of Kunayev and held a celebration to formalize the town's name change.

A few days earlier, lawmakers had called for the country’s busiest airport, Almaty, also to be named for Kunayev.

For analysts, Kunayev’s re-emergence in the narrative of Kazakh state-building is a signal of both change and continuity.

By creating a contrast between Nazarbayev and Kunayev, Tokayev and his team “show the Kazakh people that they are making independent decisions,” political scientist Shalkar Nurseitov told Eurasianet.

Diluting Nazarbayev’s public image is beneficial to Tokayev “because of the role that Nazarbayev’s persona and political legacy played at the beginning of the [January] unrest,” the analyst said.

Kunayev served as the Kazakh Soviet Socialist Republic’s top official from 1960 to 1962 and 1964 to 1986 and was regarded as one of Soviet leader Leonid Brezhnev’s Old Guard.

Moscow’s decision to replace him with Gennady Kolbin, a Russian without any ties to Kazakhstan, would pave the way for unprecedented demonstrations in Almaty in December 1986, which were put down with lethal force by Soviet troops.

But before that, Kunayev was dealt a blow from below by the republic’s chairman of the council of ministers: Nazarbayev.

In a speech at the Kazakh Communist Party’s 15th conference in February 1986, Nazarbayev unleashed a withering criticism of the party’s performance.

Witnesses said he did not directly attack Kunayev but struck out instead at Kunayev’s brother, Askar, who was the president of the Academy of Sciences at the time.

In the film “How the stars aligned” – one part of a six-part hagiography covering Nazarbayev’s life – this speech is recalled as Nazarbayev’s initiative, for which he was prepared to risk his career and freedom.

Commentators have speculated however that the rising Nazarbayev would likely have enjoyed strong backing from Moscow, where Mikhail Gorbachev was eager to clear out the Brezhnev-era deadwood.

Anyone with a taste for schadenfreude can find echoes of that event in Tokayev’s effort to distance himself from his own political patron.

On January 11, less than a week after the peak of violence that began with peaceful protests over an energy-price hike, Tokayev chided Nazarbayev in a national address for allowing the emergence of a super-rich elite.

In April, Tokayev called for a “New Kazakhstan” and a “Second Republic”.

It seems unlikely for the moment that Nazarbayev will experience the level of discomfort that Kunayev faced after his dismissal, which included an extended stint under house arrest prior to independence.

Tokayev has continued to praise Nazarbayev’s contributions to Kazakh statehood and has so far resisted calls to change the capital’s name back to Astana from Nur-Sultan. It was Tokayev, after all, who championed the rechristening in the first place as Nazarbayev stepped aside three years ago.

Andrei Chebotarev, a researcher and an Almaty native, told Eurasianet that Kunayev’s position as a Soviet bureaucrat makes him a convenient hero: His achievements can be celebrated as his own, while shortfalls of the era can be blamed on Moscow.

“Even I, after a time, began to reevaluate him, to study his writings,” Chebotarev said. “I was a teenager during perestroika, and we were encouraged to think badly of the leaders of the “Era of Stagnation.” But now I want to think of Kunayev as something more than just part of Brezhnev’s team,” Chebotarev said.

The old, three-room flat in Almaty where Kunayev spent more than two decades, and which serves as part of his museum, is certainly a far cry from the luxurious foreign properties collected by Nazarbayev and his billionaire relatives.

Museum staff told Eurasianet that their modest salaries had been increased 15 percent since the January unrest, but lamented that food prices have gone up even faster.

Recent guests included a crew from the state-funded broadcaster Khabar television – once at the forefront of Nazarbayev’s personality cult.

The museum now greets around 800 visitors every week, the staffers estimated, compared to around 400 before Tokayev called for Kapshagay to be renamed in the former leader’s honor.