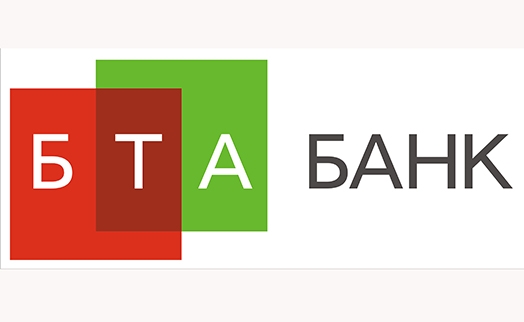 A decade-long battle over multibillion-dollar assets involving the bête noire of Kazakhstan’s government has dragged a powerful billionaire close to ruler-for-life Nursultan Nazarbayev into a court battle in the United Kingdom.

A UK court last month ruled to freeze $5 billion worth of assets belonging to Bulat Utemuratov, a businessman and former official in Nazarbayev’s administration once described by U.S. diplomats as “rumored to be Nazarbayev's ‘personal financial manager.’”

Utemuratov, whose portfolio of business interests encompasses banking, the telecoms sector, the hospitality industry and mining, has denied allegations of wrongdoing and said the claims are based on false documents. He has vowed to contest them in court.

The ruling came at the behest of BTA Bank, a now-defunct lender that has since 2009, with the backing of Kazakhstan’s government, waged a legal battle for asset recovery in courts around the world against former chief executive Mukhtar Ablyazov. It has scored many legal victories against the discredited banker and opposition rabblerouser along the way.

Since Ablyazov has also spent the last decade pursuing a personal feud against Nazarbayev and fighting for regime change, the news that government-backed BTA has targeted a businessman close to Nazarbayev has sparked rumors of elite infighting.

The November 13 ruling reported by the Wall Street Journal targets companies linked to Utemuratov, including firms that own stakes in luxury Ritz-Carlton hotels in Nur-Sultan, Moscow and Vienna and the Burger King franchise in Kazakhstan, which is run by Utemuratov’s son, Anuar.

The UK court order freezes Utemuratov’s stakes in the companies, but it does not affect their activities, his team at Almaty-based investment company Verny Capital clarified.

“These restrictions do not concern and do not influence the operational activity of companies in which Bulat Utemuratov is a shareholder, including banks, hotels, telecoms operators, a mining company and fast-food restaurants,” Verny Capital general director Yerlan Ospanov told Eurasianet in written remarks on December 2. “All companies continue to work normally.”

The freezing order came after BTA added Utemuratov and several business associates as defendants in November to a case that it had first filed against Ablyazov and Ilyas Khrapunov, his Switzerland-based son-in-law, in 2015.

Utemuratov is preparing to mount a court challenge to BTA’s claims against him, which were “lodged on the basis of false documents,” Ospanov said. “All the documents are completely falsified.”

With a fortune worth some $3 billion, Utemuratov is the world’s 764th wealthiest person, according to Forbes rich list, and the fourth wealthiest in Kazakhstan – behind Dinara Kulibayeva and Timur Kulibayev, Nazarbayev’s daughter and son-in-law, who have a combined fortune nudging $6 billion.

Ablyazov, who has always claimed that corruption accusations against him are politically motivated, dismissed the latest allegations as false. In a statement to Eurasianet, Khrapunov derided them as “ridiculous and fictional.”

Ablyazov delved into the realm of conspiracy to suggest that the case was part of a plot to discredit Utemuratov as a “political heavyweight and rival in the fight for power.” In a Facebook post, he pointed the finger at Karim Masimov, the head of the National Security Committee, but offered no evidence for his claims.

Behind-the-scenes elite infighting has long been rumored amid ongoing uncertainty about what will happen when Nazarbayev, who turned 80 this year, finally quits the political scene.

Nazarbayev resigned as president in March 2019, but he retains considerable sway and holds official powers as Leader of the Nation and lifetime chairman of the Security Council. Kassym-Jomart Tokayev holds the presidency, and there are constant swirling but unsubstantiated rumors of a power struggle between the two.

Tokayev spoke warmly of Utemuratov last week, but it is unknown whether the president was aware of the court proceedings under way involving him in London.